In one sense, it was a meeting of a major contradiction. When about 60-70 journalists from Italy, Albania, Portugal, Turkey, Morocco, Afghanistan, Switzerland, Holland and Romania gathered to discuss the most burning and actual issues linked to the Meditarreanean Sea basin, it happened against the stunning background of the beautiful southern Italian port city of Otranto.

Here, we spent three days, touching on the topics of barbarism that sweeps through the parts of the Middle East, the rise of ISIS, the relationship between Islam and democracy, the highly tragic immigration crisis which sends ripples into the depths of Europe, threatening the political mindset. Many of our colleagues had come with their own bags of experience from the field; they had stories of their coverage of the conflict and the humanitarian drama which involves desperate people fleeing from the war and death.

We also had opportunity to meet with the officials of Italy. High rank officials from the Italian Navy and the Coast Guard shared with us their coverage of the rescue operations and personal experiences. 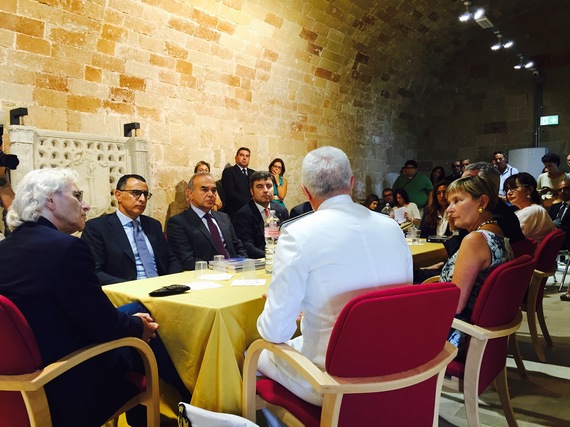 Contradiction was visible: listening the stories and sharing experiences made the beauty and tranquility of the historic city of Otranto and the hospitality of its people something to be thankful for.

The significance of the choice was clear: Otranto, the easternmost part of the İtalian Peninsula, - at its 'heel' - was a point that opened to the east. Ottoman flotillas more than 500 years ago had invaded the area; an act still vivid in the collective memory. The pirates, sent by Sultan Mehmet II, conqueror of Istanbul, ravaged the area. The skulls of the city locals slaughtered, now declared as 'martyrs' by the Pope, are at display in the magnificient cathedral of Otranto.

The castle, overlooking the east of 'Mare Nostrum', as the Mediterranean is called, stands also, symbolically, as a point of meeting and separation.

In a section, I had the pleasure to see the celebration of one of the masterpieces of the 20th Century Italian literature. It highlighted the great memory of Maria Corti, a great militant critic, author, essayist and academician. Her masterpiece, a novel dating back to early 1960's, titled, simply 'Otranto' (L'Ora di Tutti' in its Italian original), tells the story of the Ottoman invasion in 1480, from the perspective of the common locals. I was very happy to see the 'grand lady' of Italian humanism looking at all of us with her keen eyes, as if to remind how precious the lives of all who share this fantastic sea, wherever they are. 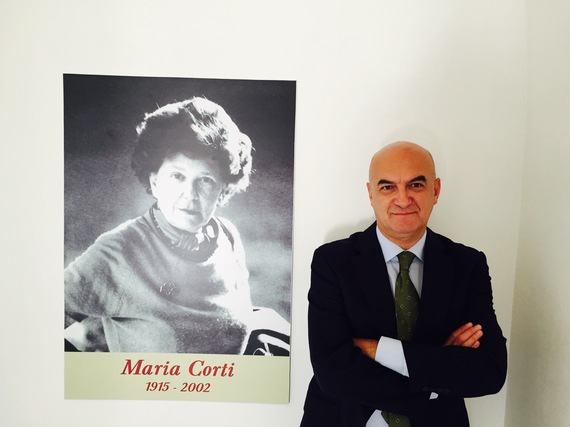 Otranto has been, more recently, a key point for all those fleeing the conflict in Balkans - mostly Albanians. But, this time, the crisis is much larger, with unpredictable magnitude and consequences.

We all had also time to celebrate our profession. The purpose of the gathering also was to applaud the 'Caravella Awards', as part of the competition 'Journalists of the Mediterranean', which is organized by the the association 'Terra del Mediterraneo', based in Bari, in Puglia region - under the direction of Tommaso Forte.

This one was the 7th ceremony, an event that attracts growing attention, beyond the borders of Italy, inviting powerful debates of our role across the basin.

I felt deeply honoured to be amongst this year's winners, which included Italian and North African colleagues. I was told that the motivation for my prize was for the "passionate following of politics, and attempts to bring a deep perspective to its cause-effect relationships and the role for triggering public debate in the geopolitical issues.' 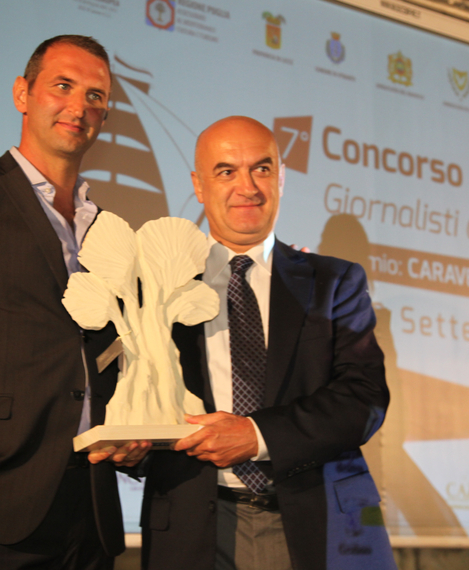 Humbled, all I could offer as a message was this:

'I come here with the salutations of my colleagues in Turkey, those who struggle to remain independent, and critical to all forms of power. As much as other parts of the Eastern Mediterranean, Turkey undergoes a particularly delicate moment. It is now hosting around 2 million refugees from Syria; and the escalating armed conflict between the Turkish Army and the PKK threatens the social stability, which os of great concern to all of us.'

I left Otranto with an entrenched sense of how much more strained our profession has become during these years. All the heartbreaking stories we shared were a reminder that we should report more vigorously those of the victims of pain and suffering, and keep the powers under pressure to make the Mediterranean, once more, a sea of peace and serenity.