Carbohydrates are the latest comfort food to be demonized on the Internet, following the publication this week of a new study linking high-glycemic diets to an increased risk of lung cancer. Some media outlets took that news and ran with it, one even going so far as to assert that bagels might be giving you lung cancer. (Really, Gothamist?)

We have good news: You can still eat your bagels. Here's why.

Even if the study was flawless, the absolute lung cancer risk for nonsmokers is very small

The study, which was published in the journal Cancer Epidemiology, Biomarkers and Prevention, compared population data and diets from 1,900 people with lung cancer and 2,400 control subjects. The researchers found that people who consumed the greatest amount of high-glycemic foods -- think refined carbs such as white bread, potatoes, and yes, bagels -- were 49 percent more likely to develop lung cancer than the people who consumed the least amount of high-glycemic foods.

But here's the catch: Your risk of getting lung cancer if you've never smoked is still extremely low.

Estimates for lung cancer incidence rates in nonsmokers vary, but for simplicity's sake, we calculated the lifetime risk of developing lung cancer if you've never smoked to be roughly 2 percent. (The total incident rate for smokers and nonsmokers combined is 7 percent for women and 6 percent for men, according to the American Cancer Society.)

According to the new study, if you eat many more refined carbs than the general population, your risk could increase, but it would max out at around 4.5 percent -- only a couple of percentage points more.

"The associations between glycemic index and lung cancer were still relatively small, particularly when we think of the impact of other risk factors such as smoking," study author Dr. Xifeng Wu, professor of epidemiology at the University of Texas MD Anderson Cancer Center, told The Huffington Post.

"It’s easy to lose some of the nuance of the study when conveying the overall message to the public," she said, referring to Gothamist's coverage.

But the study was not flawless

Beyond the overblown media interpretation of the report, the American Lung Association took issue with study itself.

"Retrospective case control studies such as this one don’t determine causality," the association said in a statement provided to The Huffington Post. The group also noted that the study didn't control for diabetes, heart disease or hypertension in its subjects, and that self-reporting of past dietary intake is subject to error.

The study also failed to control for income or environmental factors, such as exposure to radon gas, air pollution and secondhand smoke, all of which are known lung cancer risk factors for non-smokers.

There are also many other lifestyle factors besides enjoying bagels that contribute to your cancer risk, such as a sedentary lifestyle, high consumption of red and processed meat and a lack of fruits and vegetables.

"All these factors are important when we think about cancer prevention," said Wu.

That said, there's nothing wrong with looking for modifiable lifestyle factors that could help nonsmokers lower their (admittedly tiny) risk of developing lung cancer. High-glycemic foods can impact blood glucose and insulin levels, and chronically elevated insulin levels can influence cancer risk. It's definitely something to keep in mind!

But before we focus on food as a danger for lung cancer, we might want to focus on the nearly 17 percent of adults in the United States who still smoke.

As it stands, 90 percent of lung cancers are related to smoking, and men who smoke a pack of cigarettes a day are 23 times more likely to die of lung cancer than those who've never smoked. Cigarette smoking accounts for 30 percent of all cancer deaths, and even beyond disease, smoking is notoriously dangerous to your health -- it kills more Americans than alcohol, car accidents, suicide, AIDs, homicide and illegal drugs combined, according to the American Cancer Society.

"It is important to keep in mind that smoking is still the most important risk factor for cancer," Wu said.

The bottom line: Put down your cigarette. Eat a bagel instead.

Also, let's stop vilifying carbs, which can be part of a healthy diet

Of course, even if refined carbs are unlikely to give you lung cancer, they're still not the most nutritious food you can put on your plate. The 2015 Dietary Guidelines recommend eating up to six ounces of grains each day, half of which should come from whole grains such as whole oats, brown rice, quinoa and wild rice.

And as always, it's smart to indulge in not-so-good-for-you foods in moderation.

"The key take away from this study is that we can help reduce of risk of cancer by engaging in healthy behaviors," Wu said. 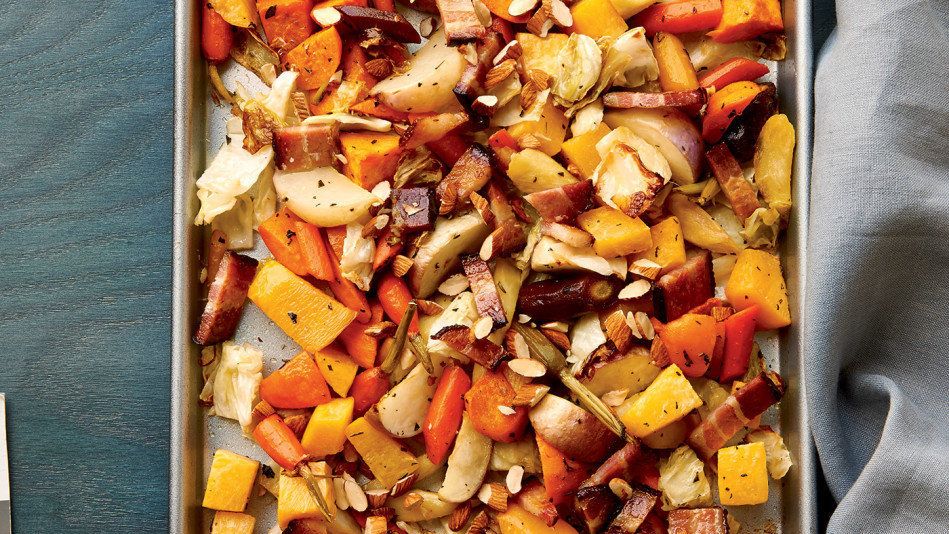