A consortium of forward-thinking environmental groups led by the Dogwood Alliance, major corporations such as Staples and Coca Cola, and large and small private landowners is demonstrating that even in today's tough economic times and post-post partisan political landscape, it is possible to create a thriving economy by protecting rather than destroying our natural resources.

Working as partners rather than foes, this consortium has launched a paradigm-shifting project called the Carbon Canopy that is attracting international attention. In February, the World Resources Institute, one of the largest environmental policy think tanks in the world, issued a brief highlighting the broader importance of the Carbon Canopy's work in the Southern Appalachians. 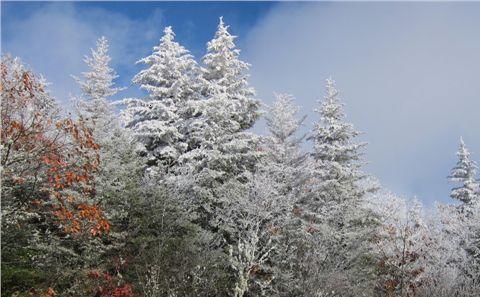 The Carbon Canopy is developing markets that advance forest preservation and sustainable management by compensating landowners for the environmental benefits created by healthy forests that we all enjoy (removing and storing atmospheric carbon, providing timber and other forest products, renewing and filtering water and maintaining biodiversity, to name a few). Here's how it works: In the Carbon Canopy, large U.S. corporations pay landowners to enhance a forest's ability to remove and store carbon. This is done through leaving more trees intact during harvest operations, expanding protected areas, and avoiding damaging logging practices such as clear-cutting and converting natural forests to tree plantations. In return, these corporations receive valuable carbon credits towards meeting their own voluntary greenhouse gas emission reduction targets, and bask in the resulting positive publicity.

These corporate investments will bring urgently needed new revenue sources to landowners that commit to long-term forest conservation via a conservation easement or 100 year agreement. At a time when federal and state funding has been dwindling, Carbon Canopy is driving new private investment in forest conservation. Perhaps even more importantly, this project offers a feasible new model that makes protecting rather than destroying our natural resources a sound financial decision.

This kind of green capitalism is potentially applicable to a wide variety of environmental goods and services generated by ecosystems all over the world. At present, however, Carbon Canopy is focusing their efforts on the carbon services provided by forests in the Southern U.S. This is because although this region is home to the most biologically diverse forests in North America, it is also home to the world's most extensive industrial logging operations. In fact, although the Southern U.S. contains only 2 percent of the earth's forests, it supplies 20 percent of the world's wood and paper products and is the main reason why the U.S. has the highest percentage of forest cover loss on the planet. A recent U.S. Forest Service Report concluded that forests play an even greater role in climate change than previously thought.

The impacts of the South's intensive logging operations have been severe: Millions of acres of healthy, diverse, natural forests have been converted into degraded, low-diversity industrial pine plantations. Unique ecosystems such as the once extensive native long-leaf pine forests have been virtually eliminated, and species that depend on these ecosystems such as the red cockaded woodpecker have been driven to the edge of extinction. The massive loss of formerly forested coastal wetlands has led to increased and costly flooding. Adding insult to injury, rather than providing good jobs and a decent standard of living, economists have found a direct correlation between forest degradation and poverty throughout the rural South.

But we don't have to keep doing things this way. Mark Buckley, VP of Environmental Affairs at Staples, believes the alternative Carbon Canopy approach offers a win-win solution: "Staples and other buyers can purchase carbon offsets and the fiber supplied by engaged woodland owners," he said, "and, in turn, woodland owners are financially compensated for providing valuable benefits to society, which helps protect forests."

At present, Carbon Canopy is developing projects with large and small private landowners across the Southern Appalachians. Their long-term goal is to use the developing markets for carbon and other ecosystem services to catalyze the sustainable stewardship of an additional 20 million acres of Southern forests within the next 20 years. "We're building a new paradigm for landowners," noted Andrew Goldberg, Director of Corporate Engagement at Dogwood Alliance. "Now they can actually profit from improving forest management practices that protect our climate, water and biodiversity."

Professor of Ecology and Environmental Science at Brevard College