For many, cap-and-trade is the best way to rein in greenhouse gas emissions. In contrast to standard command-and-control approaches to curbing pollution, the government's role in cap-and-trade is minimal. It sets a cap on total emissions -- typically a cap that declines over time. The government also oversees a distribution of emission-allocations so that the total allocation equals the cap. Meeting the cap is left to the "carbon market," where emitters buy and sell allocations to maximize profits and meet pollution limits with the government enforcing compliance. 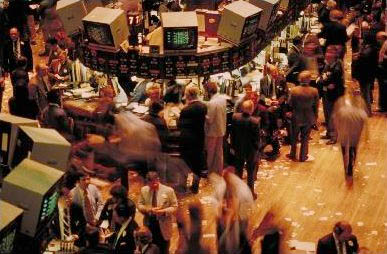 Cap-and-trade has been on a roll when it comes to fighting global warming. Some countries in the Kyoto Protocol use an international carbon market to meet required emission reductions. In the United States, the Regional Greenhouse Gas Initiative (RGGI, pronounced "Reggie") is a carbon-trading system designed to cut global warming pollution from power plants in its ten participating Northeastern states. And the leading climate bills considered (but not enacted) by Congress have included national-scale cap-and-trade mechanisms.

Critics preferring other approaches like carbon taxes argue that there are too many devils in the cap-and-trade details (see this New York Times op-ed).

Some Sticking Points of Carbon Trading

How to distribute emission allocations. Finding consensus on this point can be contentious. The government can choose to divvy allocations among emitters based on historical emissions. Opponents fault such a distribution scheme as a huge giveaway to polluters. Auctioning allocations is another approach. But many emitters oppose it, arguing it will impose crippling financial penalties on them. (RGGI just completed its first auction.)

Where to set the "point" of compliance. Should the cap be set "upstream" of or at the point of emission? Consider the example of automobile pollution. A cap could theoretically be applied at the point of emission (our cars) or completely upstream at the production point (petroleum refiners and/or automakers), or somewhere in between (e.g., gas station operators). Thankfully, virtually all cap-and-trades bypass consumers like you and me and focus on upstream emissions. But then the question becomes, where upstream? In our automobile example, the carmakers argue the cap should be on the petroleum industry, while the petroleum industry argues the opposite.

What's the appropriate cap. Where to set the cap. Europe learned this lesson the hard way when it embarked on the EU Emissions Trading Scheme (ETS). Officially launched in January 2008 after a 2-year pilot period (2005-2007), ETS was the world's first carbon market designed to slow global warming pollution. Initially, the ETS set its cap too high, so reduction levels were slow in coming (yet that occurred during the the pilot phase, which was designed to work such kinks out). The jury is still out on just how much the program's 25-odd countries have reduced emissions, if any (see here and here). Some fear that the first year of RGGI's carbon market could be beset by the same problem of an inflated cap.

The carbon market's very nature. To keep costs under control, many proposals envision carbon markets that use basic features of financial markets, such as spot, forward (future), and options markets. These various trading tools allow businesses to make near-term compliance decisions, plan for the future, and hedge against risks.

For a lot of folks, though, these features are the last straw. All this flexibility, they argue, will enable corporations and investors to game the system, making huge profits through speculation while undermining the cap. Indeed, the current financial storm should make anyone think twice about using markets to solve environmental problems. With the recent volatility on Wall Street, does it make sense to use markets to control heat-trapping pollution?

My Take on All This

I find merit in arguments both for and against cap-and-trade. For years I've supported such a system to address global warming. Certainly, implementing it would not be easy but it can work -- witness the U.S. Acid Rain program. Done correctly, it can provide the kind of environmental certainty we so badly need.

But the current market turmoil has shaken my confidence. So I checked with my colleague, Richard Newell, the Gendell Associate Professor of Energy and Environmental Economics at Duke's Nicholas School. Here's what he had to say with regard to cap-and-trade and Wall Street's recent problems:

"Carbon markets do not include the more exotic forms of financial instruments -- such as credit default swaps -- that have been implicated in recent market problems. And the uniform underlying asset -- a ton of emissions -- is not subject to the same type of quality and valuation uncertainty as sub-prime mortgages. Thus, the problems of those markets are not directly relevant to emissions markets."

That's reassuring. So I'm still leaning in favor of cap-and-trade. But we absolutely must get the underlying market back on track before trying to launch a national carbon market. And when we do start carbon trading, we must be sure to include enough government oversight. Meanwhile, we should keep an eye on the EU ETS, RGGI, and other regional carbon markets soon to arrive on the scene (such as the Western Climate Initiative).

These are strange, even frightening times. But global warming remains a problem that must be addressed, and soon. Cap-and-trade still seems to me to be the best way to go. Anyway, that's my opinion.

Dr. Bill Chameides is a member of the National Academy of Sciences and the dean of Duke University's Nicholas School of the Environment. He blogs regularly at www.thegreengrok.com.