One year ago today, Australia joined a rapidly growing list of nations in putting a price on carbon. It was a historic day for climate action down under, but it is possible that this infant policy may not get a second birthday.

Prior to -- and since -- its inception, Australia's price on carbon has been bitterly and relentlessly fought by the conservative Liberal National coalition. It's an unpopular policy. So much so, that newly re-elected Prime Minister Rudd has left the door open to changes to this core policy of his party, or at least a move to an emissions trading scheme far sooner than planned. Opposition leader Tony Abbott continues to claim the carbon price is a "wrecking ball through the economy" and has affirmed his "blood oath" to immediately repeal it should he be elected later this year.

It may be unpopular, but abolishing the carbon price would be a disaster for Australia, not to mention out of step with developments globally. 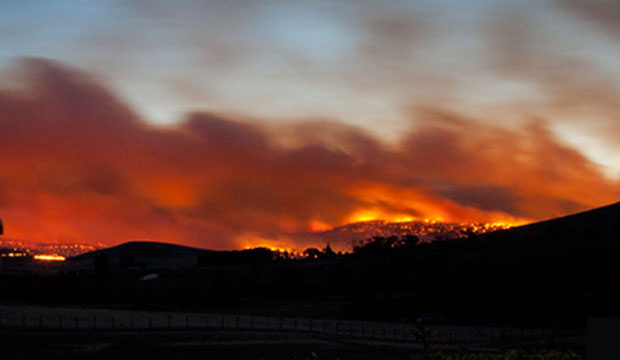 First, one year out the carbon tax has proved a great success. Australia's carbon emissions from electricity generation have fallen 7.7%, or 10 million tonnes -- a 10-year low. The country relies mainly on coal for the bulk of its energy but, thanks to the carbon price and a renewable energy target of 20% by 2020, renewable power generation has already increased by almost 30%.

With a triple AAA credit rating, low inflation, low debt to GDP, and low unemployment, Australia's carbon price has clearly not been the wrecking ball it was dubbed.

As the U.S. economy limps back to health, many are arguing that it is simply not affordable to implement a similar scheme stateside. However, what Australia is showing us is that not only does pricing pollution work, it generates huge new areas of economic activity as money is taken from dirty industries and pumped into clean alternatives. Ernst & Young projects that Australia's renewable energy developments will be adding $655 billion to the national economy each year by 2030. Imagine what this would translate to in the U.S.

Second, carbon dioxide levels in the Earth's atmosphere have now ticked past 400 parts per million, and analyses from the Australian Climate Commission (PDF), the International Energy Agency, the World Bank (PDF), Standard & Poors, HSBC and more all emphasise that time is of the essence if we are to make an orderly and socially just transition to a low carbon economy.

It will be far more expensive and painful to make this transition later rather than sooner. To be among the first of the major economies to price pollution is a huge achievement and display of leadership from Australia. To be the first to abandon carbon pricing would be a monumental embarrassment -- especially going into this year's climate talks in Warsaw.

Australia has the world's 12th largest economy, the 11th largest greenhouse gas emissions per-capita, and vast coal reserves that, if developed as planned, will Thelma and Louise the world through its remaining carbon budget right over the 2°C cliff into catastrophic climate change. Simply put, what Australia does, matters.

We have entered the "Critical Decade" (PDF) and Australia's "angry summer" of record heat has given it a taste of what is to come as the world warms. We simply do not have the luxury for Australia, or any other country, to dismantle a highly effective climate policy in order to suit short-term political machinations.

90 countries now have various carbon reduction programs in place covering 90% of the world's emissions. China is kicking off several emissions trading scheme (ETS) regional pilots this year and is considering a national ETS. South Korea is planning to implement its ETS in early 2015, and Brazil, Mexico, Turkey, Ukraine, Japan and various Canadian states are going down similar paths.

190 countries agree that two degrees of warming above pre-industrial levels is the line in the sand we cannot cross if we are to have a shot at safeguarding our planet and its life support systems for future generations. More than 100 nations want to see an even safer limit of 1.5°C established. Carbon pricing may not be perfect, but it is one of the best shots we currently have at reining in global emissions.

Australia, the world is in short supply of climate leaders. Do us all and yourself a favor, and don't throw out your baby with the bathwater.