BETHESDA, Md. (AP) — The Washington Archdiocese says Cardinal Theodore McCarrick was taken to a hospital after fainting at a Holy Thursday Mass in Bethesda.

Archdiocese spokeswoman Chieko Noguchi says the former archbishop assured her late Thursday that he was fine after he fainted at Our Lady of Lourdes Catholic Church.

Noguchi says the 84-year-old was in good spirits and had been taken to the hospital out of caution. She tells The Washington Post that McCarrick told her he had been fasting and may have been dehydrated.

As archbishop of Washington from 2001 to 2006, McCarrick oversaw an archdiocese of more than 500,000 Catholics and 115 parochial schools in the District and Maryland. Pope John Paul II later elevated McCarrick to the College of Cardinals. 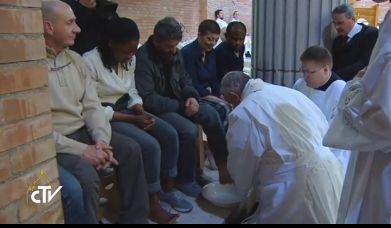