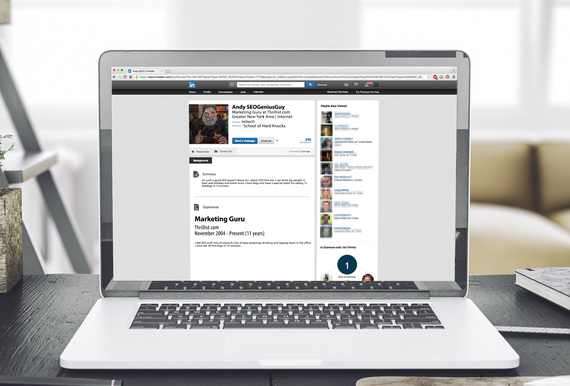 Contrary to popular belief, LinkedIn isn't a company that exists to fill your spam folder with "invitations to connect" with people you barely know. In fact, you can utilize LinkedIn as a way to find a new job, expand your professional circle of contacts, and just plain make yourself look better in Google search results. And, as with anything on the Internet, odds are that you're doing it wrong -- with dire career consequences. That's why we spoke to Viveka von Rosen, founder of LinkedIntoBusiness.com, to find out common ways people mess up on LinkedIn.

More: Things No Self-Respecting Adult Should Be Doing on Facebook 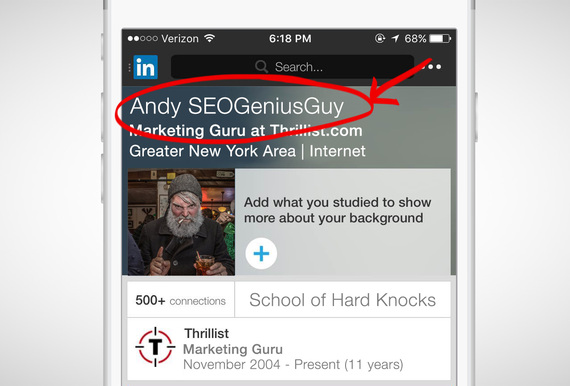 Getting "clever" with your name
If you put your phone number, your email address, or "SEOExpertGenius#1" in the last-name field instead of your actual last name, you might as well make your screen name "Johnny Unemployable." "You look like a 1990s Internet marketer," von Rosen says. And since it won't help your career to be known as "Prodigy Guru" in 2015, you can also put any pertinent contact or work experience info in the Professional Headline field.

Having more than one account
Unless you have a clone and you want to give your clone the ability to make sick business connections, there is no need to have two accounts. Von Rosen says that sometimes people change jobs and create a new account, forgetting they created one years ago. The problem is that LinkedIn doesn't take kindly to the duplicates, and the company may ask you to choose one or the other.

If you do have two accounts active, the better choice would be to message their customer-support people and ask them to merge your accounts. The process won't be perfect (you might lose some recommendations in the process), but at least you won't look like you make a new profile every time you get a new job.

Not having a custom URL
Von Rosen says she often sees solid LinkedIn profiles that inexplicably don't have a custom URL. There's probably a good reason for that, and it's because LinkedIn doesn't make it easy to do. Lucky for you, von Rosen made a YouTube clip to show you how. And even better: once you have that custom URL, your LinkedIn profile will likely show up even higher in a browser's search results. Since you've taken the time to improve your profile with all this knowledge we've been dropping, you'll be glad even more people will be exposed to it. 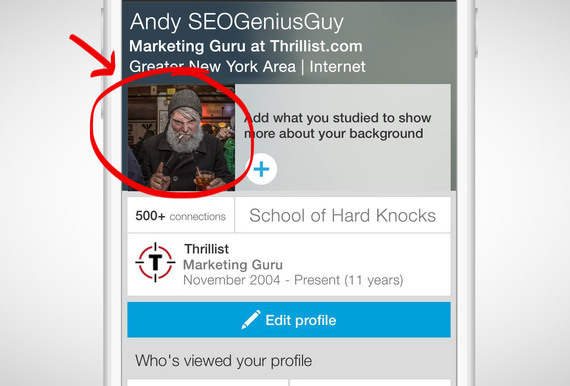 Posting an inappropriate photo
If you're thinking, "Who would be dumb enough to put a selfie of themselves doing shots with a stripper on a website primarily used for making business connections?" then you're already smarter than many people von Rosen has seen on LinkedIn. "I've seen a bong in the background [of a photo] -- and not someone from Colorado, either," she says. Also not cool? Using your company's logo. Bottom line: "Put in a photo that represents you and is professional." Save your drinking heroics for your future company picnic.

To find out what other potentially career-crushing mistakes you're making, get the full story at Thrillist.com!

How to Make Your Slow Laptop Feel New Again