The majority of workers shoulder a burden their colleagues and employers may not see. According to a new report from Harvard Business School researchers Joe Fuller and Manjari Raman, 3 in 4 employees have some type of caregiving responsibility. At some point in our careers, most of us could end up caring for children, the elderly or sick loved ones.

Of the 1,500 U.S. employees with such responsibilities surveyed by the Harvard researchers, more than 80 percent said that caregiving affected their ability to do their best work. Almost one-third of them said they’d even had to quit a job because of it. They cited the high costs of paid help, the difficulty in finding trustworthy and qualified help, and the inability to meet work obligations due to their caregiving duties.

But according to the Harvard report, companies still fail to see how workers’ so-called second job contributes to a loss of productivity and the churn of turnover for employers. “They don’t understand the economics at stake,” Fuller told HuffPost.

Employers don’t realize what a huge burden caregiving is.

Companies are largely not aware of the ripple effects of caregiving. Out of 301 human resources professionals and business owners surveyed by the Harvard team, only 24 percent said that caregiving had an influence on their workers’ performance.

Meanwhile, more than half of the employees surveyed agreed that “the culture of my organization is not as supportive as it could be around the career progression of caregivers.” The majority of workers said that caregiving stalled careers and could create a perception that they were less committed to the job.

Seeing colleagues not get the help they need from management may send a chilling message. That lack of support is “observed by others in the company,” said Fuller, which can produce a “reluctance to use what benefits are available because ‘I don’t want to signal a lack of commitment.’”

Caregiving can mean lost career opportunities. Twenty-eight percent of those surveyed said they believed caregiving had a direct negative effect on their careers, leading to demotions and lost promotions. It can mean lower earnings. According to a 2016 report from the National Academies of Science, Engineering and Medicine, people 50 and older who stopped working to care for a parent lost an average of $303,880 in wages and benefits.

In a USA Today commentary this January, actor Rob Lowe described the toll of being his sick mother’s caregiver. “When you’re caring for a loved one, there’s nothing you won’t do (or sacrifice) to give them as much comfort and peace of mind as you can possibly provide,” he wrote. “Often, that means you’ll skip your social obligations, wreck your diet, suffer sleep deprivation, and even risk your career.”

What management can do to help.

For employees to get help, they first need to say that they need it. Fuller suggests raising the issue with a manager: “They can’t help you with something that they don’t know about.” And he added, “There’s a ton of psychological literature that says that simply talking about a problem helps people relieve the anxiety around it.“

For employers, the answer is to notice and ask the questions struggling employees may not bring up. Fuller urged employers to recognize that in terms of potential lost productivity, “you could do well by doing good in lots of ways.”

One of the Harvard report’s recommendations is that employers measure the level of their employees’ caregiving needs. “It’s none of our business” and “The volume of use of caregiving [benefits] is low enough that it is not necessary to track it” were excuses that companies gave in the survey for why most of them did not. But “knowledge is power,” Fuller said. If you know the care demographics of your workers, he said, you can then ask the right questions like, “How do my employees feel about the benefits?” and “What benefits would they find more appealing?”

If executives want their company to be known as a place where people can build a career, these kinds of questions are the ones more of them need to ask. Younger workers, higher-ranking workers and higher-earning workers were three groups in the Harvard survey who were more likely to leave a job over caregiving duties. Half of employees aged 26 to 35 said they had quit for that reason. Employees with senior titles and those making at least $100,000 were more likely to quit over caregiving, compared to lower-ranking workers and those paid less. Forty-nine percent of executives said they had left a job over caregiving, compared to 21 percent of employees who were not managers.

There’s a clear bottomline for companies here. As the Harvard report puts it, providing better caregiving support “goes well beyond improving employee engagement. It has the potential to be an important source of competitive advantage.”

Due to an error in the Harvard report, the percentages in this sentence have been corrected: “Forty-nine [not 41] percent of executives said they had left a job over caregiving, compared to 21 [not 18] percent of employees who were not managers.”

This Is The Biggest Life Event That Millennials Don't See Coming

When Caregivers Are Honest, It Makes Folks VERY Uncomfortable

This Is Everything That's Wrong With Caregiving In America Today 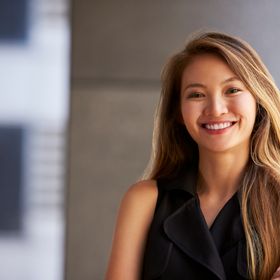 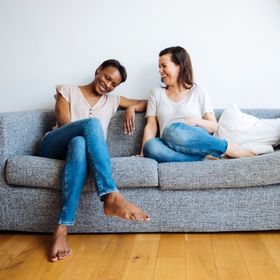