The eyes of the world are on Carine Felizardo these days -- but not her very pretty face.

Felizardo, a curvy Jessica Simpson-lookalike from the Brazilian state of Para, has just be crowned Miss Bum Bum, a title that rewards her for having the country's sexiest female posterior.

“I am overwhelmed, very, very happy,” the 25-year-old "booty queen" said tearfully upon receiving the coveted honor, according to IOL.co.za. “I would like to thank those who voted for me, those who believed in me, my family, my friends.”

Felizardo's bottom rose to the top on Friday after a jury of six women and five men examined the tushes of 15 finalists in a Sao Paulo hotel.

Felizardo won $2,348 for her prize-winning posterior and a future cover photo on Sexy magazine, a Brazilian publication.

"I'm very happy with the victory. [I] was confident because I know I'm in my best shape right now," she said, according to IBTimes.co.uk. "I expect much change for the better from now on. Already I'm very happy with everything that happened... but I will invest even more in my modeling career."

The Miss Bum Bum Pageant is only in its second year. But -- like the rear ends it celebrates -- the cheeky contest is already grabbing the attention of the notoriously butt-loving Brazilians, according to Brazilian-born Graciela Murano, writer and editor for Oddee, who told The Huffington Post that "bumbum" is the word most commonly used in Brazil to refer to someone's rear end.

"Every woman has read about it and won't admit it," she said, "and every man's dream is to be a part of the judging team." 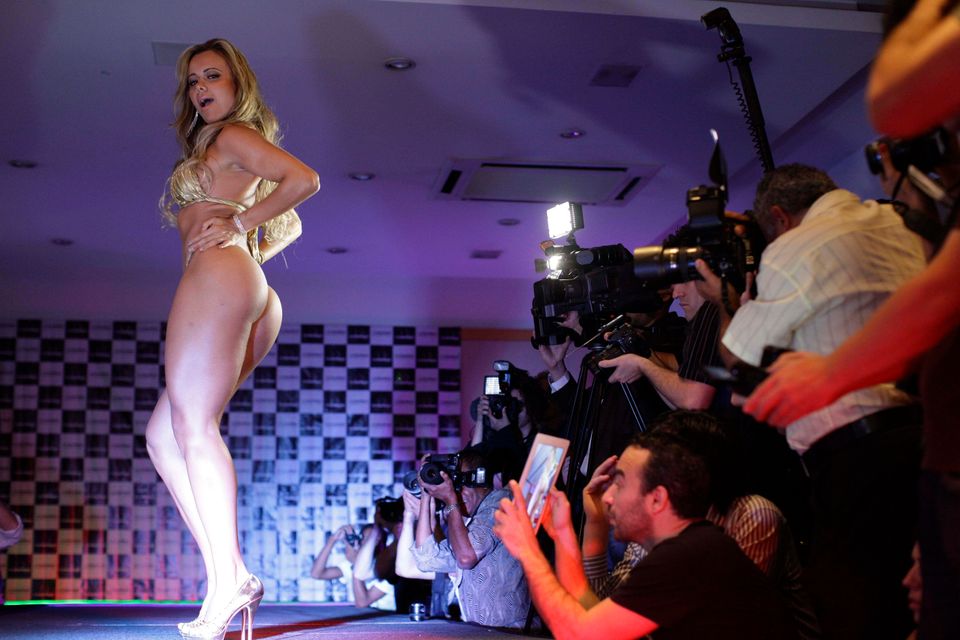 1 / 33
Cibelle Ribeiro
Cibelle Ribeiro competes in the Miss Bumbum Brazil contest as photographers take pictures in Sao Paulo, Brazil, Friday, Nov. 30, 2012. Fifteen finalists are competing for the title for the best-looking derriere, a part of the female anatomy that could be described as a Brazilian obsession and a source of national pride. (AP Photo/Nelson Antoine)
AP