As if we ever had any doubt about her post-Vogue Paris success, Carine Roitfeld has made a splash as a Barneys model.

As a stylist and guest editor for Barneys' fall ads and catalog, the former editrix brought in top models as well as her own family to model for the campaign, which is appropriately entitled "Carine's World," Women's Wear Daily reports.

Other models include Natasha Poly, who wore the latest looks from The Row, Dasha Zhukova wearing Proenza Schouler and Naomi Campbell decked out in Fendi.

It was announced back in March that Roitfeld would style the fall Barneys campaign, but there was no hint that the Parisian fashionista herself would sit for the camera.

Now a solo photo of Rick Owens-clad Carine, shot by campaign photographer Mario Sorrenti, will serve as the cover of the fall designer book, WWD writes. The rest of the snaps will comprise the catalog, the fall windows, the Barney website and the fall print ads.

It's a high-exposure gig for the former Vogue Paris editor-in-chief, whose post-magazine work has included styling Chanel's fall campaign and not talking to her successor, Emanuelle Alt.

Check out a shot of Roitfeld and her son Vladimir below and head to WWD.com to see several more preview pictures. 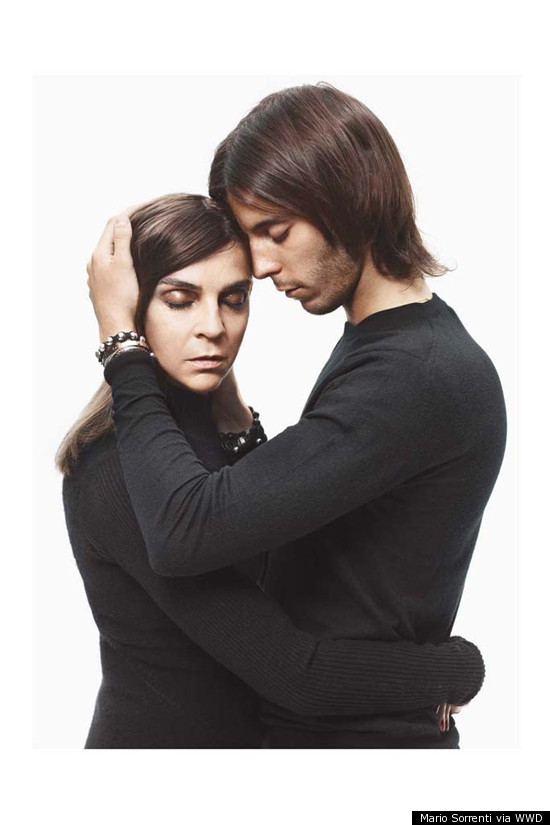