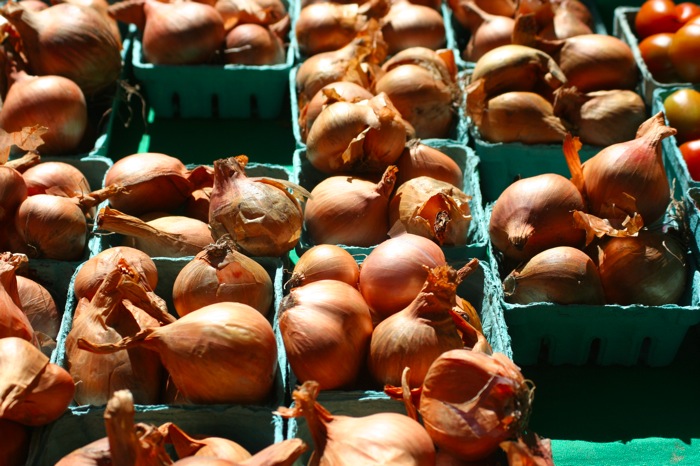 I have been known to say a similar thing, but when it came from the mouth of a Ugandan farmer, the words were more powerful than I could ever make them.

Sitting to the right of Constance Okollet on a panel titled Food Anthropology at SXSW Eco in Austin last week, I was humbled as she emphasized what food meant to her and her community. Okollet is peasant farmer from Osukuru subcounty, Tororo district in eastern Uganda, Africa and a mother of seven. As if that wasn't enough, she's the Chairperson of Osukuru United Women Network, working on agriculture health and the environment, and a founding member of Climate Wise Women, traveling the world advocating against climate change and its effects on the communities around her.

During the course of our panel, we learned about her community's reduced access to food -- the effects of climate change have reduced the growing season and in turn the diversity of produce that can be grown. As she talked I became acutely aware of my privilege in even having access to some of the most basic food products.

The goal with the panel was to talk about whether or not our heightened awareness and discussion of food is having an effect on the people that need it the most. Does our Instagramming and food blogging really mean that people are eating better here at home and abroad? When you look at the case of Okollet and other subsistent farming communities around the world, it's easy to come up with a resounding "no." While we're busy perfectly placing a stalk of rosemary next to the batch of homemade muffins so that the picture with a filter to subdue the colors will look a little more quaint, there are millions of people around the world, and here at home, going hungry.

You simply can't argue your way out of that one.

Talking about food, cooking and eating is sexy; talking about poverty, malnourishment and public health is less so. But we don't have to look to the other side of the world to see problems related to food and nutrition. The irony of abundance is that in the U.S., we're facing not only a serious obesity issue, but also one of malnourishment. While one out of three children in the U.S. is currently obese or overweight, 10% of American households couldn't adequately feed their children in 2011.

On the other hand, as fellow panelist and food photographer Penny De Los Santos put it, the fact that we're all taking food photos and posting them to social media means that we're at least thinking about what we're eating, and if nothing else, that's a good start.

Our ability to discuss the value of food is a luxury; even on budgets, many of us are far from struggling to put food on the table. But along with the luxury to have that discussion comes the responsibility to do so. Not just talk about what kind of fruit goes best with an imported Manchego or our latest culinary adventures at a new restaurant, but talk about what building a sustainable food structure really looks like, both here and abroad.

No matter where you are in the world, people connect around food. Whether it's to celebrate the harvest season, a religious ceremony or just a family dinner, food brings us together. Is it not then the one thing that can move us forward to positive change in other realms? Food is inherently linked to some of our most pressing issues today: the environment, our health, the economy, even conflicts. Making food a part of our global discussion isn't an option, it's a necessity.

Our obsession with food has ignited a discussion, a discussion that was barely taking place even five years ago, and now we have to do our best to harness that discussion and put it to good use. And that means doing more than posting a photo or writing a recipe. It means being active. Voting with your fork, volunteering at a farm, supporting organizations that are empowering at-risk communities with food programs, opting out of buying the blood oranges you were looking forward to because they were shipped all the way from Australia... the list is endless.

Change doesn't happen overnight, but it does happen by doing one thing better than today. And as Okollet put it, "food is life," so caring about food not only means caring about our own well-being, but that of our community's.