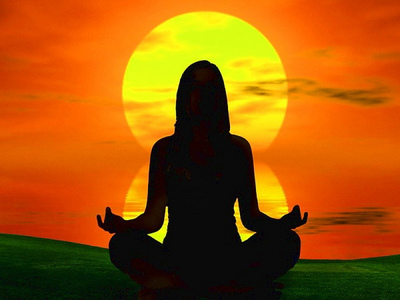 "Self-care" is a phrase that gets thrown around a lot. In particular, therapists seem to love talking about it: why it matters, how to do it, what happens when we don't prioritize it. I never gave self-care much thought until I became a parent. Even working a full-time job, my weekends were all my own; I could sleep in on a Saturday morning and go to brunch on Sunday. Self-care was just part of the routine.

Then I had a baby, and we had nearly every breastfeeding challenge imaginable: supply issues, a lip tie, chronic plugged ducts, mastitis and thrush. My son wouldn't take a bottle, and I obstinately refused to supplement. He also wouldn't go to sleep by any method but nursing for the first two years of life.

All this meant that I rarely left my son -- I was present for every nap and every bedtime until he was 25 months old. All previously enjoyed hobbies were put on a high shelf. Every once in awhile I'd gaze up at one, but it just seemed too far out of reach.

After my son weaned, I began to realize how much of myself I'd chosen to give up. I decided to reclaim the parts of my identity I'd lost along the way. I'd lost the "me" that has nothing to do with my role as a parent, the "me" who loves live music and yoga, and the "me" who could spend time with friends and talk about something other than teething and potty training.

I sat my husband down and explained that I needed to begin making some of my interests a priority. I told him that I felt incredibly guilty at the thought of leaving our son with him more often, but that it was something I needed to do to feel like myself again.

My husband, who had probably just gotten home from one of his regular softball games, looked bewildered. He understood how to prioritize self-care from day one, and the notion that doing so could evoke guilt was foreign to him. My husband's perspective was the healthy one, and I had some catching up to do.

That summer, I went to several concerts and resumed my yoga practice. I rediscovered passions that had been lying dormant. In doing so, I also discovered something else: I'm the best version of myself when I'm my whole self. I'm a better mother and partner when my life is in balance. When I'm getting enough rest and exercise and when I can devote a little time to my hobbies, I feel recharged and better able to be the parent I'd like to be.

Self-care doesn't have to be so dramatic. It can mean going to bed early. You can put your favorite music on while you make dinner. Self-care could be a family hike on a sunny spring day or leaving the dishes in the sink while you take a bath. It might mean working outside the home because that's what fulfills you. Or self-care can mean taking the time for therapy to address a perinatal mood or anxiety disorder. The point is that there are no rules. Regarding perinatal depression and anxiety, therapist Sarah Best writes, "These strategies [proper rest and exercise and cultivating social support] build the foundation for excellent self-care, which serves women--and therefore their families--well after they've recovered."

At MotherWoman, we believe that you can't give from an empty well. This is stuff we all know intellectually, but we often fail to see how taking the time for ourselves actually fits into our regular routines. Almost every mom I work with expresses guilt about wanting a break from her baby. I often hear moms say they "should" be doing more, regardless of how hard they're working. 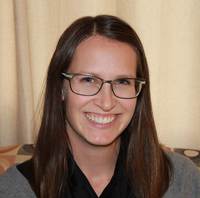 Megan Stonelake is a therapist, an advocate, and a mother. She's passionate about gentle parenting, social justice, and baked goods. She can be found on Facebook (facebook.com/EmpathyinParenting) and on her blog (empathyinparenting.wordpress.com)

More:
ParentsMotherhoodself care
Newsletter Sign Up
Raise the kind of person you'd like to know
Subscribe to our parenting newsletter.
Successfully Subscribed!
Realness delivered to your inbox