Carl Andre: Sculpture as Place, 1958-2010 at Dia Beacon is the first retrospective to consider the full spectrum of Carl Andre's art. The exhibition is grouped into three parts: sculpture, poetry, and Carl Andre's unclassifiable productions, from the enigmatic assemblages known as Dada Forgeries to his wide-ranging ephemera. In this video, Yasmil Raymond (Curator, Dia Art Foundation) provides us with an introduction to the exhibition and Carl Andre's work.

Carl Andre: Sculpture as Place, 1958-2010 at Dia Art Foundation in Beacon spans over five decades. The retrospective includes 45 sculptures; over 160 poems and works on paper presented in wooden vitrines designed by the artist; a selection of rarely exhibited assemblages known as Dada Forgeries; and an unprecedented selection of photographs and ephemera. It's the first museum survey of Andre's entire oeuvre, and the first retrospective in North America since 1978-80. 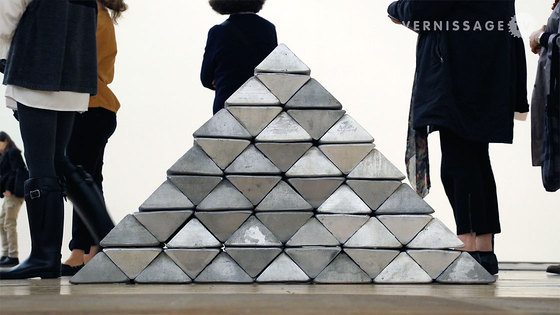