Former French first lady Carla Bruni apparently does not care much for France's current president, Francois Hollande, if running interpretations of her new song are to be believed.

In the lyrics for "The Penguin," released Friday, Bruni seems to take a swipe at Hollande, calling him a penguin. (French speakers often use the term "penguin" as an insult, similar to "buffoon" in English.) Her lyrics were first picked apart by French radio station RTL.

While Bruni does not explicitly reference Hollande by name, the lyrics seem to at least hint at references to the Socialist president.

"He takes on the air of a sovereign/ but I know, the penguin/ doesn't have the manners of a lord," she sings in French, according to a translation by The Huffington Post. "Hey penguin!/ If one day you cross my path again/ I will teach you, penguin/ I will teach you to kiss my hand."

Bruni might be denouncing Hollande on behalf of her husband, ex-President Nicolas Sarkozy, who served as France's head of state from 2007 until he was unseated by Hollande in May 2012. As RTL notes, Hollande appeared to snub Sarkozy during the official transfer of power by refusing to escort his predecessor down the steps of the Élysée Palace to a waiting vehicle.

While Bruni has neither confirmed nor denied that "The Penguin" is a reference to Hollande, she recently made it clear who the song is not about.

"It's a song about the ill-mannered, disagreeable people, who remain a mystery to me" she told French-language Le Nouvel Observateur. "Some think that I'm talking about journalists: that's false."

Bruni has reignited her singing career after taking a break to serve as first lady. "The Penguin" is a track on Bruni's upcoming album "Little French Songs," slated for an April release.

Did Carla Bruni Take A Swipe At French President Hollande In Her New Song 'The Penguin'?
Francois Hollande Sworn In 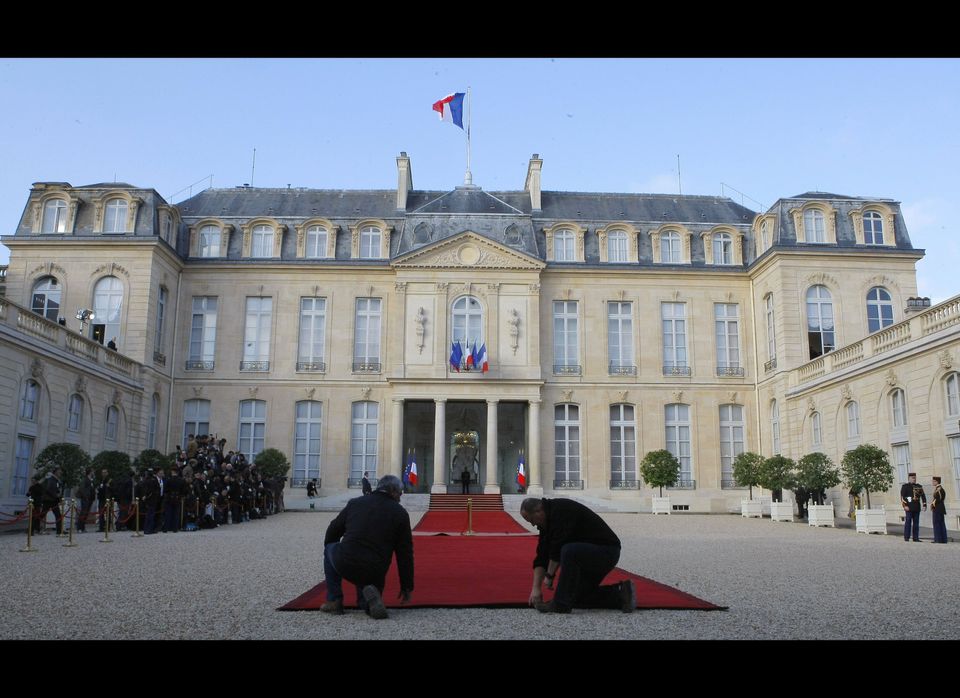 1 / 13
Workers prepare the red carpet for the takeover ceremony between outgoing President Nicolas Sarkozy and President-elect Francois Hollande, Tuesday, May 15, 2012, at the Elysee Palace in Paris. (AP Photo/Jacques Brinon)
AP