Life has been eventful for Carla Bruni-Sarkozy ever since she left her official post at the Palais de l'Élysée back in May. The former French first lady has given interviews left and right and has ventured back into both the modeling and music worlds with a headphone ad campaign and a forthcoming album, respectively.

So what's the latest Carla news? She's not a feminist, apparently. The 45-year-old graces the cover of Paris Vogue's December 2012 issue, and she certainly didn't mince words during the interview. "My generation doesn't need feminism," she said.

The mother-of-two (she has a baby girl Giulia and an 11-year-old son Aurelian) continues to explain her views by touting the advantages of domestic bliss:

"There are pioneers who opened the breach. I'm not at all an active feminist. On the contrary, I'm a bourgeois. I love family life, I love doing the same thing every day."

Before her 2008 marriage to Nicolas Sarkozy, the 44-year-old was known to date rock stars (ahem, Mick Jagger) and told an interviewer, "Monogamy bores me terribly." She even was linked to French singer Benjamin Biolay during her marriage in 2010. Clearly, Carla's new views mark a change of pace for the supermodel. (But perhaps there's something that's been lost in translation here. Maybe an ounce of irony? Or a more playful tone?)

In fact, just last month, Mrs. Bruni-Sarkozy gave Valérie Trierweiler, companion to France's current president Francois Hollande, a bit of advice: become Hollande's "legitimate wife." Hey, nobody can say Carla's not speaking from experience. She herself had a "quickie" wedding to Sarkozy just as he was elected.

What do you think of this new, forthcoming Carla Bruni? Check out her Paris Vogue cover below and give us your take. 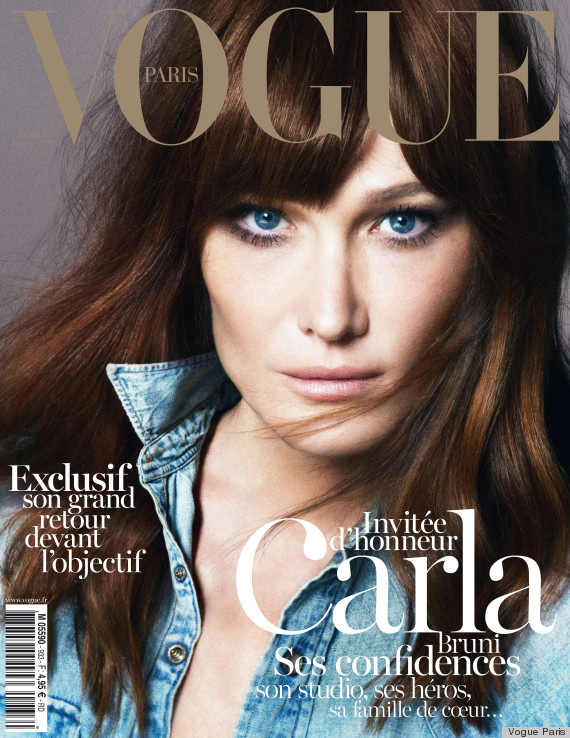 Let’s Talk About Regé-Jean Page Actually Wearing Clothes, For Once