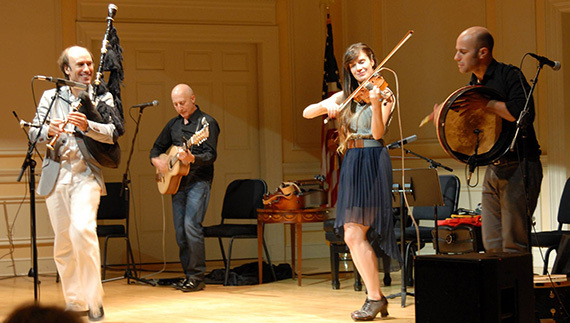 Carlos Núñez band (Carlos Núñez, Pancho Álvarez, Stephanie Cadman, and Xurxo Núñez) in concert at the Library of Congress, August 19, 2014. Photo by Valda Morris for the American Folklife Center. The photo is a work of the U.S. government, and is in the public domain.

I'm happy to share with you a special concert, which took place on August 19, 2014 in the Library of Congress's Coolidge Auditorium. In the show, which was captured in the video embedded below, Carlos Núñez, one of the leading figures in the Spanish folk music of Galicia, played a set of material collected by Alan Lomax in Galicia in 1952. Núñez is a world-famous traditional bagpiper as well as a classically-trained flute and recorder virtuoso. He has played with the Chieftains, Ry Cooder, Altan, Sinead O'Connor, Hector Zazou, Philip Pickett, and Tamiya Terashima, to name only a few. He has also performed with symphony orchestras and classical ensembles, and has appeared on prestigious stages the world over. But he considers his music, first and foremost, part of the overall category of "Celtic music," like the folk music of Ireland, Brittany, Scotland, and Wales.

Carlos is on tour in the U.S. right now--see if you can catch him in concert! I'm particularly happy to say he'll be appearing at the Strathmore Music Center outside Washington, D.C., on St. Patrick's Day, and my band Ocean will join him for a few tunes.

So who was Alan Lomax? He was probably the most important folk music collector of the twentieth century. For a decade in the 1930s and 1940s, he worked for the Library of Congress, in the archive where I serve as editor, which is now part of the Library's American Folklife Center (AFC). For the rest of his life until the 1990s, he collected for radio stations, record companies, and his own private foundation. In 2004, the Library of Congress acquired all of that material as well, so that the entirety of Lomax's collection is in one place. Lomax has had an incalculable effect on popular music, recording the first songs by Muddy Waters, Mississippi Fred McDowell, Texas Gladden, and Honeyboy Edwards, to name a few. He also did some of the first field recordings of European folk music to be released to the public, including material from Ireland, Britain, Italy, and Spain. His field recordings were transcribed for books, released on records, and learned by a wide range of artists from Johnny Cash to Led Zeppelin and from Aaron Copland to Beausoleil. To celebrate the centennial, we're running a year-long series of events, which you can read about here. 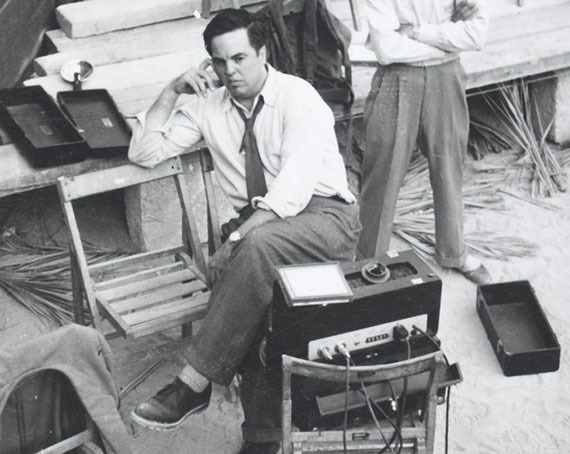 A researcher as well as musician, Carlos Núñez has visited the American Folklife Center's reading room at the Library of Congress several times in the past few years, researching Lomax's Galician field trip. He has not only heard the recordings, but read Lomax's field notes and correspondence, digging out all the information he could about the first extensive field collection from his home region. This research enabled him to add readings from Lomax's notes to the concert program, and he honored me and Alberto Avendaño with the task of reading Lomax's words.

Lomax, who lived in Europe for most of the 1950s because he had been blacklisted at home, loved Galician music, and shared Carlos's belief that Galicia was essentially Celtic, which greatly colored his fieldwork. His notes are full of connections between Galicia, Ireland and Scotland, starting with the landscape...:

"Our first trip was down the road towards Vigo. The countryside had that same fey look I had seen only in Southern Ireland, although there was really no resemblance in the shape of the hills or the vegetation; but somehow here, too, one could see strange creatures living in the bright green hedgerows..."

...and continuing to connections between their music:

"It is always the same with the Celts, whether in Galicia or Galway; there is the hostility, the complexity, the thousand reservations, the distrust of strangers, the duplicity even, and then the music begins... They are suddenly lifted up and they sail away, airborn, the strange Celts whose tunes are so close to bird song." 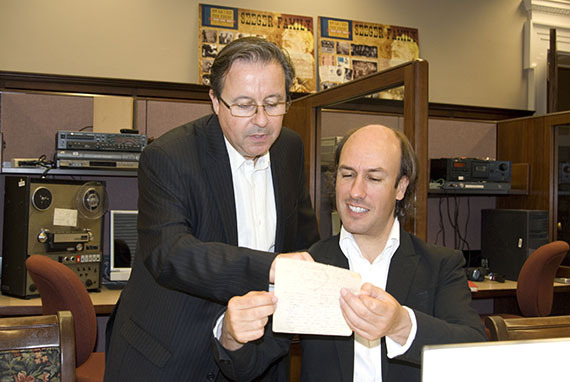 Alberto Avendaño (l.) and Carlos Núñez discover something new in Lomax's Galician field notes on August 7, 2013. Avendaño, once Núñez's English teacher in Spain, is now the Spanish-language editor for the Washington Post. Photo by Stephen Winick for the American Folklife Center. The photo is a work of the U.S. government, and is in the public domain.

These romantic connections between Spain and the Celtic countries are frowned upon by many Celtic and Iberian scholars today: after all, Galicia didn't have a Celtic language any more recently than France, Switzerland, or the Czech Republic, and we don't call those places "Celtic" anymore. However, there's a trend in scholarship that is increasingly supporting Lomax's and Núñez's conviction, a recognition that the cultures of the Atlantic fringe of Europe, including coastal Spain and the modern Celtic countries, have been deeply connected through commerce and colloquy since ancient times. More and more modern archaeologists and historians are embracing this view of an interconnected Atlantic culture that went back to ancient times and survives to some extent today. Recent archaeological and linguistic studies suggest that the Celtic peoples spread to Ireland, France, and Britain from a starting point in Spain, not from the east as has generally been thought. All of this makes the idea of "Celtic Galicia," or at least of an overarching culture that includes both the Celtic cultures and Galicia, more viable now than ever. (See the note after the video for references.)

Carlos studies this history, and follows these theories closely. He mentioned them onstage and in an oral history interview conducted after the concert. He also pointed out that bagpipes appear in the historical records of Britain just slightly after they appear in church carvings in Atlantic Spain, near the turn of the 14th century, suggesting to some people that the bagpipe, too, may have arrived in the Celtic countries via Spain. So independently of whether either style of music can be called "Celtic," Carlos believes, as Alan Lomax did before him, that there's a direct connection between Galician music and that of Ireland and Scotland. 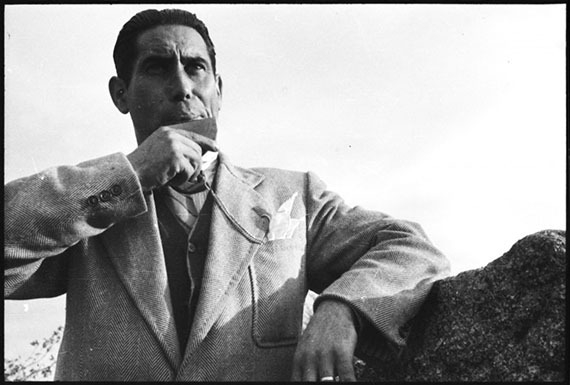 In the modern world, there are other connections to be made with Lomax's Galician field tapes. Some of these recordings were featured in the Spain volume of the World Library of Folk and Primitive Music, the first anthology of world music in high-fidelity sound, which came out in 1955. One of the tracks on that album was a set of tunes played on a chifro, an eight-hole panpipe carved from a single piece of wood with a handle shaped like a horse's head. The musician was José Maria Rodriguez, an itinerant farm laborer, knife grinder, and capador (pig castrator) who announced his arrival in town with an alborada, or "dawn song." The recording made its way to the ears of Gil Evans and Miles Davis, who used the alborada as the theme "The Pan Piper" on Davis's classic album Sketches of Spain. You can hear Carlos play the tune on the ocarina in the concert embedded below, hear the original pan piper at the site of the Association for Cultural Equity, and hear Davis's version on YouTube.

That's more than enough introduction to this concert, except to point out that it also features Dr. Judith Cohen, a Canadian ethnomusicologist and singer who specializes in Spanish traditional music. Judith is the world's foremost academic expert on Lomax's Spanish field trip, having followed in his footsteps and visited many of his surviving informants. She is also a performer capable of bringing the songs to life. She has known Carlos since he was a teenager, and was the perfect presenter and singer to invite to join him onstage. In addition, the band is joined on two songs by AFC folklife specialist (and Ocean bandleader) Jennifer Cutting on accordion, and by me on vocals.

Note: For examples of recent scholarship supporting a Galician-Celtic connection, see: Facing the ocean: the Atlantic and its peoples, 8000 BC-AD 1500 by Barry Cunliffe (2001); The Atlantic Iron Age: settlement and identity in the first millennium BC by Jon C. Henderson (2007); Tartessian: Celtic in the South-west at the dawn of history (2009) and Tartessian 2: The inscription of Mesas do Castelinho ro and the verbal complex preliminaries to historical phonology (2011), by John T. Koch.; Celtic from the West: alternative perspectives from archaeology, genetics, language, and literature edited by Barry Cunliffe and John T. Koch; and Celtic from the West 2: rethinking the Bronze Age and the arrival of Indo-European in Atlantic Europe edited by John T. Koch and Barry Cunliffe (2013).