"He is a devil," said Maria Elena Paganini, relative to Niccolo Paganini, the famous violinist labelled the 'Devil's Violinist'. Niccolo Paganini, born 1782 and died 1840, is considered one of the world's most famous violinist of all time. Maria Paganini's history dates back to her great great great grandfather and cousin of Niccolo, who traveled the world playing the violin with him. The cousin, Anselm Paganini, ended up in Argentina where Maria was born and raised. Maria now resides more in Malaga and Barcelona where her son Carlos Ovidio Lagos Paganini lives. Carlos is a street artist and a relative to the 'Devil's Violinist'. They maintain an air of wickedness about them with a skill in the arts that seems to transcend this world. The themes of Carlos' art pieces in Barcelona are very similar to how Niccolo Paganini resented the Catholic Church and fought the authorities all his life. 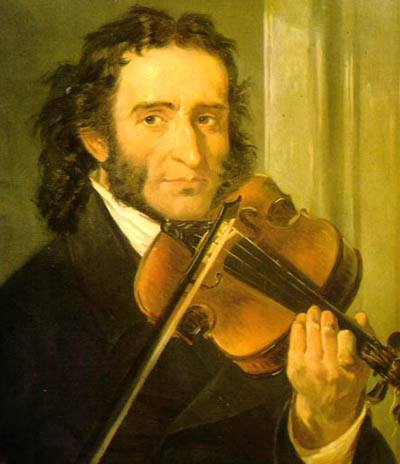 In his time, Niccolo Paganini was viewed as a god, a genius, a devil worshipper or anything beyond the natural realm. He was a legend who amazed audiences across Europe with his musical renditions to an extent that nobody dared to make any noise while he performed, holding them spellbound. He was perceived as the 'Devil' or the 'Devil's son' because of the spell his violin's hypnotic melodies cast on the listeners. A study conducted on Niccolo in the 1830's when he caused a stir in Paris linked his physical characteristics to his mental abilities that displayed qualities similar to those of a genius.

His first music lessons came from his father before reaching 6 years old; and from best music teachers in Genoa after that. At 8 years old, he composed his first sonata and performed in public. At 13 years old, he travelled to Parma, Italy to continue his music lessons. However, the teachers said they could no longer teach him anything so he trained by himself. At 15 years old, he began his concert tour and his performances spanned many years. He wrote his own music, and this included the 24 caprices, published in 1820, for unaccompanied violin. The 24 caprices is considered one of most difficult works ever written for the instrument.

Upon his death, Niccolo was not allowed to be buried in a cemetery because the Church was not comfortable with his unorthodox appearance and life. Thus, Niccolo Paganini was buried in a village grave on his estate, and for 5 years he was buried not on consecrated ground. 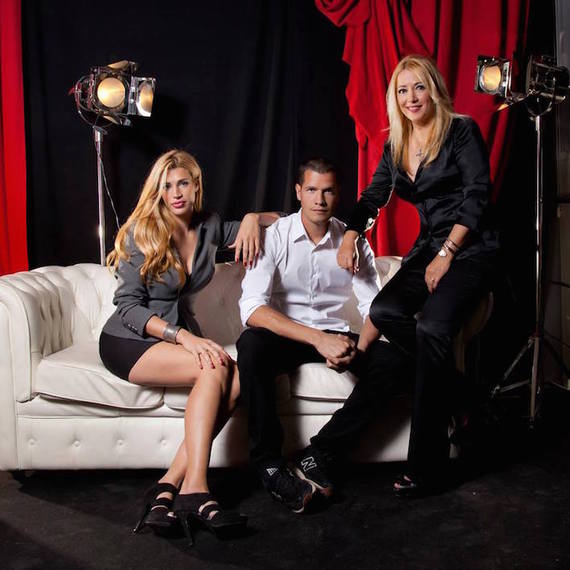 Unlike Niccolo Paganini whose artistic expression was music, Maria Paganini's son, Carlos Lagos Paganini's artistic expression is graffiti art. Carlos, who picked the pseudonym COLP-ONE, has a daytime time job in a hotel but in his free time he would passionately paint graffiti art. It can be seen that the apple doesn't fall far from the tree when it comes to artistry within this family throughout the last two centuries.

Carlos says, "I am a graffiti artist even though I do exhibit my work in galleries. My tools are sprays and stencils and I get inspiration from the adrenalin I experience when I paint. I enjoy playing with designs that am about to create in my head then I display my eclectic personality on each wall or panel I work with."

The last exhibition Carlos had was in Barcelona. He loves the challenge inherent in his art and enjoys the public reaction when they take a look at his art on the street. Carlos dreams of the day when people will appreciate art anywhere they see it and engage his emotions in everything he does. According to him, his work is a reflection of his honesty and integrity that he believes are important in art. 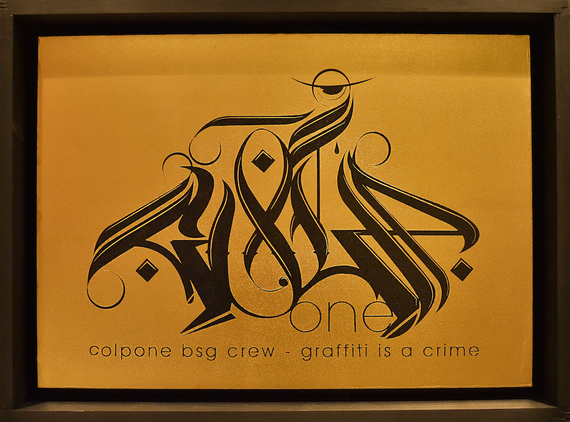 In the same way Niccolo Paganini awed his audiences with his musical talent as his fingers moved and played, so does Carlos Ovidio Lagos Paganini with his painting talent. His graffiti art reveals the presence of great compositional skill, care and a polishing that is rare in any form of art. His is a finish that is specifically unusual in graffiti as time was never enough to linger on an illegal act (for the average man). Carlos' artistic work is clearly a hybrid of authentic sensible graffiti mixed with visible elements of contemporary realism. Having gotten into street art in cities across the world at a young age, he immortalizes his exceptional artistic skills on seemingly limitless canvases across streets with anti-establishment phrases, tags and panel pieces that comprise the graffiti hallmarks. 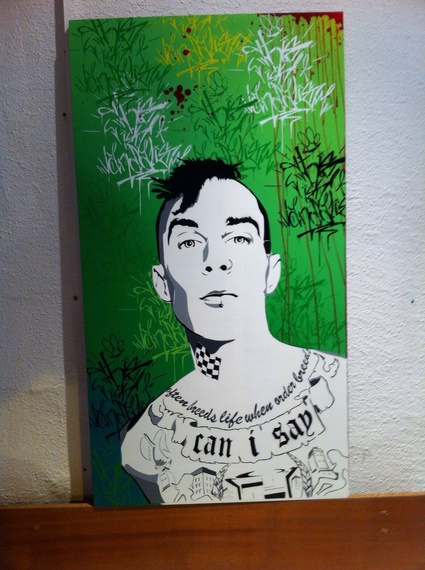 Carlos is a street artist who is also a trouble maker; he chooses to paint graffiti on walls to build a name rather than create a sustainable business model with a brand, strong capital base and give back to society. He creates social impact particularly because he is a part of a family with a genius musician like Niccolo Paganini, and he moves the talent forward in paint format. 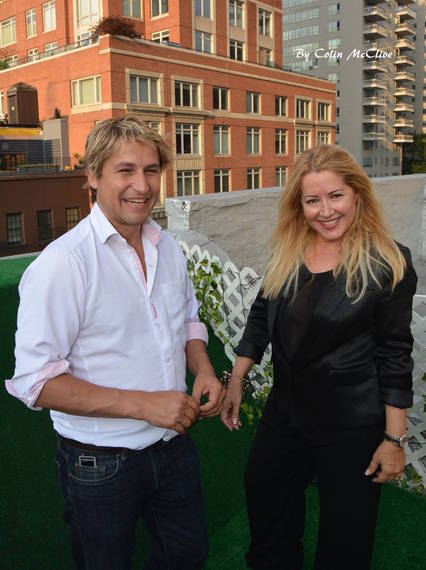 Maria Elena Paganini and me in NYC

After having lunch with Mrs. Paganini at the Mark Hotel in New York City, I was impelled to write about the Paganinis. I shared with her that I have been listening at the music of Paganini, that David Garrett plays, for two hours a day, for 30 days now. I was curious to learn more about her family and what she has accomplished in the art world. 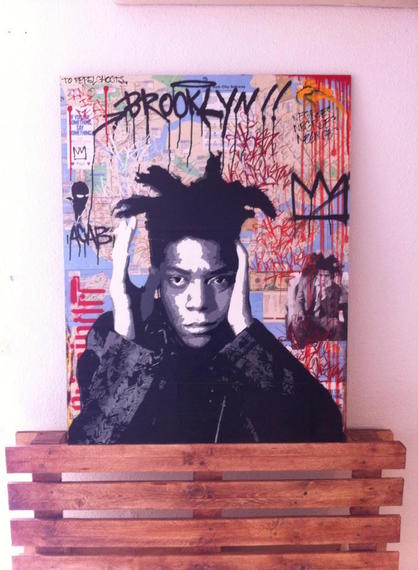 Graffiti work by COLP ONE

She tells me as in the beginning, "Sometimes I ask a frivolous question to my son; and the bear I stare full of the stain makes him look like a devil, and that makes me feel very uncomfortable. I guess that hasn't fallen far from the apple of my great-great-grandfather as he traveled the world with Niccolo Paganini playing the violin."

And that's exactly how I, David Drake, feel when I listen to his music, specifically the 24 caprices.