A Florida driver miraculously survived a car accident that left his vehicle in two pieces.

Carlos Pino, 20, was driving in Winter Haven, Florida at around 6:48 p.m. when he started to slide on the wet road, according to a statement from the Winter Haven Police Department. He overcorrected, losing control of a 1986 Nissan 300ZX and crashing into a tree.

The vehicle split in two upon impact. Pino was airlifted to a hospital with non life-threatening injuries. Police say that in addition to the slick roadways, speed was a factor in the crash, and that charges against Pino are pending.

Though the two share the same name, this driver is not the same "Carlos Pino" as a New York limousine driver who was involved in a crash that killed four people, after authorities say a drunk driver collided with the limo. 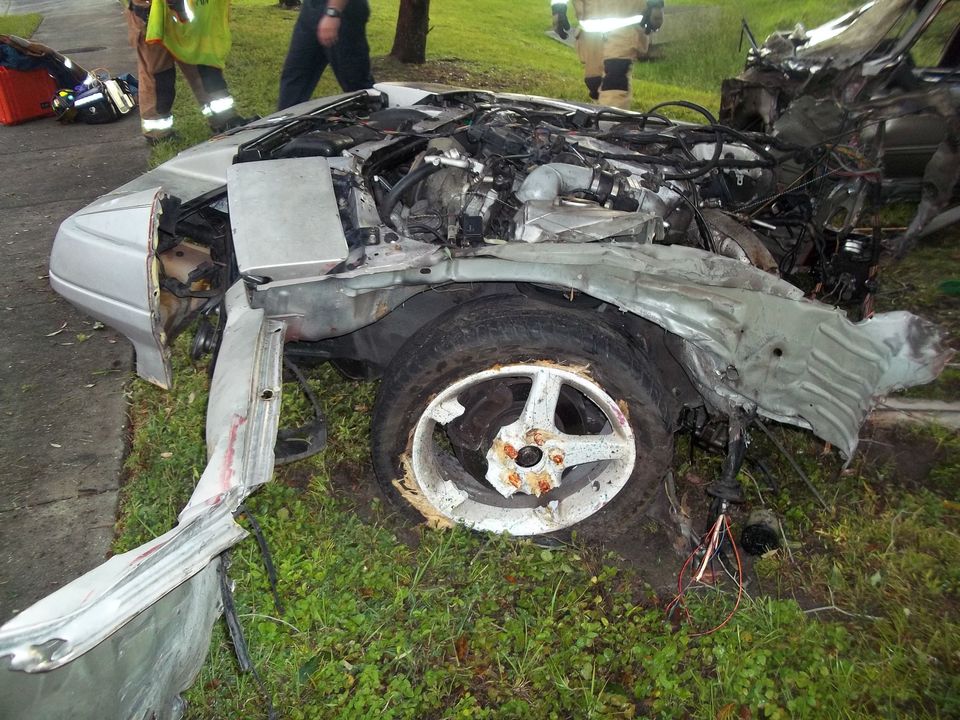