Blu, Jewel and their family fly away from their home in the coastal city to the ruthless Amazonian jungle in "Rio 2" -- a flight path that director Carlos Saldanha uses to give audiences a taste of Brazil.

With foot-tapping samba rhythms and colorful characters, the sequel to 2011’s “Rio” stays in tune with its predecessor while still managing to soar to new heights. The Brazilian director sat down with HuffPost to talk about what fans can expect from “Rio 2” and how the movie franchise has been a way for him to show a Brazil that is closer to his heart.

“Rio” was the first introduction to Brazil’s rhythm and breathtaking landscapes through one of its major cities, but in the sequel you really expand your focus. Tell us about “Rio 2.”

I’m very happy. It’s a very personal project, very close [to me] because I’m Brazilian -- a carioca from Rio. The first movie [“Rio”] was like a love letter to my city. And now in the second movie I show a little bit more of Brazil. In the first [film] we started with samba, carnaval and in the sequel we’re going to the Amazon, which is a very important region not only for Brazil but for the world. [The sequel] has a family story, now Blu and Jewel have kids and they have to think about their future so they start a very fascinating trip to discover the Amazon.

How does it make you feel to work on these films that spotlight Brazil?

It’s a very personal project because I’m Brazilian and I’ve always seen movies about Brazil or Rio that I didn’t connect with. This project started with the need to show a different Brazil, a Brazil closer to me, it’s a happy vision, a more colorful vision, a musical vision that really represents Brazil and really represents Latin American culture too.

Brazil is definitely in style: your movies, the World Cup, the Olympics. How does it feel, as a Brazilian citizen, that this is happening?

It a very special moment, we have to enjoy this moment and make sure it continues to be special. The “Rio” movies have a bit of that energy. The World Cup is a global passion. The point is to make good use of it. It’s a precious moment, an important moment, and “Rio 2” arrived in a special moment.

Apart from the happiness, the family, and the laughs that are in “Rio 2” the movie also tackles the issue of illegal logging and deforestation. Is the film a denouncement of this?

Yes, it’s a denouncement, a moment to reflect and think a bit about the future. Nature is one of the most important things to us [and] the planet’s current state isn’t very good. I think for the sake of the children’s future -- my children’s futures, their children, my children’s children -- we have to start to change, to preserve [the environment] more, it’s a very important awareness. I’ve always had that awareness and we have to pass it on to every generation. The movie takes on the issue in a simple way, not very strongly, but it’s very important.

And how does the mecca of film, Hollywood, treat a Brazilian director?

Very good, Hollywood really likes the energy, the fun, the colors and the music of Brazil. Ever since Carmen Miranda, the energy of Brazil has been popular. I’m Brazilian but I’ve lived here for more than 20 years and I’ve made other successful movies that are not about Brazil, like “Ice Age” and “Robots”... so [Hollywood] has treated me well. 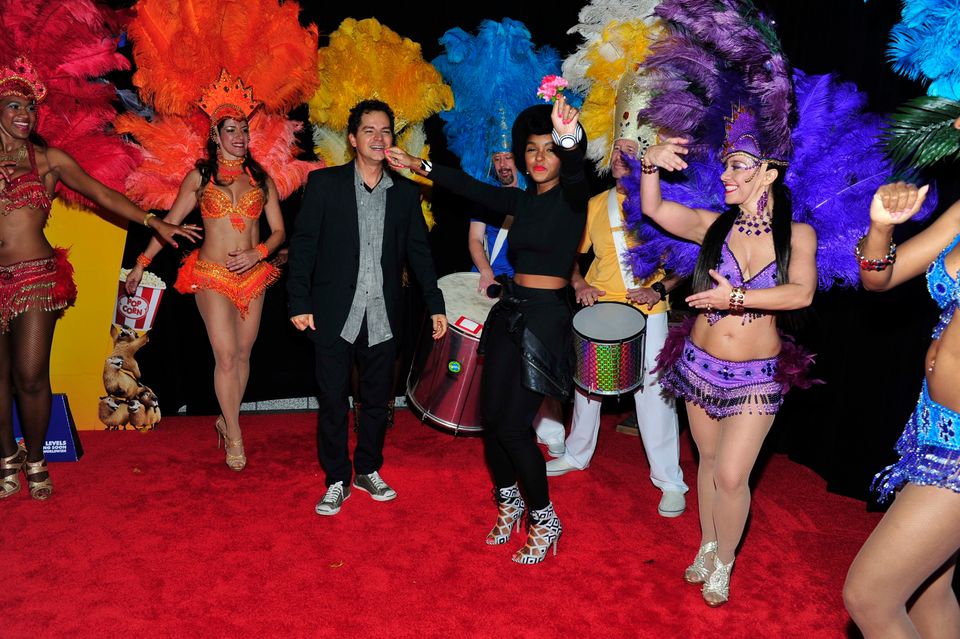