You've never seen -- or heard -- Marc Anthony quite like this.

The Salsa superstar joined singer Carlos Vives in his latest single "Cuando Nos Volvamos A Encontrar" and sang to the rhythm of Vallenato, popular Colombian folk music. In the music video that the debuted on Monday, the dashingly dressed duo blend their voices and genres as they comically battle for the attention of a young lady.

Vives and Anthony were inspired by the 1940s black and white romance films where two lovers part at a train station -- but the two stars weren't in it for the melodrama. Instead, the single feels upbeat and the singers have plenty of fun in front of the camera.

"It's a collaboration that arose from a friendship, from wanting to unite our brands and enjoy the musical genes that unite us," Vives said about the new song. "That Marc had so much fun both while recording and in the video is a sign of a job well done."

The video was filmed in Miami on April 25 and was directed by Felipe Montoya. The woman in the video was portrayed by Colombian actress Paola Turbay. 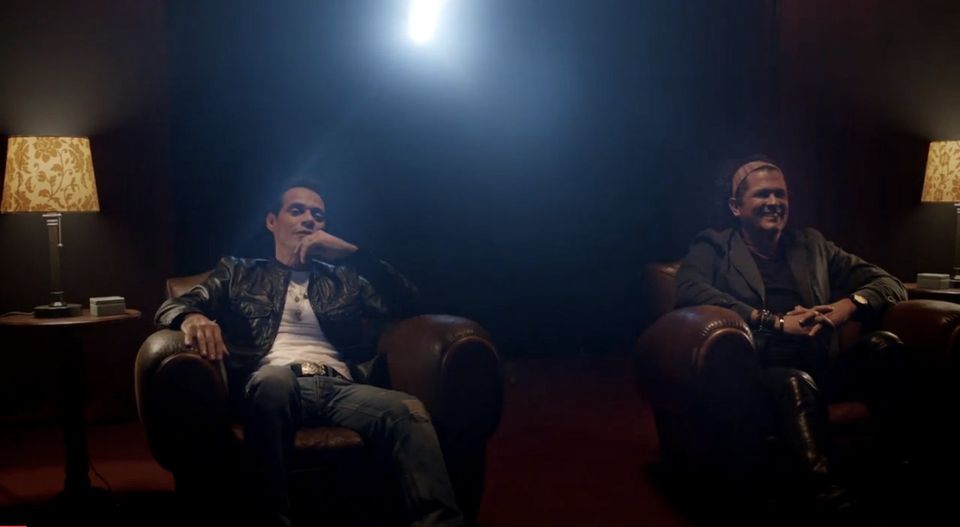