The year 2015 is very young and the world chess champion Magnus Carlsen has already won two strong tournaments -- in Wijk aan Zee in January and in the German resort Baden-Baden this week. But first, let's go briefly to Gibraltar, where the American grandmaster Hikaru Nakamura was tearing the competition apart this month. 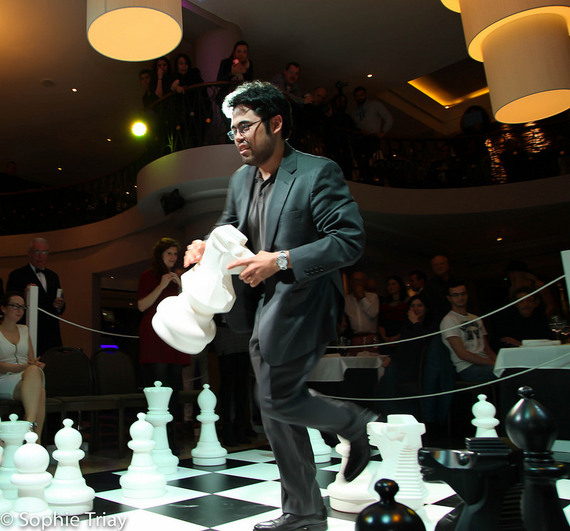 The United States have two chess players rated in the world's top 10 and they intend to push each other to get even better. Nakamura's fighting spirit didn't allow him to leave Wesley So's recent rating advance unanswered. He went to Gibraltar, where he won in 2008, and began to win game after game.

Already in the first game against the Serbian woman grandmaster Jovana Vojinovic, he did something unusual. Starting with the third move, he moved his queen on six consecutive moves. Nakamura would have been a hero some five centuries ago, around 1485, when the chess queen ceased to be a mere adviser to the king and acquired additional powers.

"That's what the fans want," exclaimed Hikaru, but the fans were utterly confused. "Don't move one piece too often in the opening," was one of the rules they read in chess manuals. Hikaru threw the rules out the window.

A popular continuation to avoid the Dutch defense main lines. It is a simple, concise variation - easy to learn.

The first of six consecutive moves with the queen. Not only is the b2-pawn under attack, but the black king can escape via the square d8 to the queenside. 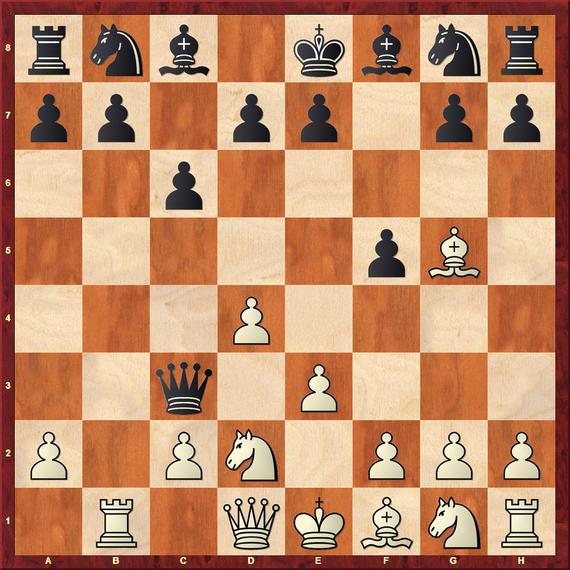 There was nothing wrong with a piece development, for example: 8.Ngf3 Nf6 9.Bd3 Qh3 10.Rg1 and White is ready to pounce.

The last step on the queen journey and Black is a pawn up. But I doubt Nakamura would like to defend this position against a skillful attacker such as Alexei Shirov. 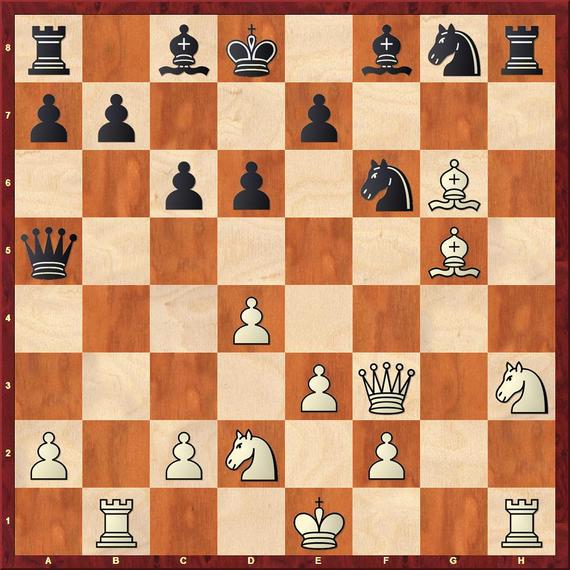 The king is rather safe here. Black's pawn structure is more compact and healthy and there are holes in White's camp. 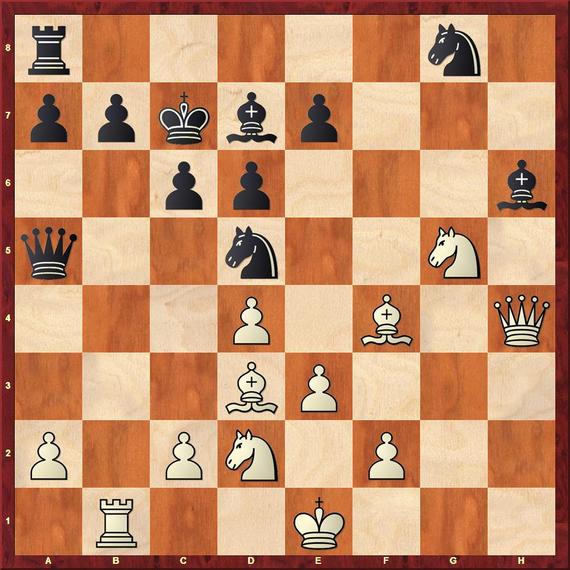 The action switches to the queenside, where Nakamura is ready. From now on White would be outplayed.

As Hikaru remarked, his e-pawn still dwells on its original square. Remarkable.

Nakamura went on to win the first six games and almost won the seventh, but the English grandmaster David Howell escaped with a draw after he reached the Vancura defensive set-up. Josef Vancura was a brilliant Czech chess composer and endgame theoretician who died at the age of 23 in 1921. His nephew Petr told me that his uncle suffered terrible headaches: "He had excruciating pain and decided to end his life." His rook endgame analyses were published after his death.

Nakamura could have won the game at one point, but he missed it. Hikaru knew the Vancura defense because he used it against Teimur Radjabov at the Gashimov Memorial last year. 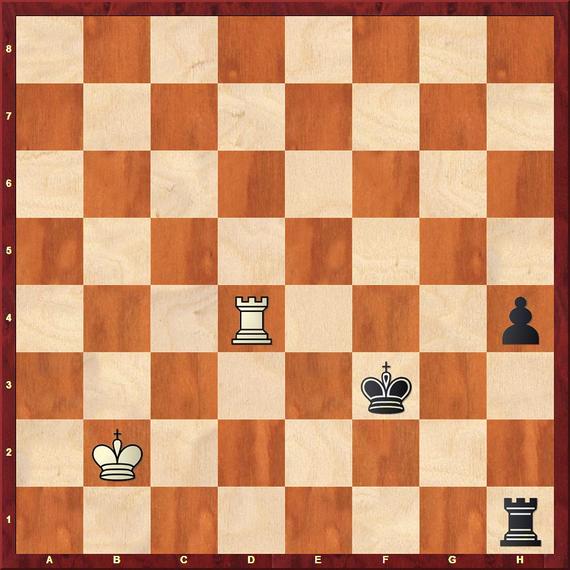 Vancura's position could be achieved with the white rook on c4 where it can safely attack the h-pawn and prevent the black king from supporting the pawn by giving checks from the side. Nakamura missed the following winning move:

The point! Black wins a tempo to free his rook, because the white rook is unprotected.

Despite this minor setback, Nakamura won the Tradewise Gibraltar Masters undefeated with seven wins and three draws with 8.5/10. Howell was a half point behind him with 8/10. The world women's champion Hou Yifan led a group of nine players with 7.5/10. It included the Chinese prodigy Wei Yi, 15, who broke another record: the youngest player to jump over the 2700 rating barrier. Altogether, 150 players took part in this open tournament.

Magnus Carlsen added drama to his victory at the Grenke Classic, an eight-player event in Baden-Baden, Germany. Most of the grandmasters played for the Bundesliga championship team that is based there.

Carlsen dropped a game to Arkady Naiditsch and had to play catch up till the end. The two players shared first place in the tournament. The tiebreaker went full five games and ended in Carlsen's favor 3-2. 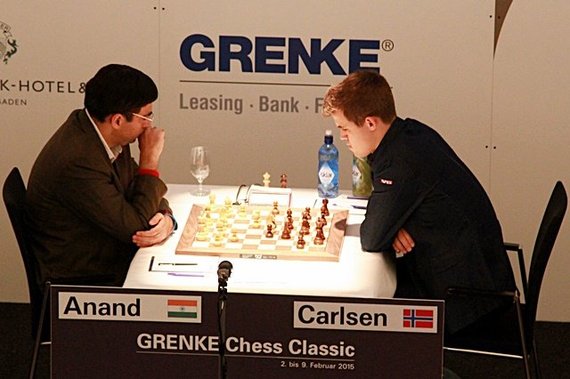 After the loss, Carlsen had to play Vishy Anand - their first encounter after last year's world championship match in Sochi. In the critical position after 23 moves, Anand decided to open up the game, but Magnus was ready. It became a nice lesson in counterattacking, although Vishy did not find the best resistance. 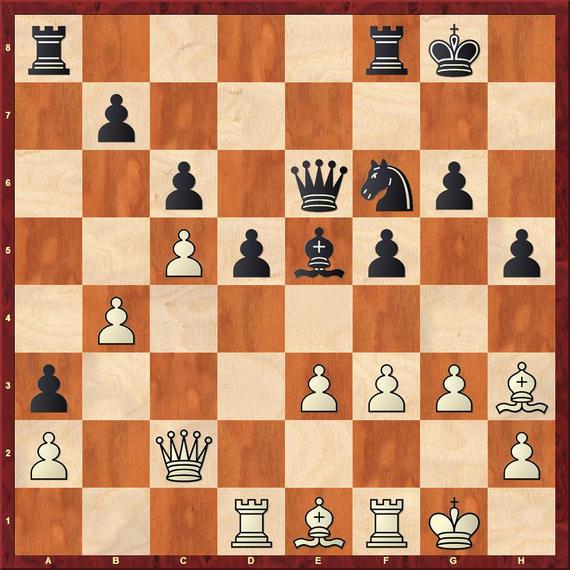 Anand tries to use the pin to open the game for the bishop pair and to dismantle Black's kingside.

It is not only a pawn Carlsen wins, but his a-pawn becomes a dangerous passer. Moreover, threatening to win the white queen with 27...Bd4+, Magnus is able to consolidate his kingside. 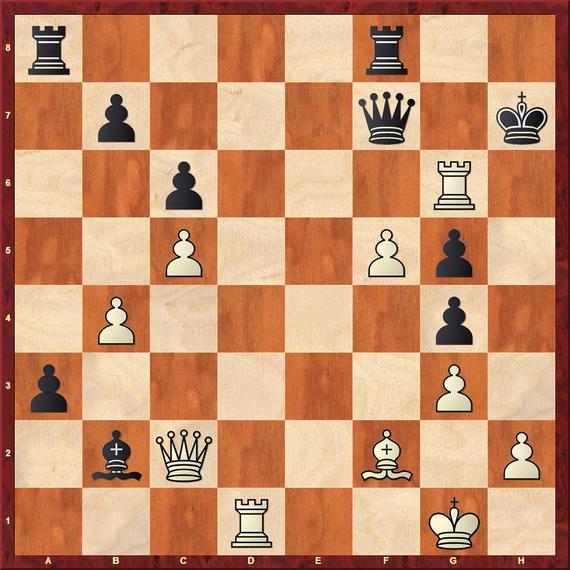 A fancy, but faulty rook sacrifice. Carlsen was very much surprised not to see 32.Re6 with good chances to equalize, for example:

The queen sacrifice is a simple, human refutation of White's attack. The computers are trying to convince us that 33...Rxf6 34.Rxf6+ Kg8 35.Rg6+ Kf8 also leads to Rome.