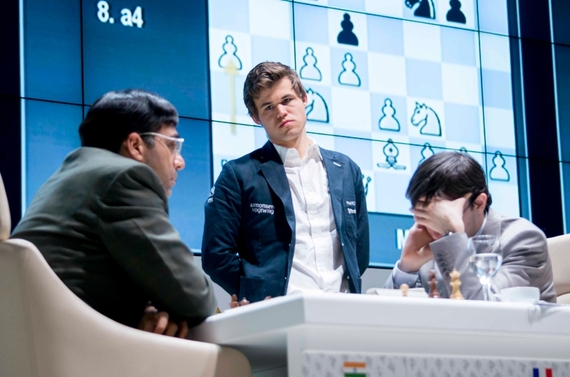 The world chess champion Magnus Carlsen, 24, scored another amazing victory with 7 points in 9 games at the Gashimov Memorial tournament in Shamkir, Azerbaijan. The Norwegian grandmaster finished a full point ahead of the former world champion Vishy Anand. The 45-year-old Indian grandmaster moves to second place behind Carlsen on the May FIDE rating list.

Carlsen's 2876 rating is just 6 points shy of the record he established a year ago. But he is 72 points ahead of Anand. Bobby Fischer still has the record of the largest rating difference between the world's top two players with 120 points over Boris Spassky in July 1972. When Garry Kasparov reached his highest rating of 2851 points in July 1999, he was 80 points ahead of Anand. It shows Anand's class and durability.

The tournament in Shamkir was played in memory of Vugar Gashimov, a talented Azerbaijani grandmaster and world-class player who died last year at the age of 27.

The biggest test for Carlsen came in the first round against Anand. The Indian grandmaster had the world champion on the ropes most of the game, but Magnus hung on and Vishy could not deliver the knockout. After that Carlsen scored five wins and finished undefeated with an incredible 78% performance. 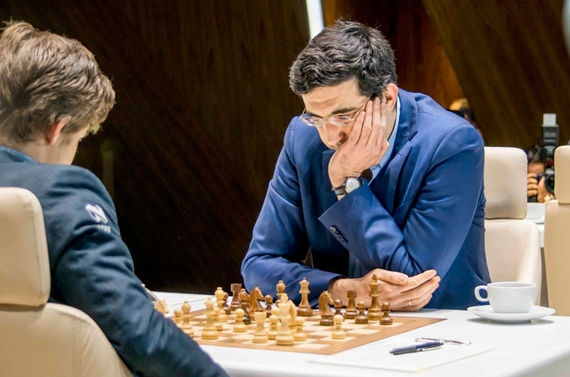 Carlsen played the best game against the former world champion Vladimir Kramnik. Inventive opening play and strong pressure in the middlegame led to material gain. Carlsen's technique took it from there. Here is the final stage: 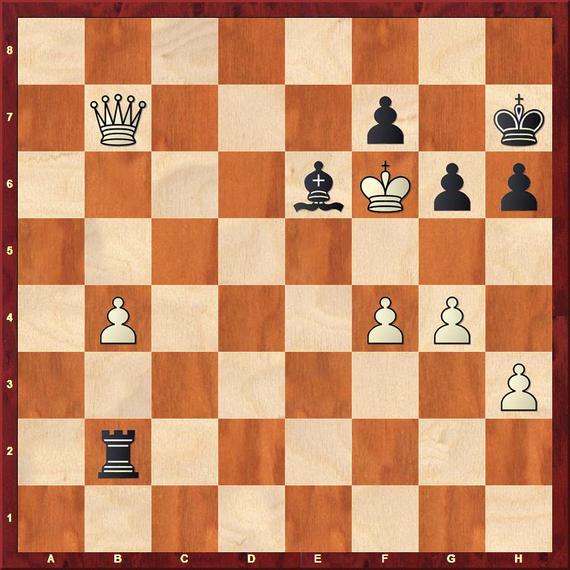 It was Kramnik's third consecutive loss, a real blow to him. He used to be rather invincible, rarely losing. He became the world champion in 2000 without allowing Kasparov a single win.

Wesley So came to Shamkir straight from the U.S. Championship where he finished third after losing four games. He hoped things would go better at the Gashimov Memorial and they did. So begun with a furious pace 3.5/4, an incredible start in such an elite tournament. In the next round, Anand stopped the breakout, but he knew it wouldn't be easy: "He had a huge year," the former world champion said. "Except for one event, he hardly lost a game." 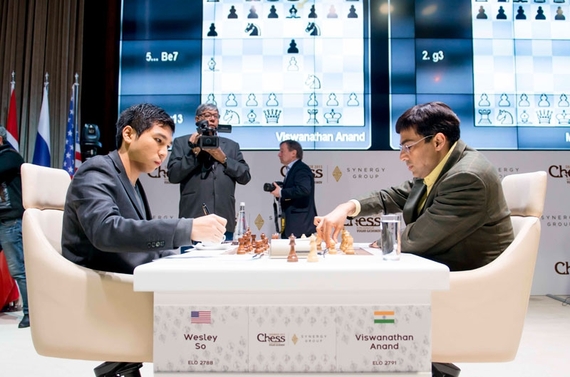 "It was a complicated, intense game," Anand said after his victory against So. "We were both spending a lot of time. Those kinds of games are very satisfying to win." It was another Vishy masterpiece. 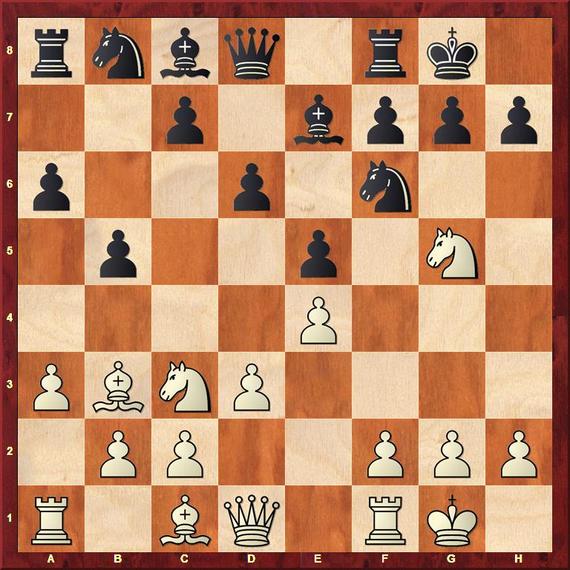 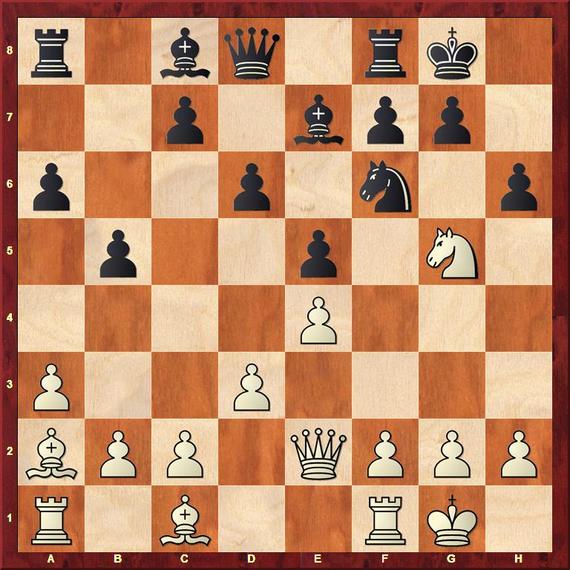 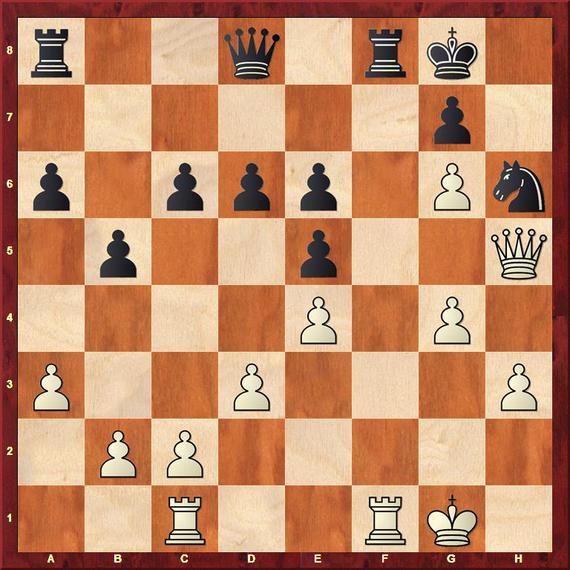 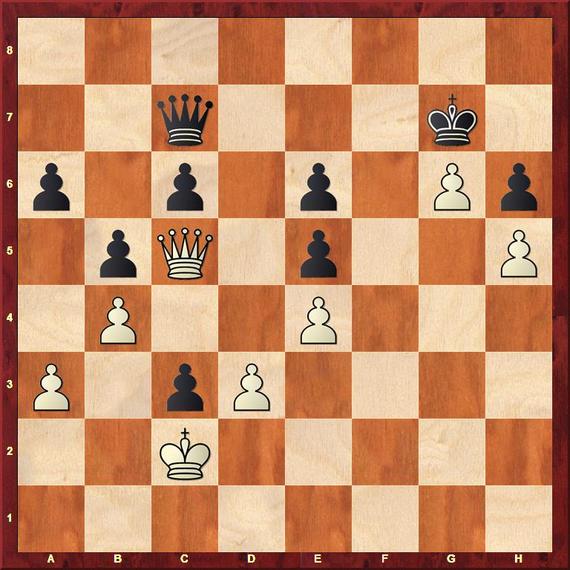 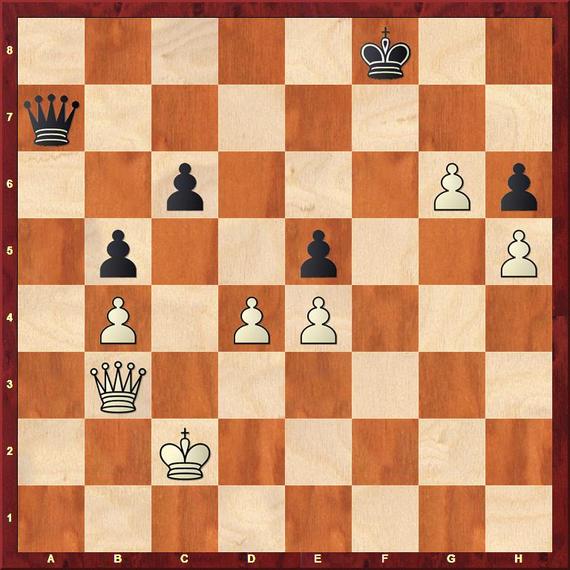 April was rich in chess events.
China won the World Team Chess Championship in Tsaghkadzor, Armenia, ahead of Ukraine and Armenia. The U.S. team without its champion Hikaru Nakamura and So, woke up in the second half to share fourth place with Russia.
Georgia finished first at the Women's World Team Championship in Chendu, China. Russia won the silver and China the bronze medals.
Three high-level established tournaments - Norway Chess in Stavanger, Sinquefield Cup in Saint Louis and London Chess Classic - have been united into the Grand Chess Tour. It will feature players from the world's Top Ten list, vying for a total prize of $1,050,000. After the announcement in Saint Louis, Kasparov defeated Nigel Short 8.5-1.5 in an exhibition match.