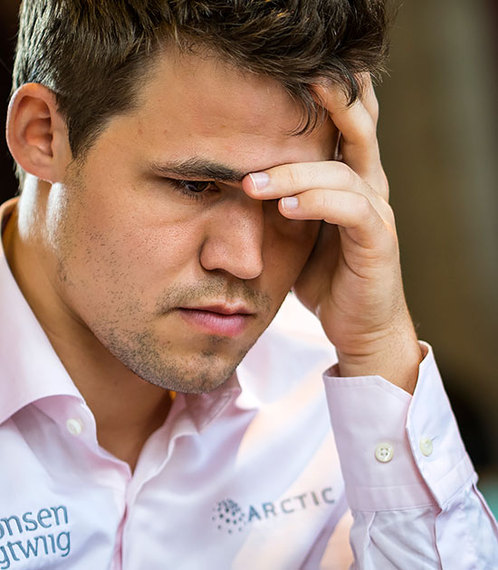 Magnus Carlsen leads the Grand Chess Tour after the speed events in Paris and the Belgian town of Leuven. But the world chess champion will not be around for the next two established classical events in Saint Louis and London. He is leaving the competition, mainly to prepare for the world championship match against Sergey Karjakin, scheduled for November in New York City. Carlsen's exit gives other players a chance to win it all.

The Grand Chess Tour is a brainchild of Garry Kasparov and the former world champion borrowed some ideas from the 1988-89 World Cup, a series of six Grand Prix classical tournaments I organized for the Grandmasters Association as its Executive director. For example, every player participates in four tournaments and can discard the worst result. The wild card, now used by GCT and FIDE, was an accident. It appeared that instead of the planned 24 players, one more qualified. The English grandmaster John Nunn created a new playing format. It gave us four extra spots to invite local players - the four wild cards.

Last year, Kasparov intended to have four GCT tournaments, but one event in Asia did not materialize. Carlsen won the three-event competition. This year, the Norwegian organizers, having a different view of chess sponsorship, left the GCT. But Kasparov was able to find two new spots in Paris and Leuven to stage speed tournaments, combining nine rapid and 18 blitz games in each event. 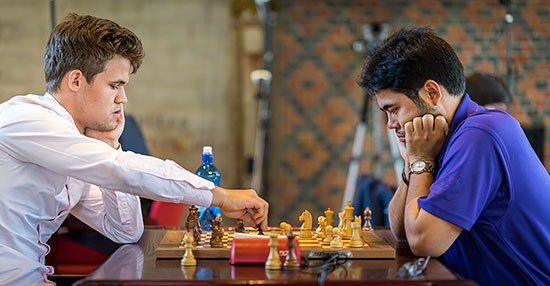 Hikaru Nakamura and Carlsen are considered the world's top two speed chess players. When they were younger, they played an all-night friendly blitz marathon in Moscow. They compete for good money now. In the first GCT event in Paris, Nakamura edged Carlsen for first place, despite losing their rapid encounter. 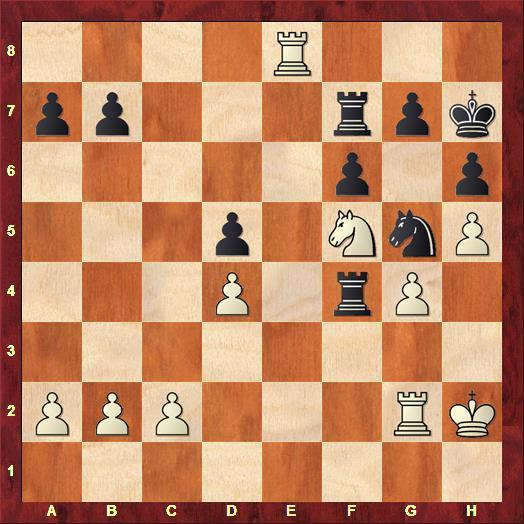 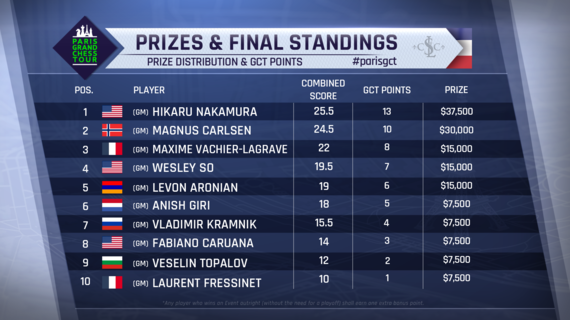 In the Belgian town of Leuven, the roles were reversed. Nakamura started with three losses and soon was out of contention, but he defeated Magnus. Carlsen blundering a piece early in the game is as rare as the soccer superstar Lionel Messi missing a penalty kick. Here is Carlsen's mishap. 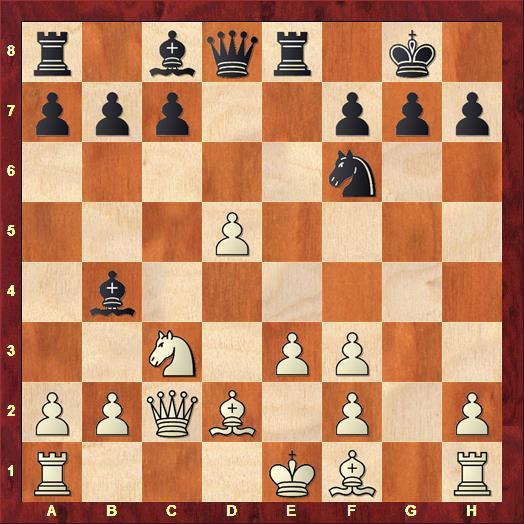 Other players were not immune to big blunders. The former world champion Vishy Anand also dropped a knight early, but his loss had a happy ending. 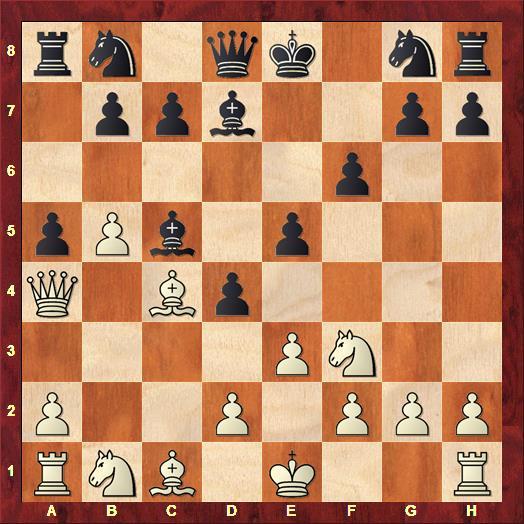 Anand didn't play in Paris and joined the GCT in Leuven. He replaced Laurent Fressinet, the Paris wild card. The Indian grandmaster, at 45 the oldest participant, can still amaze the fans. The final stage from his game against Maxime Vachier-Lagrave is a wonderful example of counterattacking. 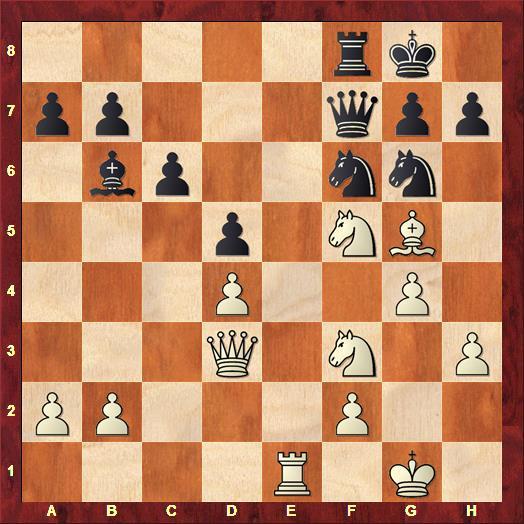 Carlsen recovered from his loss to Nakamura and with a streak of victories clinched first place in Belgium. 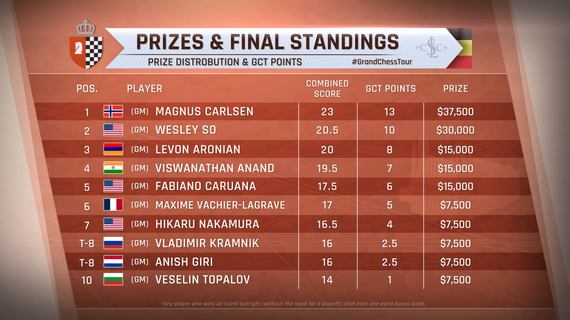 Carlsen was leading the GCT, but he was a wild card in Paris and Leuven, ineligible for the overall victory. He leaves the tour, but his GCT points remain and are influencing the overall standings. They should not count at all. Wesley So should be leading the tour with 21 GCT points. Instead, he is now tied with Nakamura for first place with 17 points. 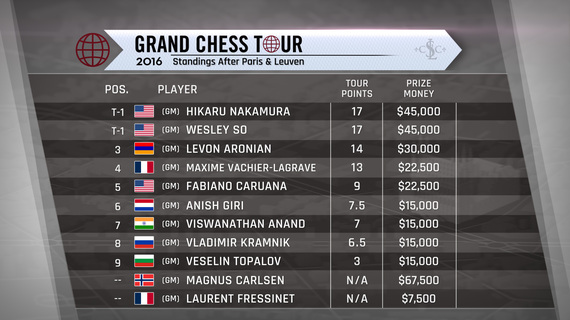 Individually, the GCT events are spectacular tournaments, well organized and set in great places. They give many chess fans the opportunity to follow the world's best players. But the organizers should have separated the speed events from the classical tournaments. They are apples and oranges and grafting them forcibly together doesn't make sense.

Anand is the only grandmaster competing in only three events and they all will count in the overall standings. Others players have the luxury to discard one of their four events. The final results will be known only after all four GCT events are finished.

Carlsen is on top of the FIDE July classical rating list. The former world champion Vladimir Kramnik is second and the American Fabiano Caruana third. Their speed chess performances are considerably weaker. In Leuven, Carlsen finished Caruana with a nice mating combination. 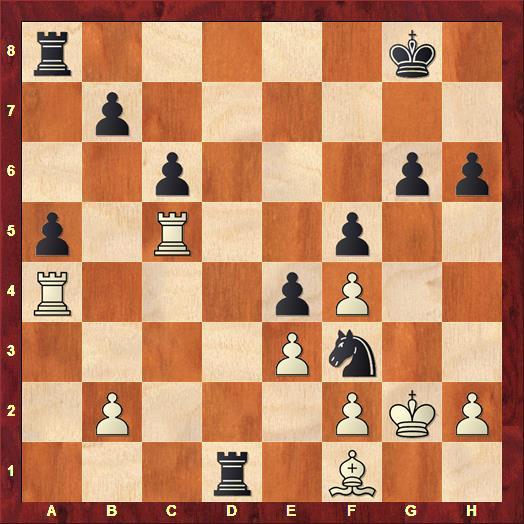 It reminded me of a game I played in Athens in 1968. History sometimes repeats itself even at the chessboard. The final jab led to the same mating patterns as in Carlsen's game. 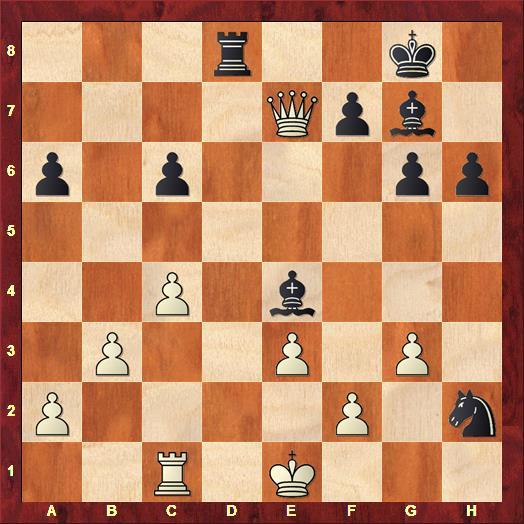 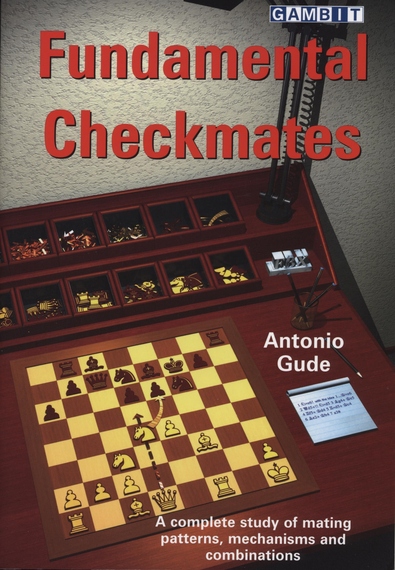 The Spanish writer admires beauty in chess and explains how attacks and combinations work together with mating patterns. He is well-read, knows important games from the past and present, and uses famous endgame compositions to create a useful mating manual for wide readership.

Here's how he presents a famous mating combination, composed by Alexander Kakovkin in 1936. 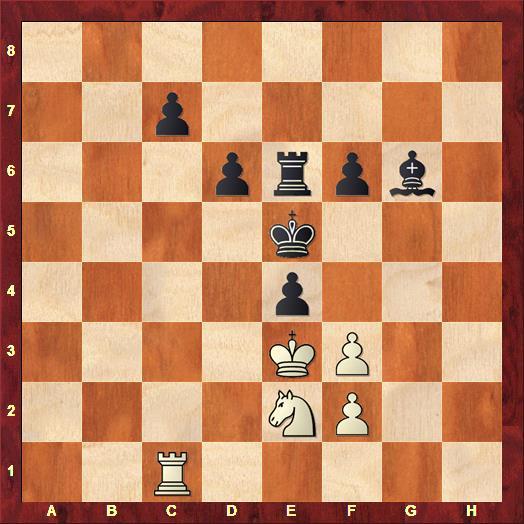 Despite the relatively abundant material on the board, White is able to keep harassing the enemy king, thanks to which it remains stuck on the fifth rank. Out of the eight squares to which the king could move, in theory, four are self-blocked and two are under attack, which leaves it with only two notional escape-squares.
1.f4+
[1.Nf4 exf3 2.Nxe6 Kxe6 3.Rxc7 gives White an advantage, but not an immediate win. - lk]
1...Kd5
[Black loses after 1...Kf5 2.Nd4+ Kg4 3.Nxe6+- lk]
2.f5! Bxf5
The bishop is forced to block one of the two flight-squares.
3.Nf4+ Ke5 4.Rd1
Threatening mate on d5.
4...c6 5.Rd5+!
Anyway.
5...cxd5
White has forced another square the king around to be blocked.
6.Nd3+!!
The final and decisive finesse. The knight is sacrificed to deflect the e4-pawn, the last obstacle.
6...exd3 7.f4 mate.
A single pawn, with the support of its king delivered checkmate. But what force had to be sacrificed first, to prepare the path to glory!