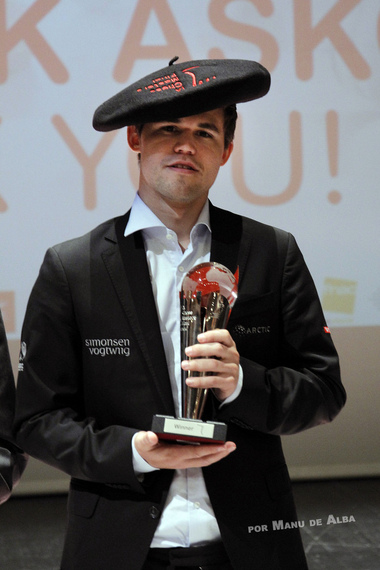 Txapeldun, a traditional Basque beret honoring brave champions, was bestowed on Magnus Carlsen on Saturday. The world chess champion won the 2016 Bilbao Masters with a dominant performance. He clinched the event twice before after sharing first place and triumphing in the playoff - in 2011 against Vasyl Ivanchuk and in 2012 against Fabiano Caruana. This year was different. Carlsen turned the other world-class players into spectators. 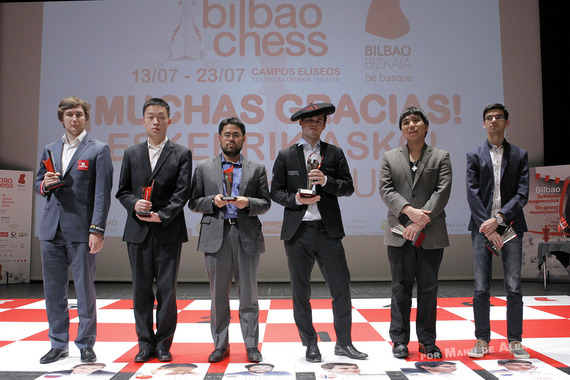 Carlsen won four games, one more than all his opponents combined. He started slowly. For the first time he lost to Hikaru Nakamura in a tournament with the classical time limit. He wowed to play sharper and with a string of three victories catapulted himself into the lead and never relinquished it. His last victory came against Anish Giri, whom he has never beaten in the classical tournaments before.

Bilbao has been encouraging players to fight and to win games for years by using the soccer point system, with three points for a win and one point for a draw. It didn't quite work this year, with only 23 percent of decisive games. Carlsen was the major benefactor, securing the tournament victory with one round to go.

The Bilbao Masters offered a two-game preview of the world championship match between Carlsen and Karjakin, scheduled for November. It didn't look good for the Russian challenger. Carlsen took care of the first game. He was increasing his advantage slowly and meticulously, turning it eventually into an unstoppable mating attack. 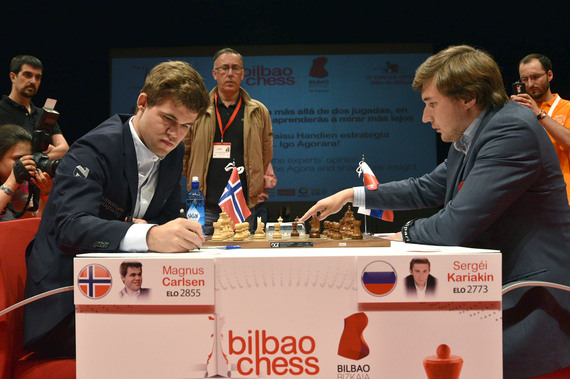 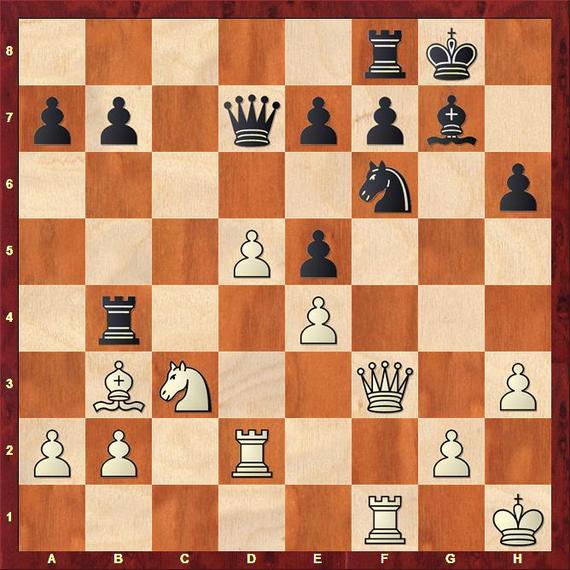 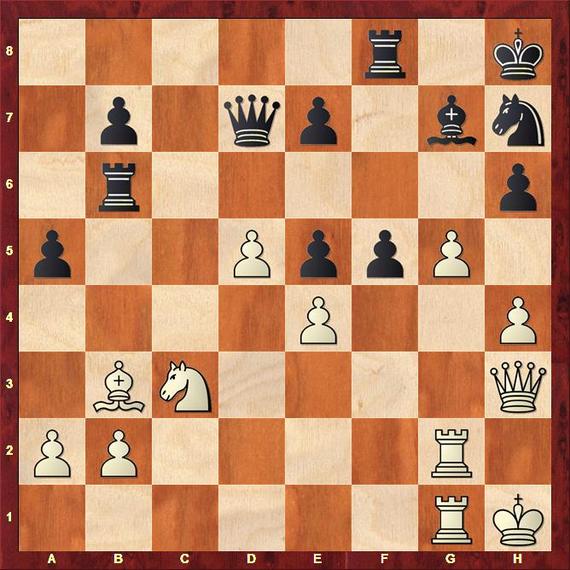 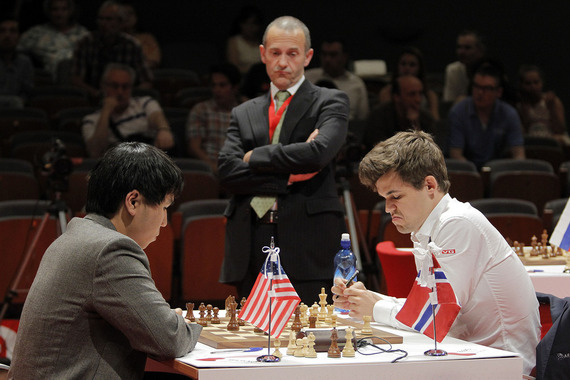 Carlsen's victory against the last year winner Wesley So was impressive. The Norwegian grandmaster reached for an opening idea used two centuries ago. He created an elusive target and when Wesley took aim, the white knights began to leap all over the board. A timely pawn sacrifice left the black king vulnerable to a final storm.

1.e4 e5 2.Nf3 Nc6 3.Bb5 Nf6 4.d3 Bc5 5.Bxc6
Adolf Anderssen, the attacking master and one of the world's best players of the 19th century, was experimenting with this unprovoked exchange in the Spanish. Black will most likely lose a tempo since the bishop on c5 is not ideally placed. White bets on his better pawn structure.
5.Be3 is an idea from Giocco Piano, preferred by the Viennese master dr. Arthur Kaufmann around 1890s.
5...dxc6 6.Qe2
Threatening 7.Nxe5. Against Kramnik, last month in Paris, Magnus prevented the Bc8-g4 pin with 6.h3. Anderssen and later the Czech leading player Oldrich Duras used the move h2-h3 to launch a kingside attack with g2-g4.
6...Qe7
6...Bg4 can be met by 7.Nbd2 as in the game.
7.Nbd2
7.h3 was played already in the game Walbrodt-Metger, Berlin 1897.
7...Bg4 8.h3 Bh5 9.a3 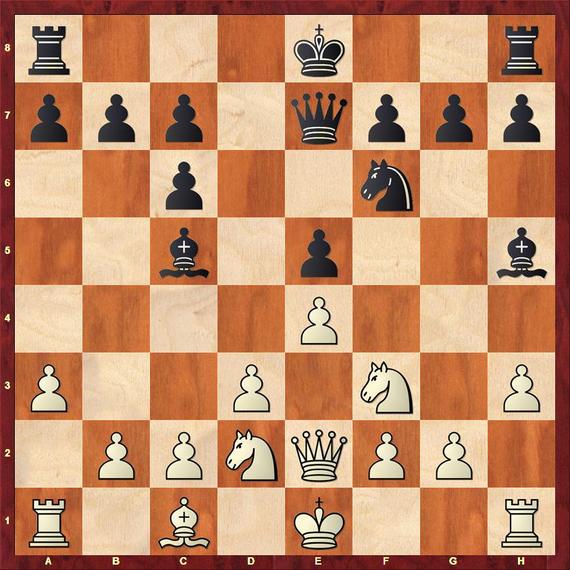 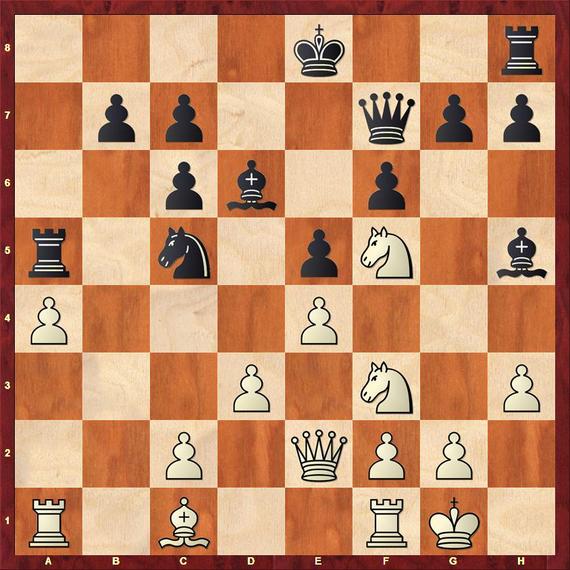 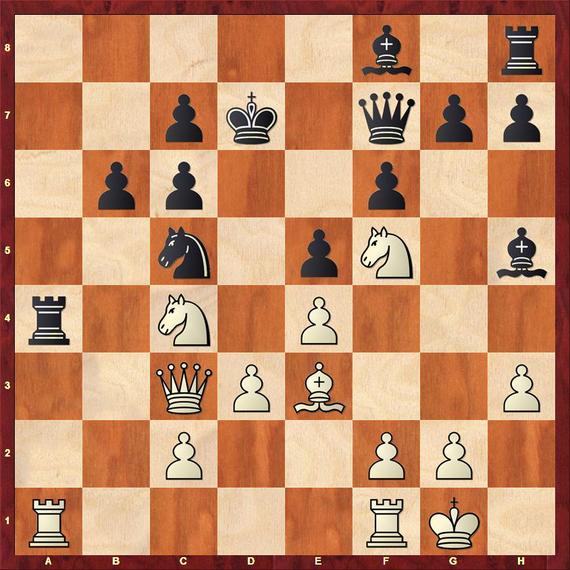