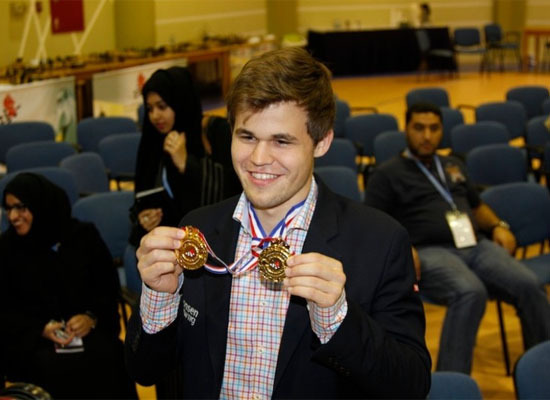 After the world chess champion Magnus Carlsen collected two more world titles last week in Dubai, winning the FIDE Rapid and Blitz championships, new comparisons were inevitable. Now he might be compared to a horse or a long distance runner, I thought.

The famous horse I had in mind was Secretariat, one of the best thoroughbreds of the last century, having swept the Triple Crown - the Kentucky Derby, the Preakness Stakes and the Belmont Stakes - in record times in 1973. The long-distance runner was Emil Zatopek, winning three gold medals at the 1952 Helsinki Olympic Games in the 5 km and 10 km races, and the marathon.

Carlsen evoked comparisons from an early age. In January 2004 in the Washington Post, I called the 13-year-old Carlsen the Mozart of Chess for the splendid finish of his game against Sipke Ernest at the Corus tournament in Wijk aan Zee. 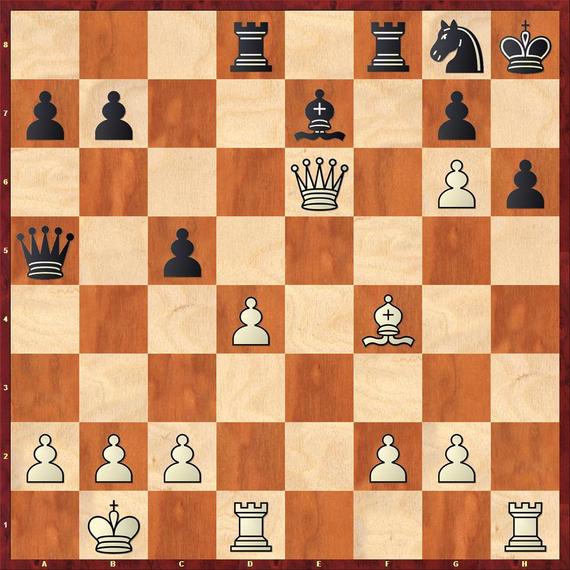 This gorgeous rook sacrifice opens the h-file and is based on a vulnerable seventh rank.

The only reasonable way to defend against 24.Qh7 mate.

With a conclusion like this Magnus was soon being compared to Mikhail Tal, the most imaginative world champion.

In 1956, two magnificent players appeared on the chess horizon: the 13-year-old Bobby Fischer created "the game of the century" against Donald Byrne at the U.S. Championship in New York and Tal played a dramatic, nail-biting game against Alexander Tolush in the last round of the Soviet Championship in Leningrad. Next year, both Fischer and Tal won the championships of their countries for the first time. In 1960 Tal became the world champion. 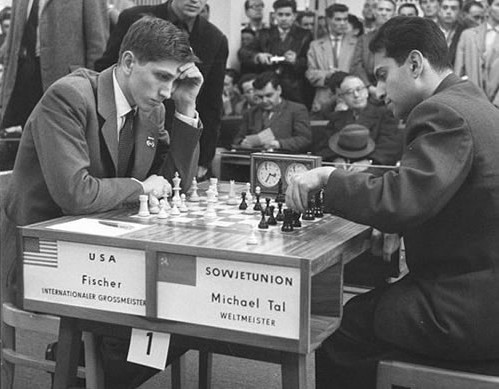 Several commentators, including Garry Kasparov, tried to dissect the amazing Tal-Tolush game with the help of the computers, but even the machines were confused by the wild play and showed different solutions.

The Poisoned Pawn variation in the Najdorf Sicilian began to appear in important tournaments at that time and Tal contested the line against Tolush with great energy, aiming to develop quickly, disregarding the material. Tal's pieces were happily dancing around while Tolush still had to wake up his forces, most of them still standing on the original squares. Tal was a bishop down when he brought the last piece into play. 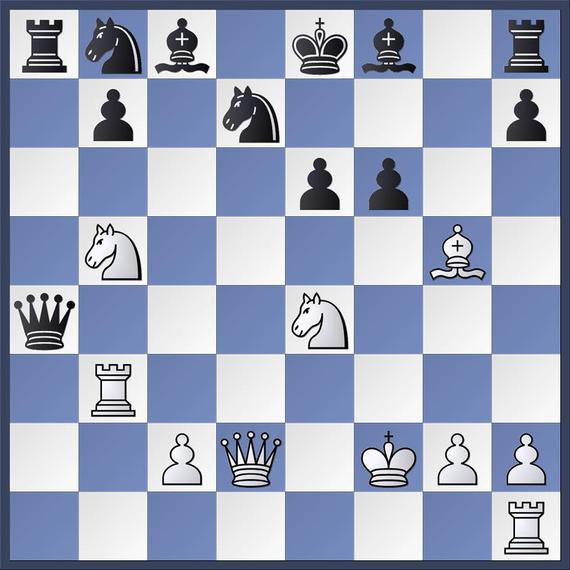 A beautiful move: imagination beats calculation.
After 18.Nxf6+ Nxf6 19.Bxf6 Bc5+ black gets out of trouble.

and Black overstepped the time limit in a lost position.

I saw the power of Tal's imagination in the Dutch town of Eersel in 1969. Misha played Bent Larsen for the right to be the first reserve in the upcoming Candidates matches. While my 10-game match against the Dutch champion Hans Ree was going rather well (and I eventually won 7-3), Tal was losing to Larsen.

No matter how the matches were going, we would often meet with Misha after the games in the hotel pub filled with smoke from cheap cigars and talk about chess. One evening I was showing him a King's gambit game I played in Czechoslovakia shortly after he became the world champion. I thought he would be pleased to see how his wonderful rook move 18.Re1 from his game against Tolush was interpreted elsewhere. Not so.

I didn't even reach the key position when Tal suddenly covered the pieces with his hand and said: "Don't tell me what you've played. I know what you did!" And without hesitation, the magician from Riga placed my bishop on a square where it could have been taken by the queen and bishop. It was perhaps not the best move, but it was shocking and surprising.

I showed the position recently to an enthusiastic Czech club player Vaclav Chladek and he came up rather quickly with the same move Tal suggested. But he admitted he was looking for something extraordinary or even ridiculous. Tal's move didn't cross my mind during the game: my brain was seeking something else. The computers later found another bishop sacrifice. 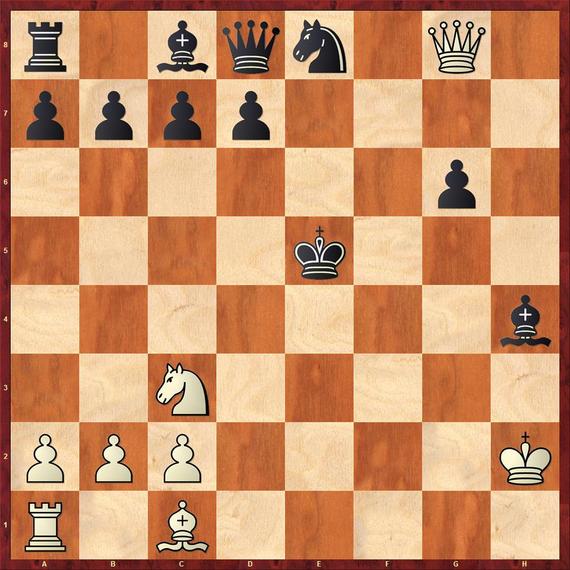 I was getting excited, seeing the ideas leading to 22. Re1. White creates a mating net and sets up a delicate finale. But there was something else, something out of this world.

Many computer programs proposed the more powerful 19.Bf4+!!. It is the fastest way to bring the rook into play and finish the mating attack. 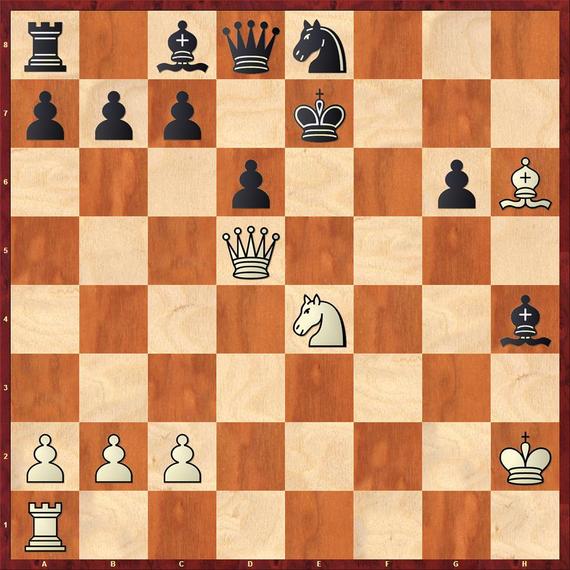 Other moves lead to white's advantage or outright win:

I was visiting Boris Spassky in Paris when we learned the sad news that Misha Tal died on Sunday, June 28, 1992. Twenty-two years later Tal's name and his creations are as popular as ever.

Quality Chess launched a trilogy Mikhail Tal's Best Games, written by the Hungarian IM Tibor Karolyi. The first volume The Magic of Youth covers Tal's play from 1949 till 1959. The author selected great games, scrutinized them with computers and delivered new comments. He also sought input from Tal's opponents, friends and coaches, creating a vivid picture of Tal as a person. Among many books written about Tal, Karolyi's work stands out.