NEW YORK, May 21 (Reuters) - Politics has a well-known revolving door, with candidates often rehiring consultants, strategists and vendors as they move from one campaign to the next. But for Republican presidential contender Carly Fiorina, that might not be so easy.

Twelve of about 30 people who worked on Fiorina's failed 2010 California Senate campaign, most speaking out for the first time, told Reuters they would not work for her again. Fiorina, once one of America's most powerful businesswomen, is now campaigning for the Republican nomination in 2016.

The reason: for more than four years, Fiorina - who has an estimated net worth of up to $120 million - didn't pay them, a review of Federal Election Commission records shows.

On the campaign trail, the former Hewlett-Packard CEO has portrayed herself as a battle-hardened business leader who possesses the best financial skills among fellow Republican presidential hopefuls. But some former staffers on her Senate campaign are now raising questions about that portrayal. 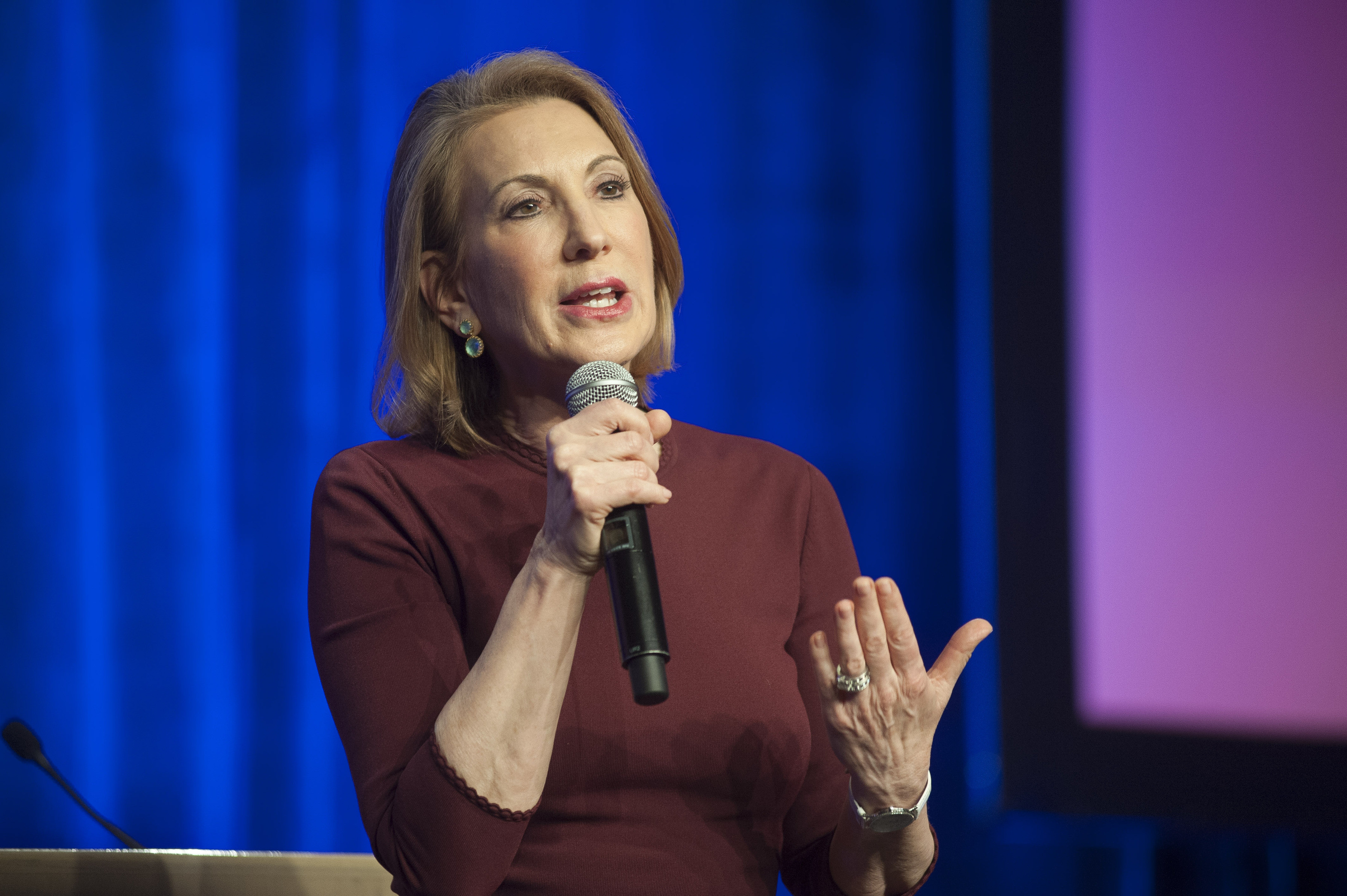 Republican presidential candidate Carly Fiorina speaks during the welcome reception at the Republican National Committee Spring meeting May 13, 2015 at The Phoenician in Scottsdale, Arizona. Fiorina, a former CEO of Hewlett-Packard, is seeking the Republican nomination for the 2016 presidential race. (Photo by Laura Segall/Getty Images)
Federal campaign filings show that, until a few months before Fiorina announced her presidential bid on May 4, she still owed staffers, consultants, strategists, legal experts and vendors nearly half a million dollars.

FEC records show, for example, that her former campaign manager Martin Wilson was owed $80,500; legal counsel Ben Ginsberg $60,000, and the widow of California political adviser Joe Shumate, who died during the final month of the campaign, at least $30,000.

Ultimately, Fiorina paid them. Fiorina's campaign declined to give reasons for the delay, which was first reported in the San Francisco Chronicle.

"I'd rather go to Iraq than work for Carly Fiorina again," said one high-level former campaign staffer, who asked not to be identified, citing disclosure restrictions in his contract.

It's not common for campaigns to end in debt but not extraordinary either, said Trevor Potter, a Republican former FEC chairman. Usually wealthy candidates pay off the debts themselves "as a matter of honor and reputation because they feel badly about vendors who are stuck with these debts."

Even so, one Fiorina Senate campaign worker who was owed money, California fundraiser Ann Kramer, said the time it took for her to get repaid didn't trouble her. "I don't fault Carly at all," Kramer said. "I love Carly." Kramer said she is now helping Fiorina fundraise for her presidential bid.

Neither Fiorina's campaign, nor the fundraising group Carly for America, a Super PAC affiliated with Fiorina, responded to requests for comment about the former staffers' complaints, though Fiorina presidential campaign spokeswoman Anna Epstein said that the money was "owed by an entity - Carly for California. Not owed personally by Carly."

WHAT ABOUT CLINTON, OBAMA?

Leslie Shedd, Carly for America's spokeswoman, said: "As is common with many campaigns - including both Barack Obama's re-election in 2012 and Hillary Clinton's presidential campaign in 2008 - there was some leftover debt with Carly Fiorina's Senate campaign in 2010. However, this issue has been resolved and the campaign debt has been paid off in full."

At the end of her 2008 presidential bid, Clinton owed $12 million to nearly 500 staffers, consultants and vendors, according to campaign finance website Opensecrets.org. FEC documents show Clinton paid off the bulk of her leftover debts by the third quarter of 2009.

Clinton did continue to owe money, about $845,000, to one firm, that of her pollster Mark Penn, which her campaign steadily chipped away at over the course of the next three years, the records show. As secretary of state, Clinton was banned from fundraising to clear the debt, but both President Barack Obama and former President Bill Clinton helped fundraise the money.

The Clinton campaign and Penn's office did not respond to requests for comment.

Obama's 2012 re-election campaign ended with $5.6 million in debt. As of April, $2.3 million of that is still on the books, FEC records show. Obama's campaign did not respond to requests for comment.

One consulting firm who did work for Fiorina's joint fundraising committee, East Meridian Strategies, said it has not been repaid the $9,000 the committee still owes it for a bulk mailing it did.

"I can confirm we have not been paid," said firm partner Jon Seaton, who is working on Republican Senator Lindsey Graham's presidential bid.

Emails reviewed by Reuters show that Fiorina's campaign finance manager, Joanne Davis, acknowledged the debt and said it would be paid.

Davis did not respond to requests for comment. Sarah Isgur Flores, deputy campaign manager of Fiorina's presidential campaign, said, "That's odd because that debt didn't show up on any FEC report for years, which they could have contested at any point. And now - 3 years after the committee has been terminated by the FEC - they are claiming they are owed money."

A number of former campaign workers said they were upset that Fiorina paid them only once she had decided to run for president. They also complained that around the time she lost her campaign, Fiorina repaid herself $1.2 million of the $6.78 million she had loaned her campaign.

Another source of pique: nine months after she lost the election, Fiorina paid $6.1 million for a 5-acre (2. hectare) waterfront estate in Virginia, near Washington, D.C. The house has no mortgage, property records show. (Reporting By Michelle Conlin, editing by Ross Colvin)