Carly Rae Jepsen doesn't need to tell any boys "Call Me Maybe" because she already has herself a man, musician Matthew Koma.

Jepsen and boyfriend Koma were spotted holding hands at the US Open's annual Arthur Ashe Kids Day on Saturday in Queens, New York, where the pop singer performed with Owl City.

"I really like guys who have confidence, but not the cocky over-the-top confidence. Guys with the right type of confidence are really sexy," the 26-year-old told People magazine about her ideal guy, while at the tennis match. When asked about boyfriend Koma she coyly responded, "He's a really great guy and really talented."

Koma, a Seaford, New York, native, is signed with Interscope Records and is best known for his song "Parachutes." He also opened for LMFAO this summer and is featured on "Spectrum" by German DJ, songwriter and producer Zedd. He's set to tour with Owl City, whose frontman Adam Young rocked with Jepsen on "Good Time," starting in September.

Jepsen was a little more candid when discussing her favorite kind of dates, which could be anything from "things that we've never tried before" to simply staying at home and cooking dinner.

The couple was first spotted in public in mid-August at the GetGlue HD Launch Party at the Standard, East Village in New York City, People previously reported.

"He introduced her as his girlfriend," a source told People about Koma. "He seemed really excited about it, and she was smiling from ear to ear by his side during the introduction. He seems like a really nice and personable guy."

Correction: A previous version of this article incorrectly stated that Jepsen and Koma have dated for more than a year. 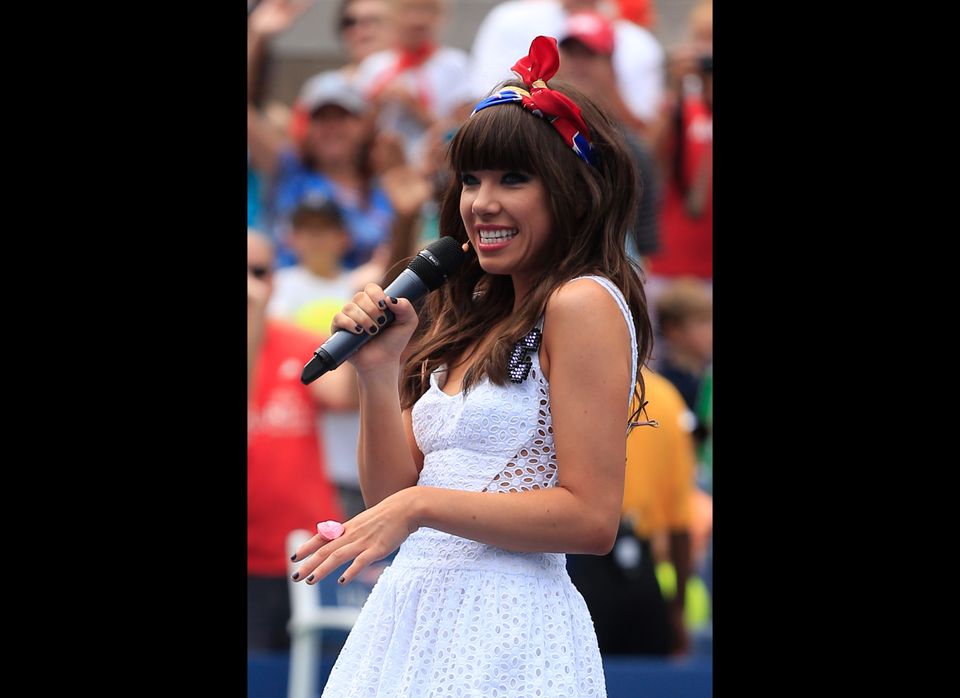