On the eve of "Carmageddon II," researchers from the University of California, Los Angeles revealed that last year's July 15-17 closure of Interstate 405 resulted in significant air quality improvements in the vicinity of the freeway.

The study's findings, announced September 28, show that concentrations of ultrafine particles (air pollutants with a diameter of less than 0.1 microns) dropped by 83 percent within minutes around the closed 10-mile stretch of the 405, according to a UCLA press release. Concentrations of larger PM2.5 particles dropped 36 percent.

The researchers also found that with an overall decrease in traffic across the Los Angeles area during the Carmageddon weekend, "air quality ... improved 75 percent in parts of West Los Angeles and Santa Monica and an average of 25 percent regionally — from Ventura to Yucaipa, and Long Beach to Santa Clarita."

Study co-leader Suzanne Paulson, a UCLA professor of atmospheric and oceanic sciences, said, "The air was amazingly clean that weekend. Our measurements in Santa Monica were almost below what our instruments could detect, and the regional effect was significant. It was a really eye-opening glimpse of what the future could be like if we can move away from combustion engines."

Yet the air quality improvements disappeared with the return of heavier traffic the next week. Paulson said in a statement, "We measured fresh emissions: pollutants that come directly from cars. It's a very short-term effect."

A spokesman for the South Coast Air Quality Management District, Sam Atwood, told the Los Angeles Times that LA has the "worst air quality in the country." The Times notes that exposure to near-roadway pollutants has been linked to "an increased risk of asthma, heart attack, stroke, premature births and other health problems."

Paulson's colleague Yifang Zhu, an associate professor of environmental health sciences at the UCLA Fielding School of Public Health, said in the press release, "There is no safe level of PM2.5 concentrations, where you would no longer observe health impacts, so any reduction is an improvement."

The negative health consequences from air pollution may affect disadvantaged portions of the population most dramatically. The Huffington Post's Lynne Peeples reported earlier this year that census data paired with air pollution levels from the EPA's monitoring network shows that "low-income and minority groups -- in particular, poor children of color -- tend to be most exposed to air pollution." 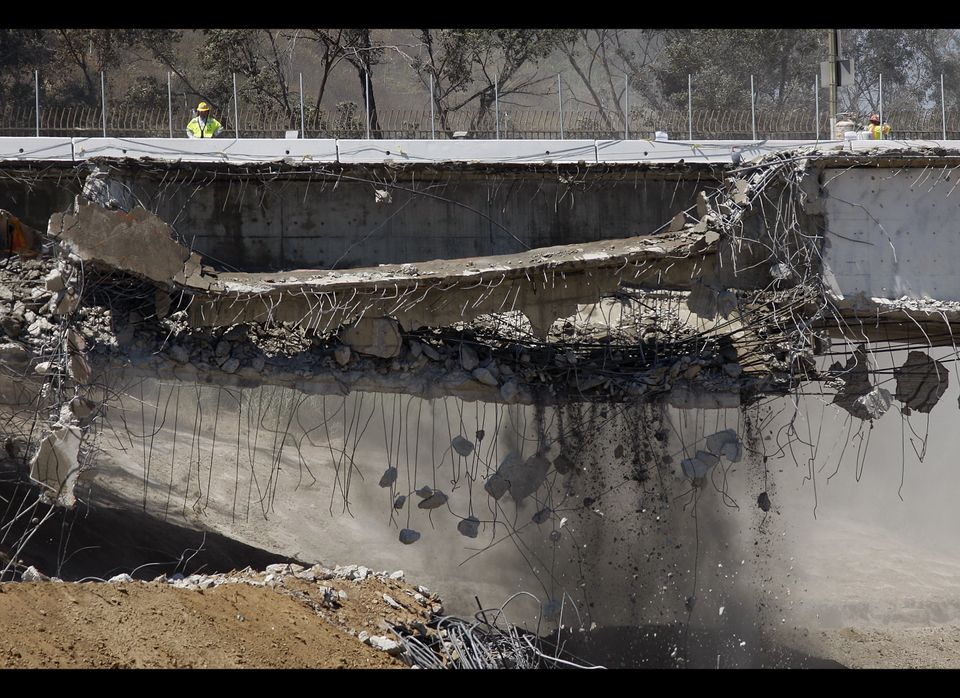