One of fashion's buzziest models made an appearance during New York Fashion Week, and we're not talking about Kendall, Karlie or Gigi.

It was all about 83-year-old supermodel Carmen Dell'Orefice, who was cast in Elie Tahari's Fall/Winter 2015 presentation. Held at the designer's New York City store, Dell'Orefice transformed the window display and modeled next to a fake zebra.

When asked about casting Dell'Orefice in his presentation, Tahari told HuffPost Style that he considers the model "an icon." He added, "It was an honor she was able to be a part of my presentation. For me, I wanted to showcase the diversity of fashion this season, and what better way than with a timeless beauty like her. She has so much energy at 83 and wore out the other models on the stage. When the presentation was over she insisted on going into our store window and posing for another 20 minutes for fans that were watching from outside! It’s incredible."

Dell'Orefice recently appeared on the cover of New You and spoke to the magazine about how she's appeared on more covers in the last 25 years than she has in her entire career. "I stood up for age," she added.

Take a look at Dell'Orefice's appearance in Elie Tahari's show below and tell us what you think! 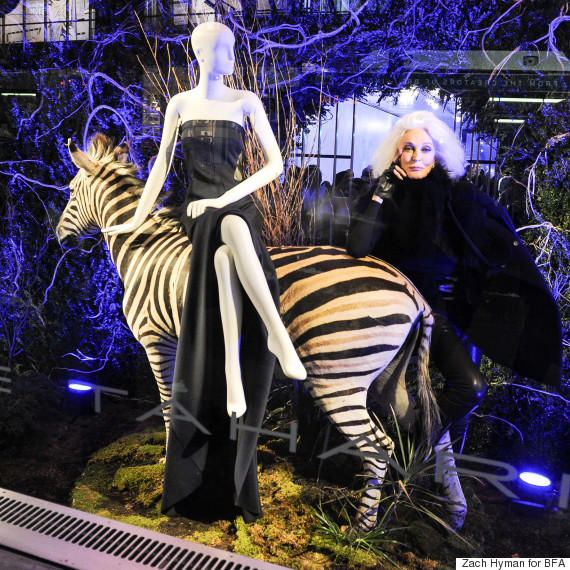 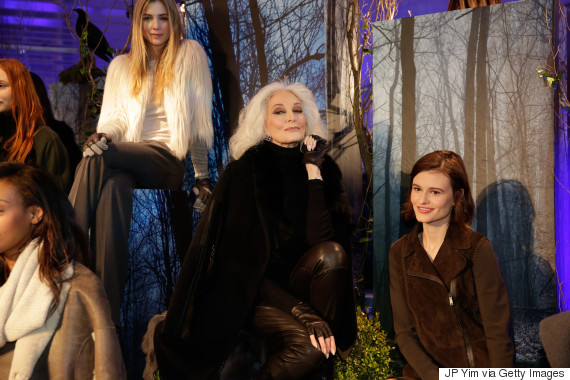 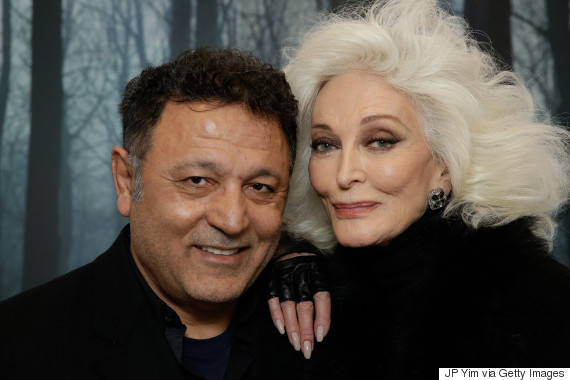