"Elderly and handicap are struggling, the smell is gross," Ann Barlow texted from aboard the ship, according to ABC News. "Our room is leaking sewage."

Barlow's husband Toby told CNN that sewage was running down the walls and floors and passengers were asked to urinate in showers. Air conditioners were off and food lines reportedly took more than three hours.

Adrift in the Gulf of Mexico since Sunday, the Carnival Triumph remains without power since a fire in the engine room damaged the ship's propulsion system, though none of the ship's more than 4,000 passengers were injured in the blaze, Reuters reported. And while the vessel has an emergency generator, conditions have grown dreadful.

“The worst part is the bathrooms,” Donna Gutzman told NBC News. “There’s no water. You can’t really flush so everyone’s going in little plastic baggies and putting it outside their rooms,” she added.

Another Carnival ship brought supplies to the Triumph on Monday, delivering the distraught passengers food and other goods, according to the Associated Press. Brent Nutt, whose wife Bethany is trapped aboard, told the AP that according to his wife, some of the bathrooms were working but the ship was dirty in general. "There's water and feces all over the floor," Nutt described. "It's not the best conditions."

The AP reported on Wednesday that Carnival Cruises disputed the passengers' accounts of disgusting ship conditions.

Fortunately for those trapped aboard, the nightmare may soon be over, as the Carnival Triumph will be towed to Mobile, Ala. and is expected to arrive there on Thursday.

Carnival Cruises also announced Wednesday it will cancel 12 trips aboard the Triumph through April. 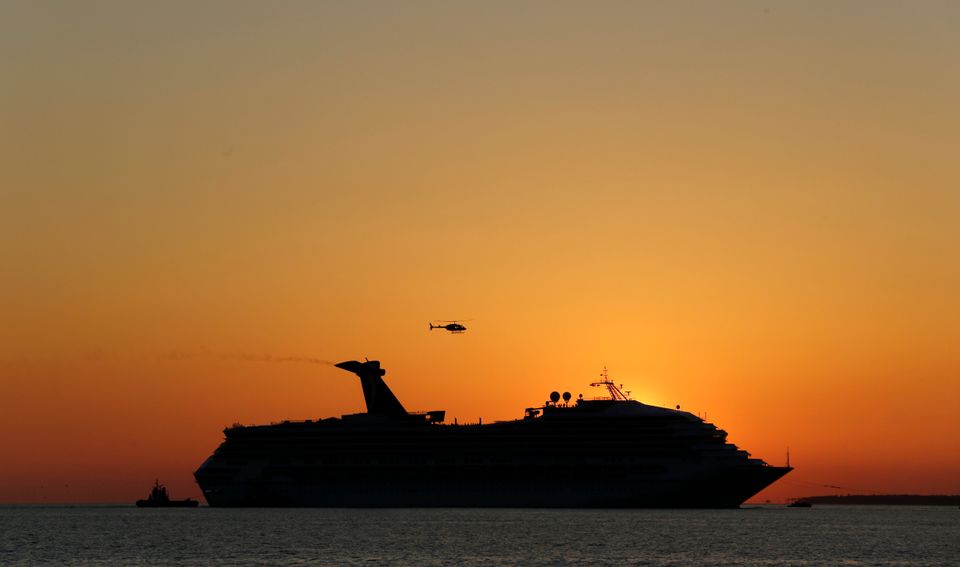