Most countries and cultures have their own way of celebrating the arrival of spring - with Easter egg hunts, dances around maypoles and shouts of "play ball" in baseball spring training camps.

The French Riviera has developed its own way of welcoming spring: over there, people say it with flowers - and plenty of citrus fruit.

The Nice festival fortnight is the biggest bash of the Riviera spring... 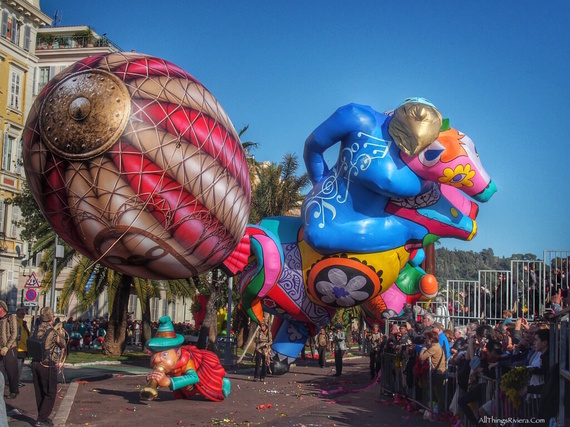 ... and the only one that makes an explicit allusion to the Catholic rites of "Carneval".

It's best not to take that too literally, however: this year's first mid-week parade fell right on Ash Wednesday, which did not visibly dampen the carnival atmosphere. (Or, to say it in the words of the song: Do they know it's Lent? Which, come to think of it, should have been the motto of this year's festival, considering its official theme was "music.")

Over 15 days, seven "corso" parades pass through Nice on either side of the Paillon gardens, featuring floats that make wry humoristic comments on the past year's events, something like a mild and uncontroversial Charlie Hebdo on wheels. 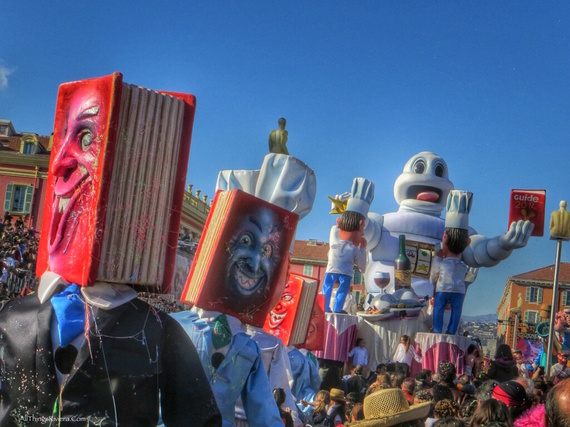 The mid-week Bataille de Fleurs parades up and down the Promenade des Anglais, past the town's most famous hotels and beaches, and are equally popular. 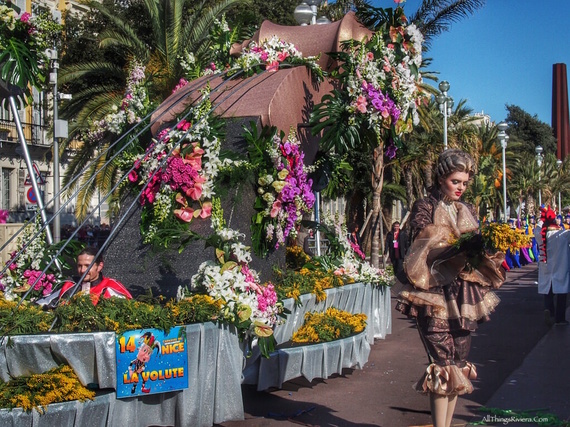 This year's flower parade was also dedicated to the theme of "music"... 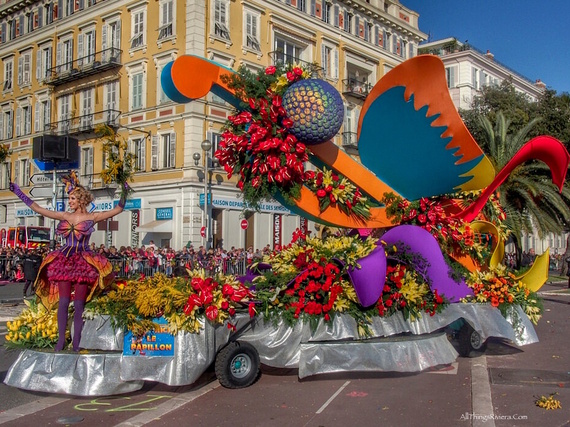 ... and the Nice beach promenade was alive with the sound... 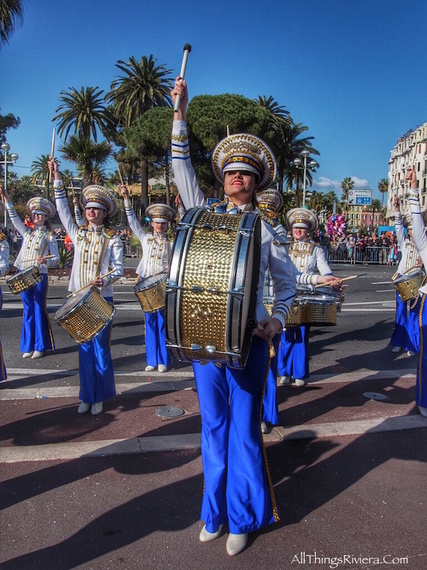 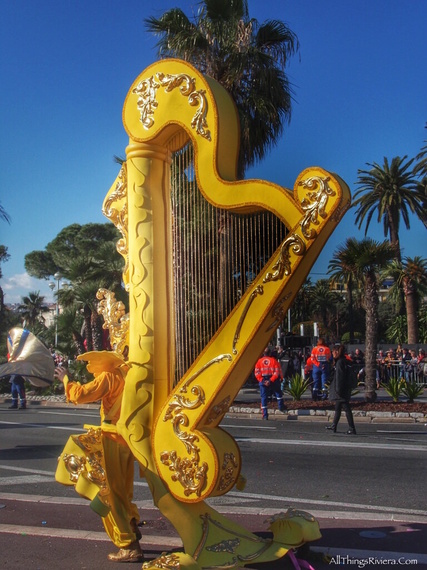 The Lemon Festival celebrates the fruit that made Menton famous a hundred years ago when citrus fruits were very much in demand to keep sailors from losing their teeth on long naval expeditions. Since then, the town has moved on to become a genteel beach resort, full of retired dentists and provincial accountants, but the Mentonnais are still grateful for the lemon's contribution to their town's history and pay it an annual sentimental tribute in the form of a two-week festival at harvest time.

The festival consists of two parts: of the large exhibit of "statues" in the city centre... 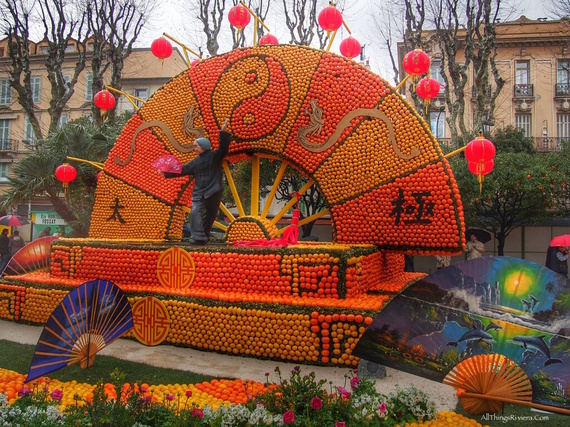 ... and of a series of six parades over two weeks. The theme of this year's festival is "China"... 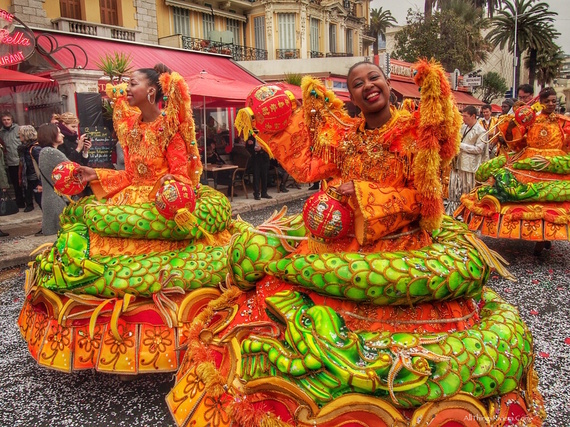 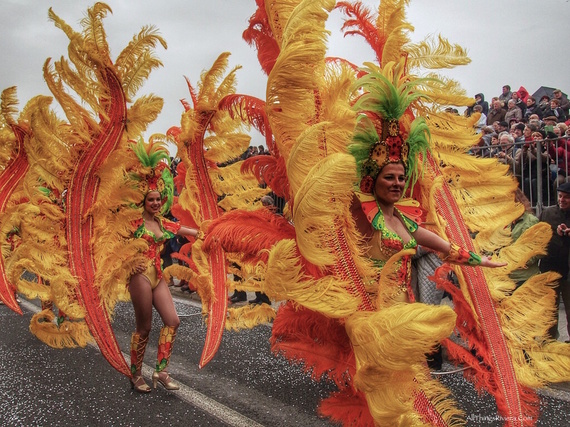 ... which is to say that themes, flowers and citrus fruit are little more than a pretext for general merriment. Which is probably the way it should be. 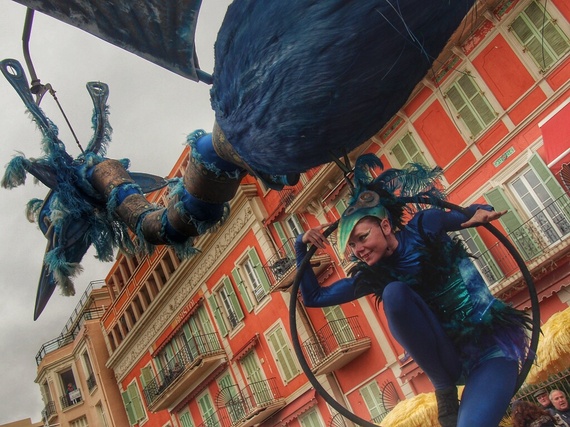 The Lemon Festival, once undoubtedly a sweet and provincial affair, these days is virtually as slick and professionally organized as the Nice Carnival but still has a strong local element. Many of the floats and bands come from nearby Italy, and the joy and natural showmanship of the Italian contributors greatly benefit the show. 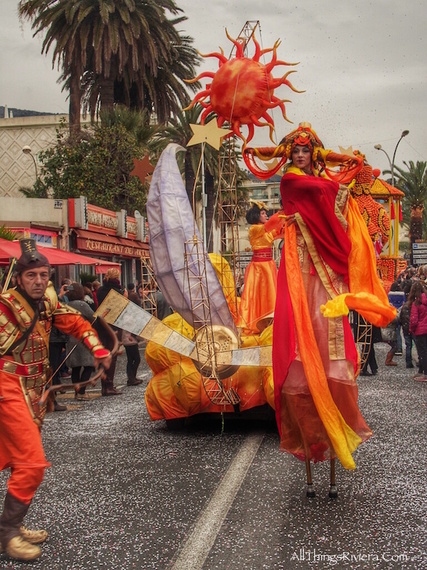 Flowers inevitably play a big role in a spring festival, but even on the French Riviera, they are thin on the ground this time of year, so the early-blooming Mimosa plays a very special role in these celebrations. 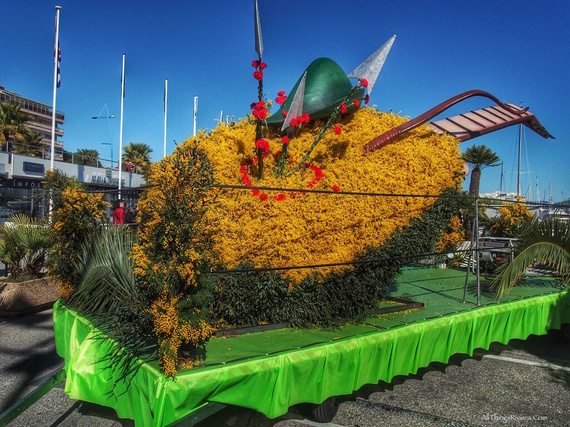 Several festivals have been explicitly dedicated to this fragrant flower, not least because the Mimosa harvest used to be economically important for the region's perfume industry. The biggest of these celebrations is the Mimosa Festival at Mandelieu, 10 km west of Cannes. 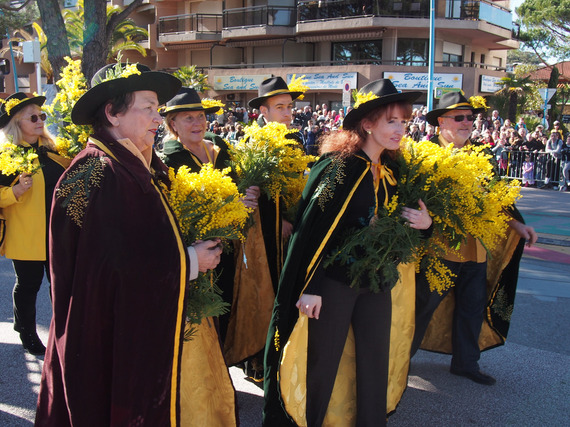 The festivities at Mandelieu are the third largest in the cycle of Riviera spring festivals, but on a different scale from those at Nice or Menton. They still have the sweetness of a local event, and you can look at almost any element of the parade and imagine that local people have dedicated countless week-ends to making costumes, rehearsing musical numbers, embellishing the floats etc. 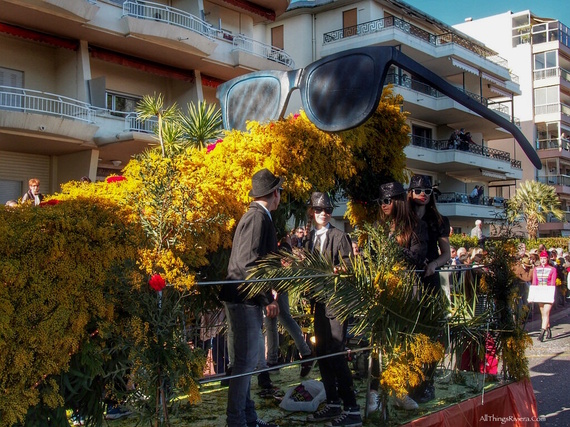 The Riviera spring festivals all take place at around the same time, in the second half of February, so you could in theory visit them all. But be forewarned: these festivals are subject to the law of diminishing returns, and the first one you see will probably be the one you enjoy the most.

BE AWARE: For these events, they all charge entrance fees. For their parades, tickets are at €10 standing room, €25 seated, available to purchase online and on the day. If you still want to catch any of the 2015 parades, you better hurry: Sunday 1 March will be your last chance.

Read more about the French Riviera in All Things Riviera and Easy Hiker.