Carol Rama's first exhibition was abruptly shut down by the police for public indecency. One work, "Dorina," was a watercolor in the raw, depicting a nude woman, legs splayed open and tongue out, with a serpent crawling out of her vulva. Others portrayed defecation and bestiality, rendered in an untrained, almost childish hand.

Such an act of censorship could maybe, potentially, still occur today. But Rama was creating her pornographic proto-feminist artworks in the 1940s, in fascist Italy during World War II. 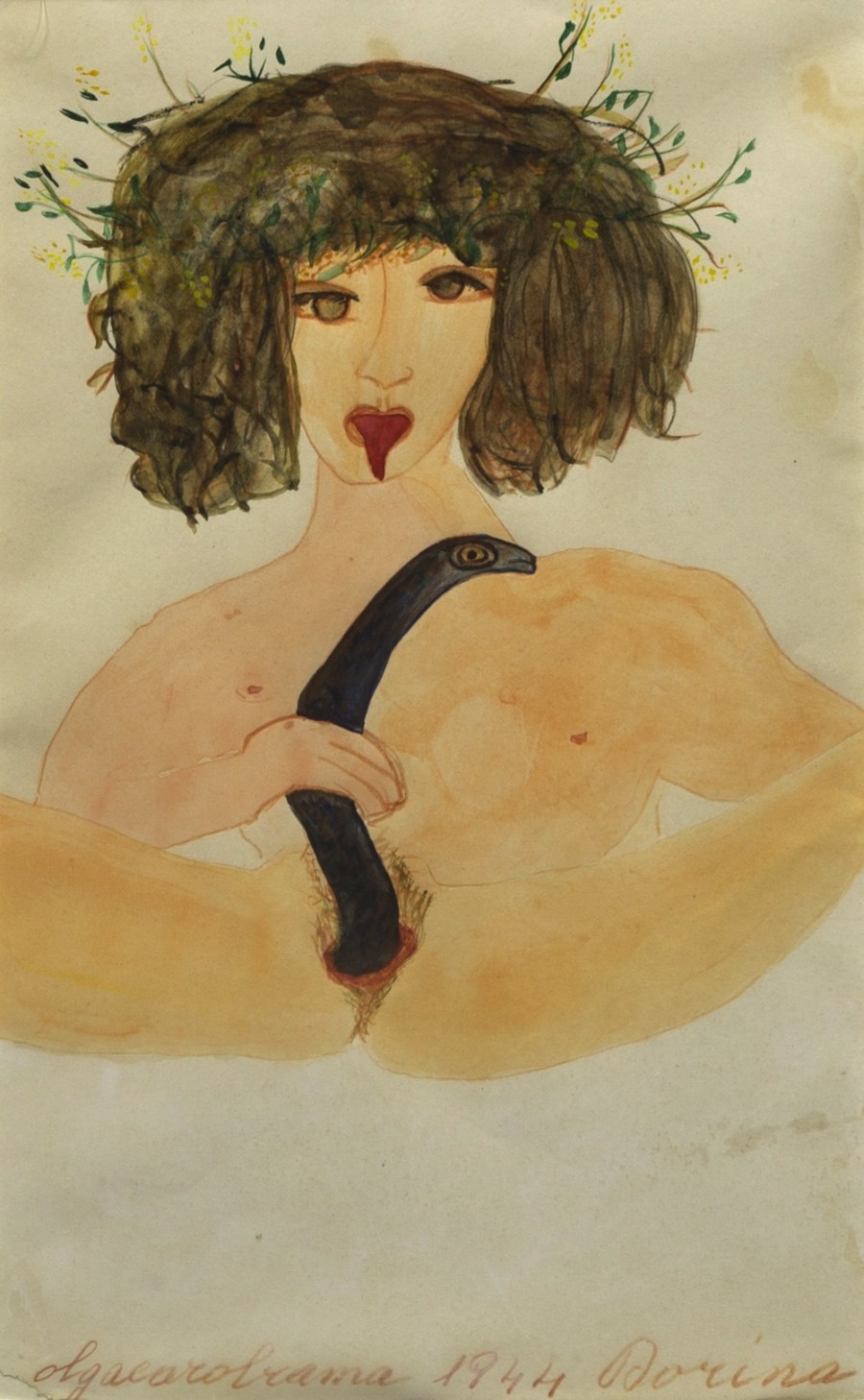 Today Rama is 96 years old and lives in the same apartment in Turin, Italy that she's lived for over 70 years. Although she's sometimes dubbed the "Louise Bourgeois of Italy," Rama remains widely under-acknowledged outside of her home country. Rama's work, and the kind of hegemonic history that overlooks it, are the subject of "The Passion According to Carol Rama," an upcoming exhibition at the Museu d'Art Contemporani de Barcelona.

"Nobody in the world has ever been more pissed off than me," Rama said in an interview in 1997. Her mother suffered from mental illness and was incarcerated in a hospital. Rama's father, the owner of a bike tire factory, went bankrupt and committed suicide. Her artwork -- confessional, brutal and vulnerable -- was a potential path to healing. "I didn’t have any painters as masters, the sense of sin is my master," she said. 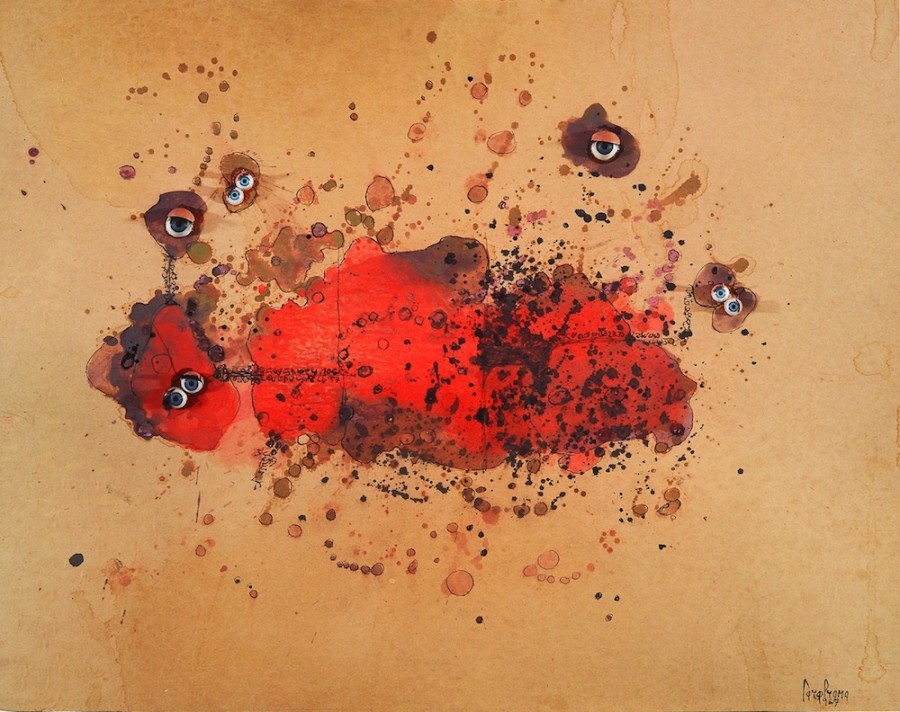 Rama's work took a more abstract turn in the 1950s, incorporating materials as fetishized and loaded as her handmade marks. Doll eyes, animal claws, syringes and bike tires -- a tribute to her father -- were tangled up into her visceral multimedia works. Her artwork explored the powers of the imagination within the confines of the flesh, a surrealism that cannot escape the senses and doesn't want to.

"Work for me has always been a thing that allowed me to feel less unhappy, less poor, less ugly, yes, yes, yes, and less ignorant, also," Rama said in 1996. In the meantime, she's inspired artists from Cindy Sherman to Kiki Smith with her embodied artworks and the mutated identities they depict. In the words of gallerist Michele Maccarone, it's "the punkest shit in town."

"The Passion According to Carol Rama" runs from October 31 until February 22, 2015 at MACBA in Spain. Get a taste below.