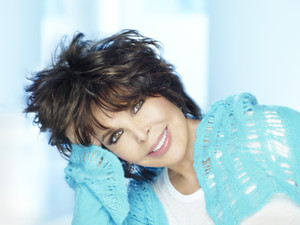 William Shakespeare once wrote "if music be the food of love, play on." Few contemporary songwriters have generated such a feast of delicacies as Carol Bayer Sager. She has whipped up unrequited love songs, sweeping ballads and generational anthems into a culinary cultural smorgasbord.

Sager's five-decade songwriting career is among the most impressive in all of the music business. But after writing hit after hit, Sager's most recent offering is not a song at all. She has penned her memoir appropriately titled, They're Playing Our Song, an homage of sorts to her 1978 hit Broadway show title.

The book is filled with intimate details about the inspirations behind many of her songs. It also includes funny and candid anecdotal stories about dating, plastic surgery and a steamy romantic liaison she had in the early 1990's with real estate mogul Richard Cohen.

She says writing her story was difficult. The book took two years to complete. Now, at 69, she says she was finally ready to revisit her past. From the outside she says her life may have always appeared to be fantastic, but she wanted to share her struggles with people who may be wrestling with some of the same issues she faced.

"Sometimes people compare their insides to somebody's outsides. That never works," Sager says. "You only know what you see on the outside. You don't have a clue what someone is carrying on the inside."

As Sager was writing her book, she says she was stunned at what a "big life" she's living. True, she has not had a small career. Sager has written over 400 songs. Many of those songs are still in heavy radio rotation. She is also one of those rare artists who managed to write songs for movies, television, Broadway, and radio.

Many of her hit songs became the soundtrack to our lives. Some songs speak of claiming independence like Diana Ross' "It's My Turn." Others are about the pleasures of love, Christopher Cross' "Arthur's Theme (The Best That You Can Do)" and Leo Sayer's "When I Need You." 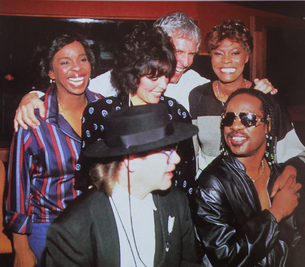 In 1986, Sager revisited one of her songs earlier recorded by Rod Stewart, "That's What Friends Are For," and turned the song into an anthem for AIDS awareness. Inspired by her close friend Elizabeth Taylor, Sager was one of the first celebrities to shed light on AIDS. The song's profits were all donated to AMFAR.

Sager says the joy she receives from songwriting is less about the financial rewards, but more about hearing from others how her songs have touched their lives.

All these years later, being socially conscious is still part of Sager's songwriting. This past summer she wrote "Stronger Together" for Hillary Clinton, which was played during the Democratic convention. "I so want her to win this election," Sager says.

Winning is something Sager knows a lot about. When she began her songwriting career, only a few other women were writing pop songs. She is credited for being one of the songwriting pioneers who paved a way for women writing pop music.

Carol Bayer grew up in midtown Manhattan. She says she was a daddy's girl, but there were issues being close to her mother. Young Carol spent her childhood summers in upstate New York at camp. It was at camp where she began writing songs. The other kids would sing her songs around the campfire at night. As her childhood made way to teenage years, Carol added an "e" to her first name because she thought "it looked prettier."

At 19 years old, she had her first hit song, "Groovy Kind of Love." A British group called The Mindbenders took the song to number one on the Cashbox chart. Over two decades later, Phil Collins would again take the song to the top of the charts in both the U.S. and the U.K.

While Sager became one of the hottest songwriters in the music business, she says she was also paralyzed by fear in her personal life. She feared nearly everything; flying, nuclear bombs, incurable diseases, but most of all being alone.

Fearing life on her own, in 1970 she married business man Andrew Sager. Shortly after the wedding, she knew she had made a mistake, but it took eight years for her to have the courage to end their marriage.

In 1982, Sager married fellow songwriter Burt Bacharach. Almost immediately the couple became Hollywood music royalty. They wrote dozens of songs as a team, and they had a son named Christopher.

After nine years, their marriage ended in divorce. Sager reveals in her memoir Bacharach was verbally abusive but she did not want to leave the relationship. She writes: "The years with Burt were sort of like being in an abusive relationship without any physical signs of abuse." Today, Sager has worked through much of her pain and characterizes the relationship as "the great fake love" of her life.

"I say fake only because I think I made it up," Sager says. "I believe much of what I write is not Burt's fault. The moment I kind of fell in love, I think I sort of invented Burt the way I wanted Burt to be. I don't think he should have to pay the price for that because he was never that person. I was so needy of wanting to keep the relationship at all costs." 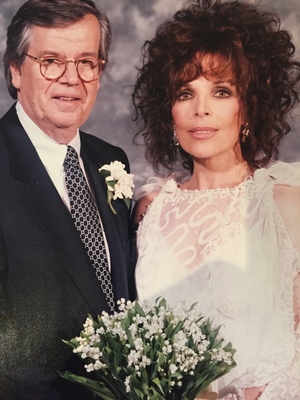 Sager looks at her life differently today. In 1996, she married former Warner Bros. Chairman Bob Daly. Sager says Daly has given her the gift of really being loved, which has allowed her for the first time to feel safe.

Finally, happily married, she found the inspiration to write her 1999 Academy Award-nominated song "The Prayer" with its lyrics: "Lead us to a place; Guide us with your grace; To a place where we'll be safe."

Through therapy and finding true love, she's also learned to love herself. If she could go back in time she'd tell her younger self to live more bravely and forget about fear. It was that fear, however, that allowed her to write in her songs what she couldn't say out loud. And it's in her songwriting and now in her memoir where she conquered her fears and finally found herself.

"It's just all good," Sager says. "I just pray I get to enjoy this as long as God has in mind for me."

For more on Carole Bayer Sager and to purchase "They're Playing Our Song," visit www.carolebayersager.com

Betty White
AP
Doesn't it seem like Betty White has been around since David torpedoed Goliath with a slingshot? Our favorite golden girl is only 94 though. Even though Miss Betty White began her career in the 1940s on radio, and later appeared on late night talk shows and game shows (including "Password") in the 50s and 60s, she wasn't really a household name until, at the age of 51, she began playing "The Happy Homemaker" Sue Ann Nivens on "The Mary Tyler Moore Show" (1973-1977).
Morgan Freeman
Getty
Who doesn't love Morgan Freeman? This Academy Award winner paid his dues and then some. Freeman worked for several years as an actor, but really came into his own playing chauffeur Hoke Colburn in "Driving Miss Daily" at the age of 52 (although he was 50 when he was nominated for Best Supporting Actor in the film "Street Smart").
Sharon Osbourne
Getty
Heavy metal vocalist Ozzy Osbourne has been famous for over 40 years as lead singer of the English band Black Sabbath. His wife, Sharon, however, did not become a household name until their family reality show "The Osbournes" premiered on MTV in 2002. Just barely 50, Sharon became a media darling, which opened up many doors. She went on to become a judge on "America's Got Talent" and has been co-host of the CBS daytime show "The Talk" since it debuted in October 2010.
Regis Philbin
Getty
Regis Philbin was comedian Joey Bishop's sidekick on the ABC television show "The Joey Bishop Show" from 1967 to 1969 and hosted his own local talk show -- "A.M. Los Angeles" -- from 1975 to 1983. But his name wasn't exactly on the tip of our collective tongues until he became a daytime staple with Kathie Lee Gifford in 1988 on "Live with Regis and Kathie Lee" when he was 57. His vibrant, caustic, yet fun-loving personality pushed him over the top sometime after the show began to gain in popularity with daytime viewers.
Abe Vigoda
Getty
Born in 1921, Abe Vigoda captured the role of Salvatore Tessio in the film "The Godfather" in 1972 at the age of 51. His next big role came in 1975 when he signed on to play Sgt. Phil Fish on the television series "Barney Miller." And that's when Vigoda -- who passed away in 2016 -- really became a household name.
Tom Bergeron
Getty
Sure, Tom Bergeron became the host of "Hollywood Squares" in 1998 and of "America's Funniest Home Videos" in 2001, but he didn't really become widely known until joining the wildly popular "Dancing With the Stars." The amiable host was 50 when the show premiered in 2005. After more than 20 seasons as host, it appears he's a keeper.
Mike Wallace
Getty
Maybe Mike Wallace was well-known in some hard-core news circles, and perhaps he was on a first-name basis with a few news junkies many moons ago, but it wasn't until he laid his groundwork as a superb gotcha reporter on "60 Minutes" which he did from 1968 (after he turned 50) until 2008 -- that his star really began to shine. This well-respected news journalist sadly passed away on April 7, 2012 at the age of 93.
Samuel L. Jackson
Gabe Ginsberg via Getty Images
Born in 1948, Samuel L. Jackson appeared in more than 100 films before the age of 40. However, it was only after he landed the role of a hitman in "Pulp Fiction" in 1994 that his star really began to shine. For this performance, Jackson received a Best Supporting Actor nomination.
Andy Rooney
Getty
Andy Rooney is another personality that seems to have been around since the beginning of time, and we're all glad to have been the recipients of his off-the-wall satirical takes on human nature. In 1978, at the age of 59, Rooney began his "A Few Minutes with Andy Rooney" segment on the CBS news show "60 Minutes," continuing through 2011. He made us laugh, he made us cry, he made us think. It doesn't get better than that. Rooney died on November 4, 2011 at the age of 92 only a few weeks after his last appearance on the show.
Joy Behar
Getty
Joy Behar was 54 when she was cast as one of the original members of "The View," which made its debut in August 1997. A few years before that, you could catch Behar doing hilarious stand-up comedy on television. But she only became a household name sometime after "The View" became a must-see, daytime television talk show.