We first met Caroline Leavitt at the Miami Book Festival. If you ever have the chance to go to the Miami Book Festival, do yourself a favor and don't pass up the opportunity. Not only is it one of the great international book festivals in the world, it's also the kind of place you run into people like Caroline Leavitt. Not only is she an incredibly accomplished novelist, she's also a crackerjack human being. Lots of writers tend to be shy at best -- standoffish, churlish and surly at worst. Caroline is the exact opposite. She welcomes you with open arms. If you don't believe me, just go to her Facebook page. It's a continuous font of information, fun and love. And she's also that rare bird who's managed to somehow write literary novels that sell. So we decided to take a little peek into her world and see what makes Caroline Leavitt tick. 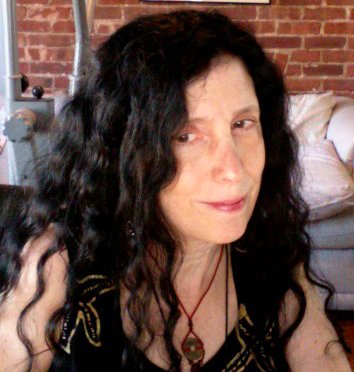 THE BOOK DOCTORS: How did you get into the book business to begin with?

CAROLINE LEAVITT: I was an outcast in suburbia with three big strikes against me: I was the only Jewish kid in a Christian neighborhood (my mother had to march up to the school to complain about a second grade test that asked questions about Jesus), I was sickly with asthma, and I was smart (only 10 percent of my high school went on to college. The rest joined the navy or got pregnant). I learned to live in books and I discovered I could keep myself from being beaten up by making up stories! The first time I told a story in front of the 5th grade and they didn't throw spitballs at me or threaten me, I thought, how cool is this? This is what I want to do! But of course I heard no, no, no. When I got to Brandeis, I studied with this famous writer who told me I'd never make it. He used to slam my work in class while tears streaked my face, but I refused to leave the class. The day I published my first novel, I sent it, along with a rave NYT review to the professor, saying, "Hey, you were wrong." He wrote back and said, "Oh, I just wanted to make you angry enough to keep pushing on." I laughed and didn't write back. I kept writing and writing and every week, those stupid self addressed stamped envelopes would bounce back with rejections. One day they came back and I ripped them both up into pieces. I happened to look down and there was one tiny, shining word: CONGRATULATIONS. I had sold a story and that story got me an agent, which got me my first novel.

CL: The fact that I can live other lives. The fact that I don't have to dress coherently to do it. The fact that it keeps me sane. I write about what haunts me and I write the books I myself am dying to read. I love it. I can't think of anything I'd rather do.

TBD: How do you turn off the voice in your head that says you suck?

CL: What makes you think I can? I can't turn that voice off. It is always in my head. It always goads me to get online and compare myself to other writers. It pushes me into all sorts of magic thinking like tarot card spells and prayers to the universe: please don't let me suck. My big revelation was one day when I got the best review I ever received in my life from the Cleveland Plain Dealer -- they thought I was a genius! And then five minutes later, I got the worst review I ever received from the Phil. Inquirer who loathed everything the CPD had loved. I had a moment when I realized, not everyone is going to love me. I try to tell myself to go deeper, to just write and write and write about what matters to me, to not think about readers and critics or anything but the story. And I eat a lot of chocolate.

TBD: Do you ever get writer's block, and if so would you do about it?

CL: I never get it. I'm always working and there's never enough time!

TBD: Do you ever make decisions in your book based on what you think is going to make the book more commercially successful?

CL: Never. Not ever. You can't second guess what is going to be commercially successful. You have to write the book you want to write. And wait, actually. My third novel, for a publisher that went out of business, I was pushed into writing a book that was "more commercially." It got only two reviews, both of them so terrible I could barely leave my apartment for months, and the book died soon after. After that I vowed to never ever write anything I didn't feel.

TBD: Do you outline your stories or do you make it up as you go?

CL: I'm big on story structure. I studied with John Truby, who mapped out story by means of moral wants and needs, and that's what I do. Hey, so does John Irving.

TBD: Do you finish the whole draft before you go back and edit, or do you edit as you go?

CL: I do both. I edit as I go, and I must do about ten thousand drafts. Well, more like 23. And I'm serious about that.

I love rewriting because that is where and how you discover the story. It's like you have this skeleton and you get to put flesh on it and hair and clothes and really wonderful jewelry.

TBD: You have such a fun Facebook life, what is your guiding principle in social media?

CL: Being honest. You can tell when people are trying to do what they think they should do. I'm intensely curious about everyone's lives and I want to get to know a lot of people. I also don't hesitate to say how I feel or what's going on. I am who I am. (Popeye 101) I spend so much time every day alone and writing, that social media is my water cooler. I crave contact.

TBD: Were you working on right now?

CL: My novel Is This Tomorrow, about a 1950s suburb, paranoia and a vanished child, is coming out in May, so I'm doing all this prepublicity type stuff, and I sold my next novel, Cruel Beautiful World (thanks to my 16-year-old for the title!), to Algonquin on the basis of a first chapter and an outline. So I'm writing that now, deeply immersed in that moment in when the '60s turned into the '70s and things got ugly.

TBD: Where you see the future of books going?

CL: I think it's going to boom. People love stories. They need stories. More people are reading on ereaders. I know a few NYT bestsellers who self-published their next book to have more control. Maybe I'm stupidly optimistic but I can't imagine a world without books.

TBD: I hate to do this to you, but you have any advice for writers?

CL: Yep. Never ever give up. Don't listen to all the no's but keep writing. Keep writing. My career was over, so I thought, when my ninth novel, Pictures of You, was rejected by my then publisher as not being "special enough." I had no sales. No one knew who I was. I called all my friends in tears and one suggested her editor at Algonquin. So I wrote up a paragraph about the book and sent it to her. She liked it and a few weeks later, she bought it and all of Algonquin was doing the unthinkable--the thing that had never happened to me--treating me with respect. They took that unspecial book and turned it into a NYT bestseller and a USA Today ebook bestseller and it got on the Best Books of 2011 lists from the San Francisco Chronicle, the Providence Journal, Bookmarks Magazine and Kirkus Review. I feel like I'm the poster girl for second chances.

Caroline Leavitt is the author of many novels, several of which have been optioned for film, translated into different languages, and condensed in magazines. Her ninth novel, Pictures of You, was a New York Times bestseller, and was also on the Best Books of 2011 lists from the San Francisco Chronicle, the Providence Journal, Bookmarks Magazine and Kirkus Reviews. Her new novel, Is This Tomorrow, will be published May 2013 by Algonquin Books. Cruel Beautiful World will be published sometimes in 2015 by Algonquin. Her essays, stories, book reviews and articles have appeared in Modern Love in the New York Times, Salon, Psychology Today, the New York Times Sunday Book Review, People, Real Simple, New York Magazine, the San Francisco Chronicle, Parenting, the Chicago Tribune, Parents, Redbook, the Washington Post, the Boston Globe and numerous anthologies. She won First Prize in Redbook Magazine's Young Writers Contest, was a 1990 New York Foundation of the Arts Award, a National Magazine Award nominee for personal essay, and is a recent first-round finalist in the Sundance Screenwriting Lab competition for her script of Is This Tomorrow. She teaches novel-writing online at both Stanford University and UCLA, as well as working with writers privately. She lives in Hoboken, New Jersey, New York City's unofficial sixth borough, with her husband, the writer Jeff Tamarkin, and their teenage son Max.

The Book Doctors have helped dozens and dozens of amateur writers become professionally published authors. Their book is The Essential Guide to Getting Your Book Published. Anyone who reads this article and buys the print version of this book gets a FREE 20 MINUTE CONSULTATION with proof of purchase (email: david@thebookdoctors.com). Arielle Eckstut is an agent-at-large at the Levine Greenberg Literary Agency, one of New York City's most respected and successful agencies. Arielle is not only the author of seven books, but she also co-founded the iconic company, LittleMissMatched, and grew it from a tiny operation into a leading national brand that now has stores from Disneyland to Disney World to 5th Avenue in NYC. David Henry Sterry is the author of 14 books, a performer, muckraker, educator, and activist. His first memoir, Chicken, was an international bestseller, and has been translated into 10 languages. His anthology, Hos, Hookers, Call Girls and Rent Boys was featured on the front cover of the Sunday New York Times Book Review. He has appeared on, acted with, written for, worked and/or presented at: Will Smith, Edinburgh Fringe Festival, Stanford University, National Public Radio, Penthouse, Michael Caine, the London Times, Playboy and Zippy the Chimp. His new illustrated novel is Mort Morte, a coming-of-age black comedy that's kind of like Diary of a Wimpy Kid, as told by Travis Bickle from Taxi Driver. He loves any sport with balls, and his girls. www.davidhenrysterry