Caroline Wozniacki is enjoying a terrific U.S. Open. On Monday, the 20-year-old sensation ousted Maria Sharapova to advance to the quarterfinals. Her dress, which barely covered any of her legs, was noticeable to many viewers. After the match, Wozniacki was asked about the outfit during a press conference.

"I think it's nice," she said, adding that she will "get a lot of male fans now" due to the revealing dress. Previously, she shared her thoughts on "very pretty" Anna Kournikova.

The Danish tennis player is not the only woman to draw attention due to her U.S. Open attire. Venus Williams' skimpy dress was a hot topic over Labor Day weekend.

Scroll down for photos of Wozniacki's dress. What do you think of it? 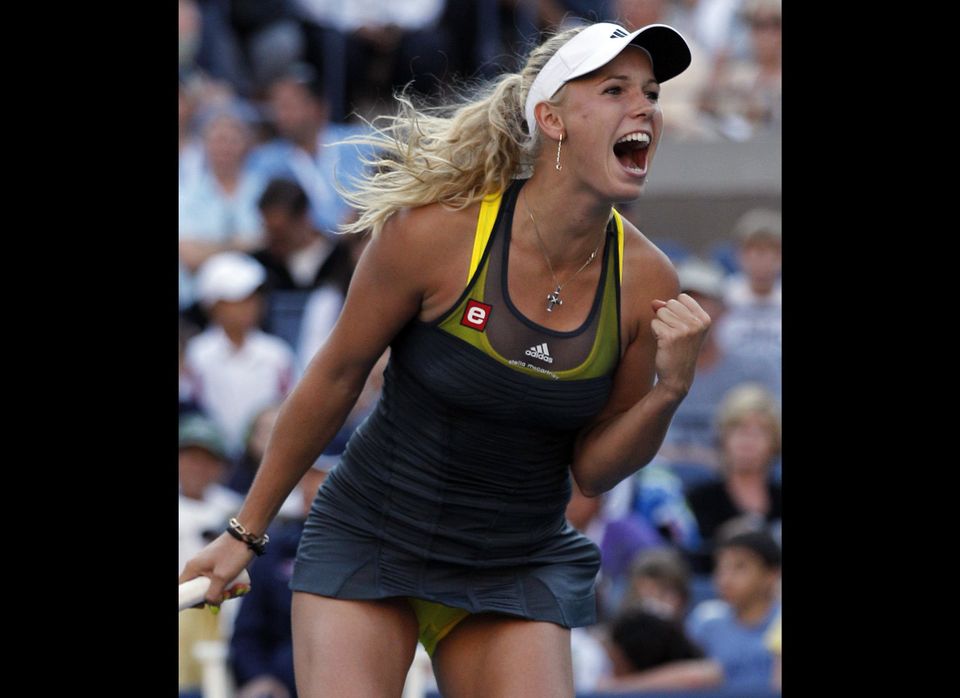