Caroline Wozniacki's run at the U.S. Open has come to an end. The No. 2-ranked women's tennis player in the world lost in the semifinals to Vera Zvonareva, who has now reached her second consecutive Grand Slam final.

"You know, I had chances, and I made some mistakes today that I usually don't do," Wozniacki said after the match. While she may have made more errors than her previous match, one thing remained the same: the 20-year-old wore the same skimpy dress that drew attention in the quarterfinals.

Click here for more from the U.S. Open, and scroll down for photos of the dress. Looking good, or too short? 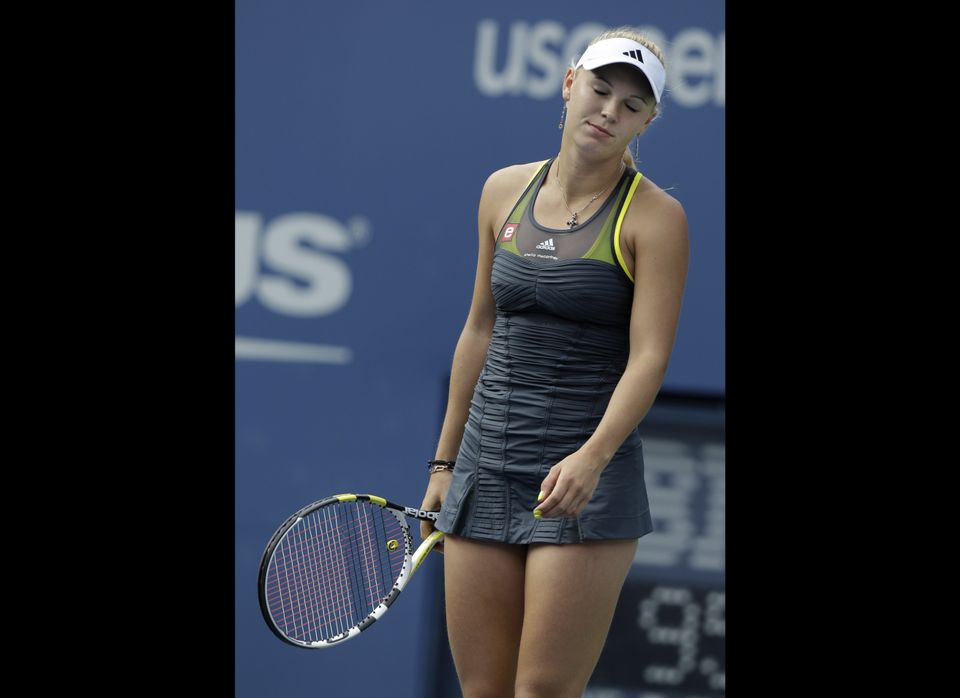