Calling all "You've Got Mail" obsessives: Nora Ephron's work will return to the big screen once more.

"Lost in Austen" centers on a Brooklyn woman who is transported back in time to the world of Jane Austen's "Pride and Prejudice." Imagine the Keri Russell movie "Austenland," but with actual time travel tossed in.

Ephron, who also wrote and/or directed "When Harry Met Sally," "Sleepless in Seattle" and "Julie & Julia," was working on the "Austen" script at the time of her death. "American Beauty" and "Skyfall" director Sam Mendes has been attached as a producer since the movie first became a Hollywood item.

It's been far too long since we've had fresh Ephron wisdom to guide our lives, so this is a welcome return for the First Lady of Love. 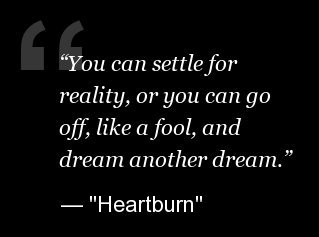