We’re not saying that Lamborghini, McLaren and Ferrari owners are men trying to compensate for something, but according to research conducted by Edmunds.com for MarketWatch, more than 90 percent of these sports car makers’ customers have both an X and Y chromosome.

Meanwhile, the same research concluded that Mini and Kia have the industry’s highest percentage of female customers. And yet men still register 51 percent of vehicles by both brands, compared to their female counterparts.

In a country where women account for 51.6 percent of the population, according to 2010 U.S. Census data, females represent just a little more than a third of all vehicle registrants, finds Edmunds.com. 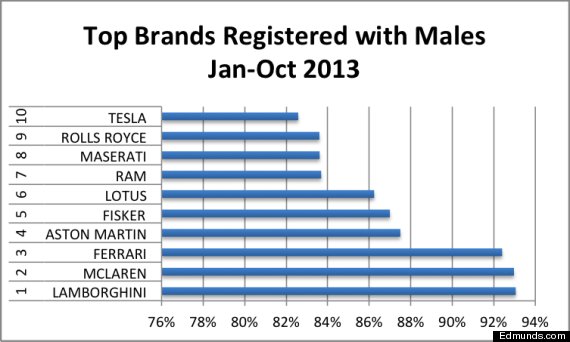 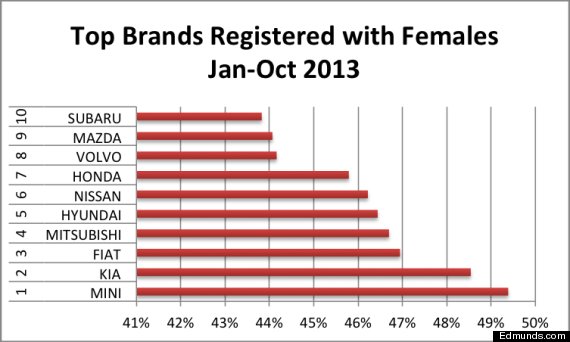 “The data here doesn’t really give the best indication of drivers,” admitted Edmunds.com analyst Jeremy Acevedo in an email to The Huffington Post. “A disproportionate number of vehicles are registered to male heads of households.”

Acevedo added that a desire to own a second or third personal car isn’t the only reason why men represent 62.7 percent of car registrants: “I imagine that there are cases where a man might register the car his wife drives, or the car his teenage daughter or son drives.”

To learn more about the difference gender makes on vehicle ownership read MarketWatch’s full breakdown of the Edmunds.com survey, and be sure to sound off in the comments why you think men and women purchase a specific brand or vehicle.