Celebrated film composer Carter Burwell isn't necessarily a trained musician. "Unless you count piano lessons," he said. But that's hardly hindered his success. Burwell is perhaps best known for his decades-long collaboration with the Coen brothers, whose films "Miller's Crossing," "Fargo" and "True Grit," among others, are enlivened by his musical prowess. Last month, the Middleburg Film Festival paid homage to the composer with a live performance of his works by the Loudoun Symphony Orchestra. In a conversation with critic Ann Hornaday, Burwell shared his thoughts on music and the movies.

Music plays a recognizable role in film, working to underscore rather than overpower the actors' performances. Burwell's mastered this nuance. "I only notice the music in the film if there's something really wrong or something really right," he explained. "Taking into account a couple of films that I've worked on, for example, 'No Country for Old Men,' we found that the presence of anything that sounded like music at all repressed the feeling of anxiety and made things feel a little less tense. And of course, the film's whole value is this dry tension. So the music that's in that movie is snuck in underneath wind or underneath car sounds so you hopefully never notice the score."

"The last scene of ["Carol"] has no dialogue, nothing else, and the music is very loud and very upfront," said Burwell. "Todd Haynes is a melodramatist and he likes the music to be like that, almost more up front than I would choose, but I knew that's what he wanted. It should be whatever is going to make the most dramatic experience for the audience."

"Carol" explores a life-altering relationship between a headstrong, wealthy housewife (Blanchett) and a quietly courageous store clerk (Mara), in a time when such love affairs were to be kept silent.

"Really what the score is there to do is to speak," Burwell said. "The culture they are in hasn't given them the language with which to describe their feelings. [...] We are watching the carefully paced development of love and at first comes desire, which is not easy to put into words ever but the music is behind a lot of that pacing, that development of the relationship."

As film scores are used to manipulate emotions as often as to inform the audience, Burwell approaches his vocation as dynamic, transitional. "You can see over the history of the movies that what's acceptable has changed. In movies from the '40s, they're telling you who everyone is and what they're like. It's on top of, if not a little ahead of the action. What I prefer is very much the opposite, to leave the audience a little more uncertain about what's going on," he said. "But there is also an element of attempting to find something in the film that's not already there on the screen and speak to that, bring that out. Sometimes that means bringing something that's completely different on the screen. And you can call that irony, but I think it doesn't always serve an ironic purpose, I think that sometimes it can just be another layer. Sometimes music isn't playing what's there, but it's still informing it in some other way."

Skilled emotional manipulators in their own right, the notoriously unconventional Coen brothers, Joel and Ethan, have tapped Burwell again and again over the past 30 years.

"We talk before they shoot about what the problem the movie presents," Burwell said. "So for 'True Grit,' it was that it was a Western, but we didn't want to necessarily do a Western score. I read the book, I read their script and I noticed one of the things that isn't in the script is that the book is written from the point of view of this girl, and she's constantly reading scripture. I thought that the churchiness wasn't in the script, so I thought we'd use hymns in the score of the movie. But sometimes I don't know until we have the picture."

Despite hours spent dissecting their scripts, Burwell remains frequently perplexed by the filmmakers. "They are very taciturn though, I do miss the face-to-face because on the phone they are people of very few words. They hate to ever talk about what their movies are about, so sometimes it can be difficult to claw out of them, they refuse to discuss the meaning. So it's a challenge."

Starring George Clooney, Scarlett Johansson and Channing Tatum,"Hail, Caesar!" marks Burwell's latest effort with the Coen brothers. "We had to try so many things because it's a film with many films within it," Burwell explained. "There are five or six films within the film, and they're all different styles: there's a Western, there's a Roman swords-and-sandals movie, an Esther Williams water ballet, and the question becomes how they come together to make one movie. It's something we're still figuring out."

In order to get a piece of music out of his head, Burwell says all he has to do is record it. He's amassed a collection of over 1,500 works yet to be used in film.

"I'm always looking for something new to listen to. I don't have a lot of listening time because I'm often writing, so I don't listen to as much as I used to," he said. "I'm not worried about unconscious influences because influences are good and important, but I actually have a very poor memory for music," Burwell said. "That's why I improvise, I write something and record it and that way I can remember it. If I'm worried about something, I ask my wife and she can tell me if I stole it. She has a good ear for music. But I would never know!" 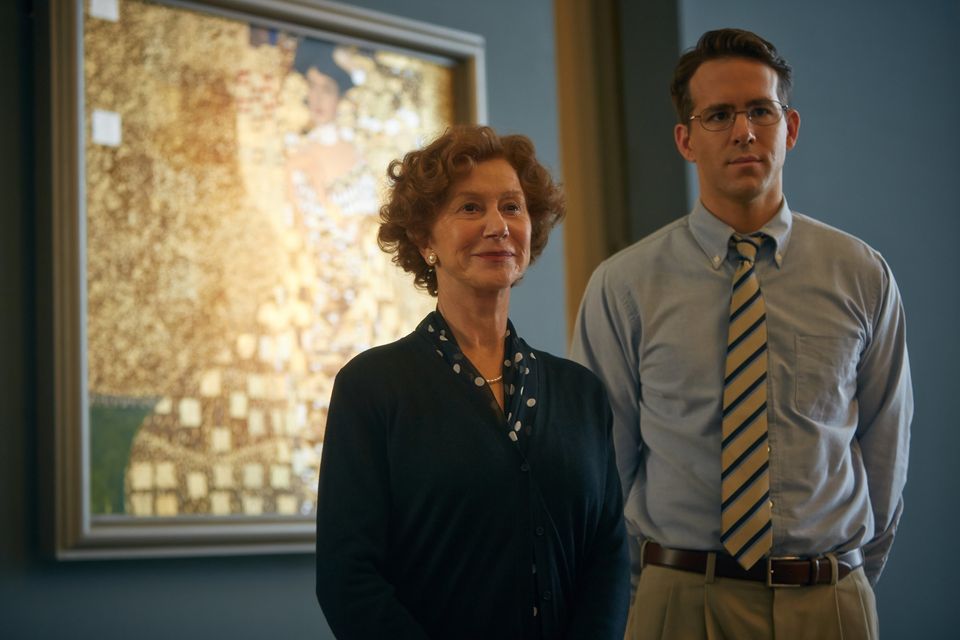