Ever wonder what Android users, iPhone fans and BlackBerry addicts really think of one another?

C-Section Comics has created a cartoon depicting the three major smartphone camps and how they perceive each other. According to the artist, each group thinks rather highly of itself while looking down at the other groups.

Check out the cartoon (below), or visit C-Section Comics to see the original. 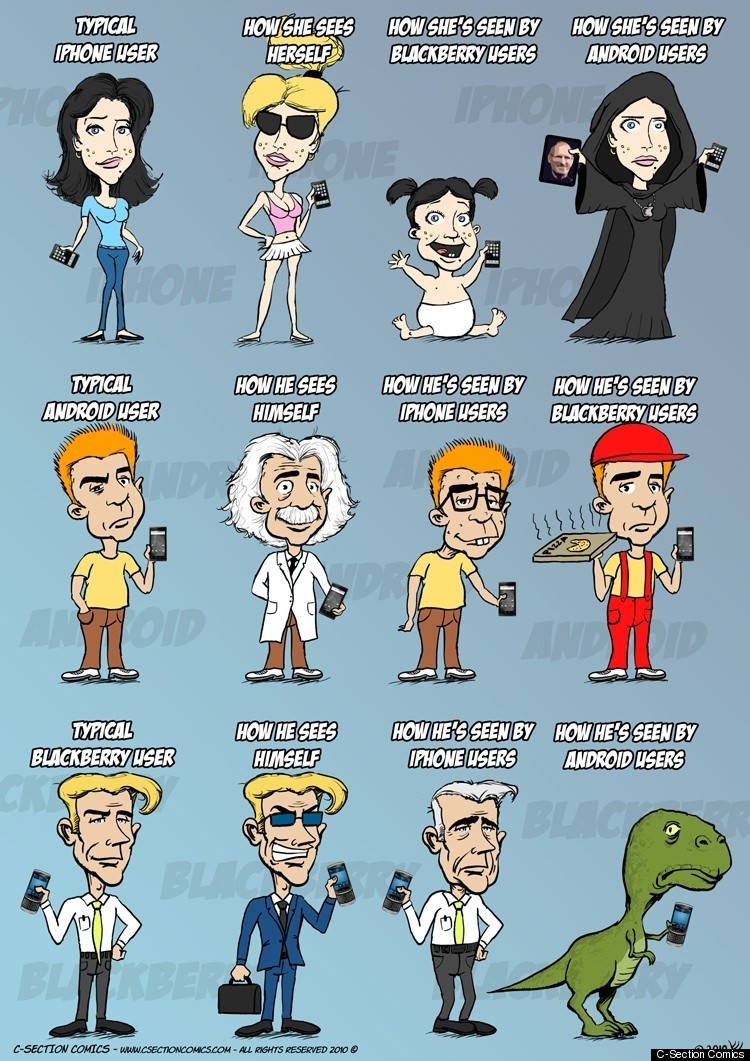