Casco Viejo, also known as Casco Antiguo, and commonly referred to as Old Panama City by Tourists is the Colonial district of Panama City. Literally translating to "Old Quarter," Casco is known for its colorful buildings built by the Spanish and French in the late 17th century. 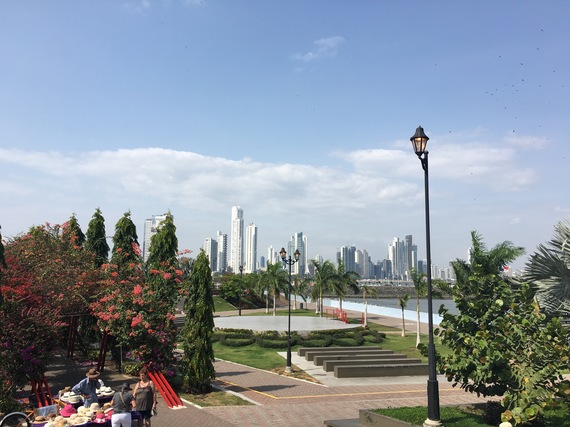 In 1904, when the United States began to break ground on the Panama Canal, Casco Viejo was the only Panama City. Eventually being abandoned due to the modern city's expansion, Casco became a more dangerous slum. Today, Casco is undergoing a transformation, turning it from slum into up-and-coming neighborhood.

After being designated a UNESCO World Heritage Site, many poor-er residents were forced out of the pastel-facaded buildings into the city's outskirts. Rey, our tour guide, explained that the government, in order to preserve the city's colonial appearance, has placed a height-restriction on the preservation efforts, meaning that if a new owner comes in, they are not allowed to make the current structure any taller than it already is.

Casco is home to many historic buildings, such as churches, and houses the home of the Panamanian President. The presence of police and security was very obvious, as this is considered to be a more dangerous portion of Panama City. However, not once did I feel unsafe while exploring with our group. 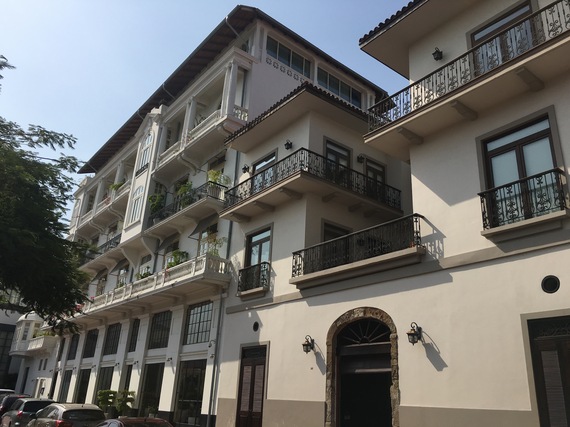 While walking around, our group peaked into unique art galleries, explored ancient churches, and passed by unique street art (basically everything a modern city has to offer!). 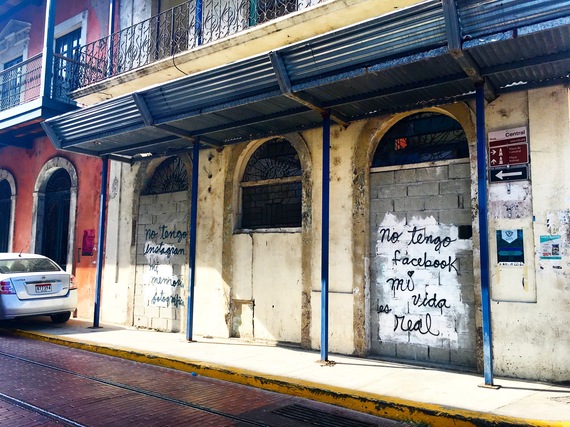 We spent several minutes looking around La Iglesias de San Jose, looking into the Compañia de Jesus (Society of Jesus), marveling at the Arco Chato (which is still standing from colonial times), and marveling at all of the typical houses in la Plaza de la Independence. 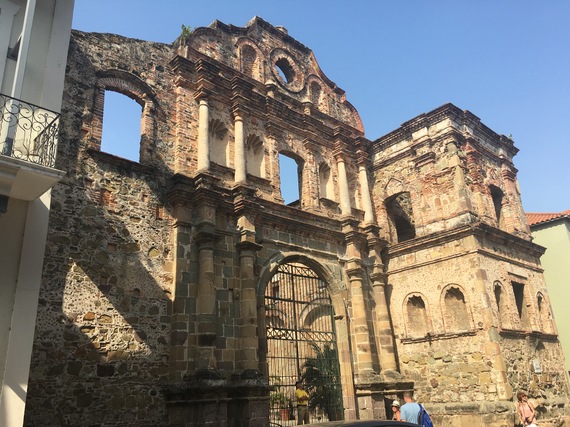 Rey pointed out the Canal Museum, which costs $2 USD to enter and $4 for an English-speaking audio tour. Unfortunately, we did not have enough time to visit the museum. (We had been fortunate enough to watch a vessel pass through the Miraflores locks earlier in the day!) 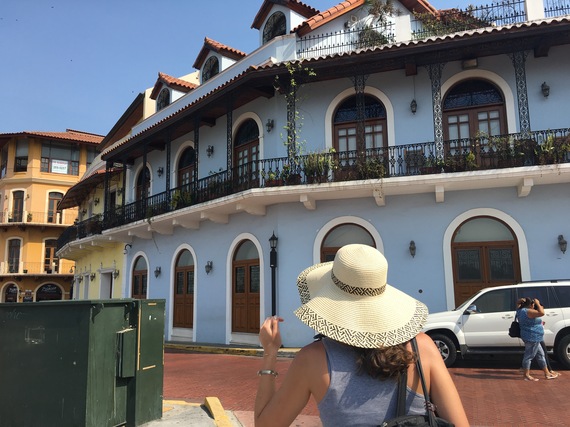 We visited the city during the day time, and started to head back towards Rio Hato by sundown. I wish I had the opportunity to experience Casco's nightlife, as I have read it is very vibrant. I guess that will be just another reason (of many) for why I should visit Panama, again.

How to See Casco Viejo

My tour was purchased through Apple Vacations' local affiliate, Gamboa Tours. I loved my experience with Gamboa. Tours are also available through the double decker company, City Sightseeing. If exploring on your own is more your style, take a stroll through Casco but be mindful of your belongings and small sidewalks.

This post was previously published by Jet-setting Spirit at "City Guide: Casco Viejo"