Casey Anthony's attorneys have filed a notice of appeal for her four convictions of lying to police. The document was filed at Orange County Court Courthouse Friday by Anthony's lead defense attorney, Jose Baez.

Last week, a jury of seven women and five men acquitted 25-year-old Anthony of killing her daughter, 2-year-old Caylee. The jury did, however, find Anthony guilty of four lesser counts of lying to police officers about the disappearance of her child.

On July 7, Chief Judge Belvin Perry sentenced Anthony to four years for the misdemeanor counts, but he shortened her term because she has served more than 1,000 days behind bars. She is scheduled for release Sunday.

Anthony's attorneys have also filed a motion asking Anthony be deemed indigent. If the motion is granted, the State of Florida will have to foot the bill for legal expenses associated with her appeal. 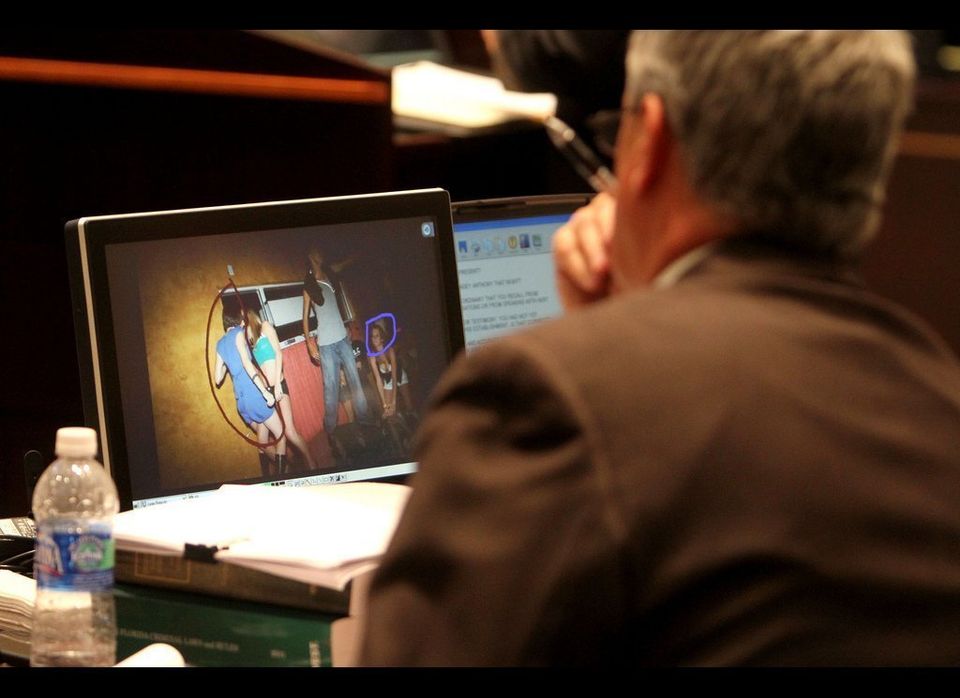 1 / 69
"Hot Body" Contest
Prosecutors look at a photo entered into evidence of Casey Anthony, in the the blue dress, dancing at a "hot body" contest in Orlando, Florida. Casey Anthony's former boyfriend and his roommates told jurors that the then-22-year-old mother entered the contest just four days after the date her daughter, Caylee, was last seen alive.
Orlando Sentinel