Wearing blue jeans and a bright pink top, Casey Anthony left prison in the early hours of Sunday morning as over 300 hundred people jeered and shouted at the free woman. But now that young Anthony has been tried and acquitted of murdering her two-year-old daughter, Caylee, that doesn’t mean she'll be safe, warns HLN’s Jane Velez-Mitchell.

“She should definitely be worried about her safety,” Velez-Mitchell tells me. “Her parents have gotten numerous death threats and she is considered perhaps the most despised woman in America.”

Since the not guilty first-degree murder verdict was announced, many have been so outraged that Velez-Mitchell, who has been covering the case for over three years with her HLN collegue, Nancy Grace, is very concerned.

“Any violence would be a sick coda to this whole sad affair," she tells me. "It should remind us that the innocent and the helpless -- be they children, the elderly, the disabled or nature's other creatures -- live at the mercy of powerful adults whose narcissism often silences their conscience. This case should cause us all to do some introspection and ask ourselves: what am I doing today to protect and defend the powerless among us?”

Even if that powerless person is now Anthony, herself. After her release from prison, the Tot Mom's current whereabouts are currently unknown. 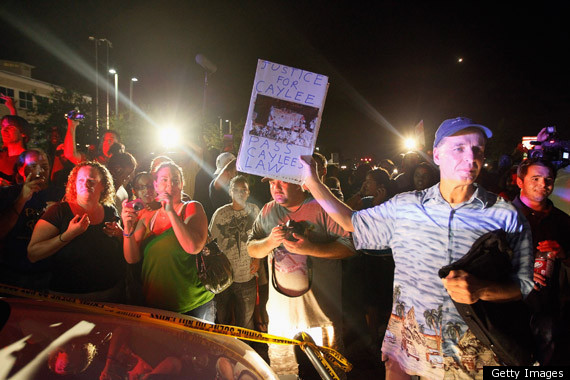