Casey Anthony has broken her silence.

Piers Morgan announced the exclusive on Twitter Tuesday, saying he spoke with Anthony and would discuss their conversation and her case on "Piers Morgan Tonight" at 9 p.m.

BREAKING: Casey Anthony tells me: 'I didn't kill my daughter..but I'm ashamed of the person that I was.' CNN 9pmET

Anthony told Morgan repeatedly that she did not kill her toddler, Caylee, but expressed regrets about how she handled the investigation, including the 31 days of lying to police about her daughter's whereabouts.

"I was 22. I was scared and confused with life in general, not having a direction," she said.

J. Cheney Mason, Anthony's attorney, told Morgan that his client didn't trust anyone when he met her. While he admitted the possibility she may be lying about her involvement in her child's death, he said, after over 300 jury trials and decades of life experience, "Anything is possible, but if she is [lying], she's probably the best, because I don't think for a minute she's ever tried to pull the wool over my eyes or anybody's eyes."

Anthony also responded to media and public misconceptions about her following the intense scrutiny of the investigation and trial. "It's horrible. It looks absolutely horrible, and I'm ashamed in many ways of the person that I was," she told Morgan by phone. "Even then, that wasn't who I am."

Morgan said Anthony was now very cynical about her portrayal in the media, which she characterized as "running with rumors that were just not true."

"I've never been a 'party girl' or much of a drinker and have probably only had a handful of beers since my probation," she told him. She also said she had never done drugs "except for a little bit of marijuana in my early 20s."

Mason said that his client is neither marketing nor selling anything, though he did leave the door open on the possibility of a future book. "Right now, we're sitting back watching," he said. "When the time comes, she will have her story."

"My life totally changed a year ago, but I'm dealing with it," she added.

In the meantime, Anthony has been living off the radar, filling her days by reading books, watching movies and working out. "She's currently reading this trilogy of books called 'The Hunger Games,'" her lawyer reported. He added that she does not watch the news or reality shows and favors classics like "The Three Stooges" and "I Love Lucy."

"I do not weigh 500 pounds and I am not moving to Costa Rica," Anthony told Morgan, hoping to clear up two of what she considered the biggest mistruths told about her current life.

While he did not comment about her future plans, Morgan did ask Anthony's attorney about what he envisions for his client's future.

"She was very committed to and loved her daughter," Mason said. "It might take a while for her to be accepted in the mainstream again... but she probably would like to be a mother again."

Anthony's trial for the murder of her daughter, Caylee Anthony, rocked the nation last year, including the very network that had an exclusive with her Tuesday.

On CNN's HLN, anchor Nancy Grace infamously responded to Anthony's acquittal by declaring "Somewhere out there tonight, the devil is dancing."

Grace appeared on an episode of Morgan's show soon after the verdict was announced, defending the emotional tone on her own show and her open conviction that the "Tot Mom" was guilty.

"That's why she killed her child. That's why she got the tattoo, the Sweet Life. That's why she partied on a stripper pole in a mini skirt and a pushup bra, while Caylee was missing, i.e. rotting," Grace told Morgan, who criticized the "trial by television" approach to reporting on the trial. 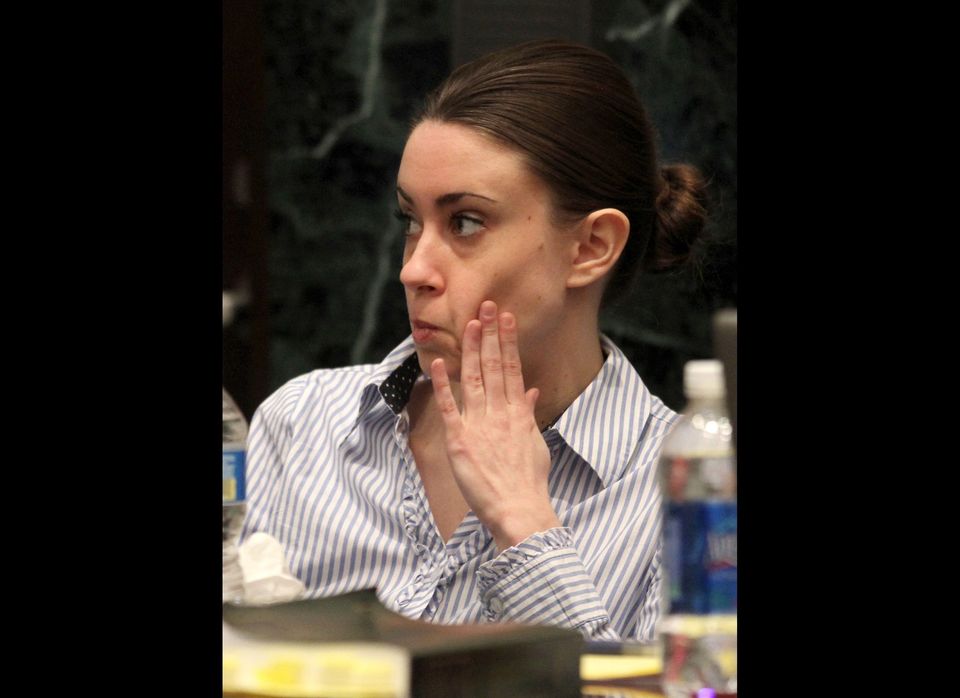 1 / 24
Casey Anthony Personal Photo
The bombshell trial of Casey Anthony captivated the nation's attention. The Florida mother, pictured in this photo from her Photobucket.com account, was found not guilty of murdering her two-year-old daughter, Caylee.