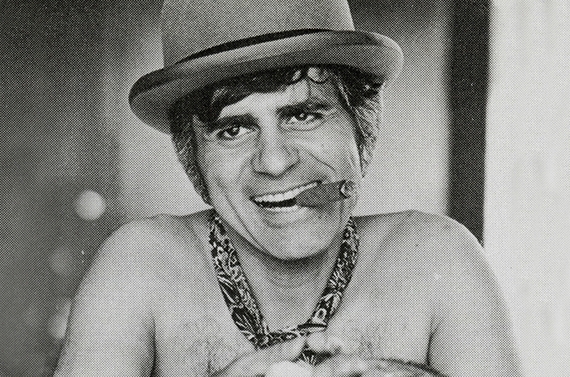 I grew up musically in the 1980s, a decade in which musical tribalism was at its peak. If your allegiance (as mine was, mostly) was to American Indie Rock and it's sub-strains it meant instant hostility towards British artists like The Smiths or Echo and the Bunnymen. Forget classic rock, that was for guys who drove Camaros at the Jersey Shore. The worst of all was anything that was "Top 40" -- so banal and homogenized that a commercial radio station deigned to actually play it. R.E.M., by these lights, went from heroes to "sell-outs" in 1987 when "The One I Love" became their first Top 10 hit.

This thinking was so ingrained that it accounted for a measure of Kurt Cobain's self- loathing as Nirvana became the world's biggest band. How could they possibly be good AND popular?

What this really had to do with was the corporatization of radio, which had gone free-form with the rise of FM in the 1970s only to become a regimented, segmented, centralized beast by the late 80s. Even the music I had sworn pigheaded fealty to would spawn a highly researched and controlled format, "Alternative Rock," that briefly had a day in the sun thanks to the breakthrough of Nirvana, Pearl Jam and British stalwarts like The Cure and Depeche Mode in the early 90s.

Thanks in part to the great leveling influence of the Internet, musical tastes now have never been so diverse. People hop around freely from rap, to cumbia, to folk-rock without batting an eye. Music criticism has entered an anti-elite phase that requires that Miley Cyrus be given as much consideration as St. Vincent.

This grand disinterest in genre barriers really isn't that new however -- in fact, starting in 1970 it was the cornerstone of Casey Kasem's American Top 40 Countdown. Every week listeners (me included) could hear the most popular songs in the nation, regardless of musical type. It may be that only a profound non-fan like Kasem could oversee such a marvelously polyglot adherence to the numbers versus the content.

The other impact this, and the corresponding rise in the Top 40 radio format in the late 70s bought about was the re-emergence of the single after so much industry emphasis on the album. Individual songs also gained their own videos as MTV emerged in 1981, which accelerated the some of Top 40s genre-busting (though MTV would be late to hip hop culture and black artists and country struggled to get shown.)

How diverse was Top 40? I would call the years 1977-1984 the peak years for classic Top 40 so let's take a look at 1981, a year that falls right in the middle of this golden age. This is Billboard's Top 100 songs for the year which means that during the course of 1981 every single one of these 100 songs jostled against each other in various permutations of Casey Kasem's countdown. Look at the genres, genders, skin colors, and even world views represented on this chart:

The first thing that stands out is how many of these songs were what Jody Rosen recently described as schlock in a fantastic piece for New York magazine -- with no pejorative implied. Here's his definition:

"Schlock, at its finest, is where bad taste becomes great art. Schlock is music that subjugates all other values to brute emotional impact; it aims to overwhelm, to body-slam the senses, to deliver catharsis like a linebacker delivers a clothesline tackle. The qualities traditionally prized by music critics and other listeners of discerning taste -- sophistication, subtlety, wit, irony, originality, "experimentation" -- have no place in schlock. Schlock is extravagant, grandiose, sentimental, with an unshakable faith in the crudest melodrama, the biggest statements, the most timeworn tropes and most overwrought gestures. Put another way: Schlock is Rodgers and Hammerstein, not Rodgers and Hart. It's 'Climb Ev'ry Mountain' and 'You'll Never Walk Alone,' not 'Manhattan' and 'My Funny Valentine.' "

"Keep on Lovin' You" by REO Speedwagon, "America" by Neil Diamond, "Angel of The Morning" by Juice Newton all fit the bill. What really interests me though is the range of music on display. From the easy listening of Diana Ross and Lionel Richie's theme from "Endless Love," to the late John Lennon's doo-wop influenced comeback single "Starting Over," to Kool and The Gang's soon-to-be wedding band classic pop funk jam "Celebration", to Hall & Oates blue-eyed soul of "Kiss Is On My List," to Dolly Parton's country pop theme from "9 To 5," to Blondie's groundbreaking disco/rap mashup "Rapture," to Grover Washington Jr.'s quiet storm "Just The Two of Us," to the power pop crunch of Greg Kihn's "The Breakup Song," to Springsteen's classic rock "Hungry Heart," to The Police's new wave, Stevie Wonder in hard funk mode, the yacht rock of Christopher Cross, the wimp rock of Dan Fogelberg, Devo's post-punk art rock, Rosanne Cash inventing alt-country -- the breadth is amazing. You would simply NEVER hear a radio station playing all of these songs in rotation today. But in 1981, these were regularly back-to-back on Casey Kasem's show.

It's refreshing to think that all you needed to get played on Top 40 was that magical hit song regardless of genre. While that may smack of selling out, or as Glen Campbell sang in his his Top 40 hit from 1975 "Rhinestone Cowboy" -- "There's been a load of compromisin'/
On the road to my horizon" -- it also meant that anyone who wanted to could take a crack at a hit song and maybe, lead listeners down the garden path on an album.

Eventually the racial, gender, and even class diversity (think of how country music is thought of by many urban dwellers) fell to the wave of radio consolidation that in turn led to audience segmentation by station.

It took the Internet to put real music discovery back on the table through streaming services like Pandora and Spotify, YouTube's plethora of music of all types, and even the deep catalog of the iTunes store. Somehow though, it feels diffuse, with many listeners all off in their own musical experience.

With Casey Kasem though, the sound of everything was united by the cold logic of the charts and the warm bonhomie of his chipper voice. He'll be missed.