Good photographers go to great lengths to get the best pictures, but few have ventured farther than Cassini did on July 19, 2013. From 5:27 p.m. to 5:42 p.m. EDT on that date, the robotic spacecraft peered across almost 900 million miles of empty space to capture a series of awe-inspiring images of Earth.

From such a great distance, Earth doesn't exactly fill the frame: it's visible as a tiny dot (indicated by the arrow in the image below). 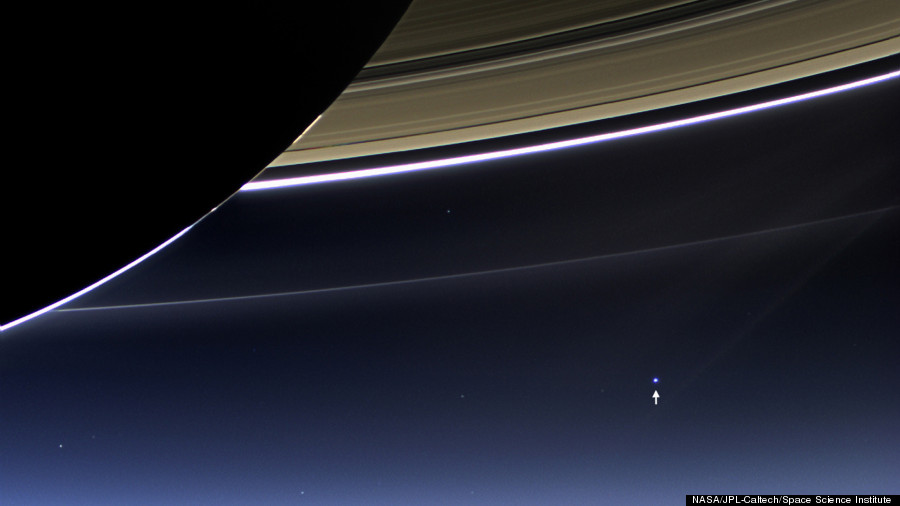 According to NASA, the moon is visible as a faint protrusion off Earth's right side. But to see the Earth and moon as distinct bodies, you'll have to look at another image (below) from the series: 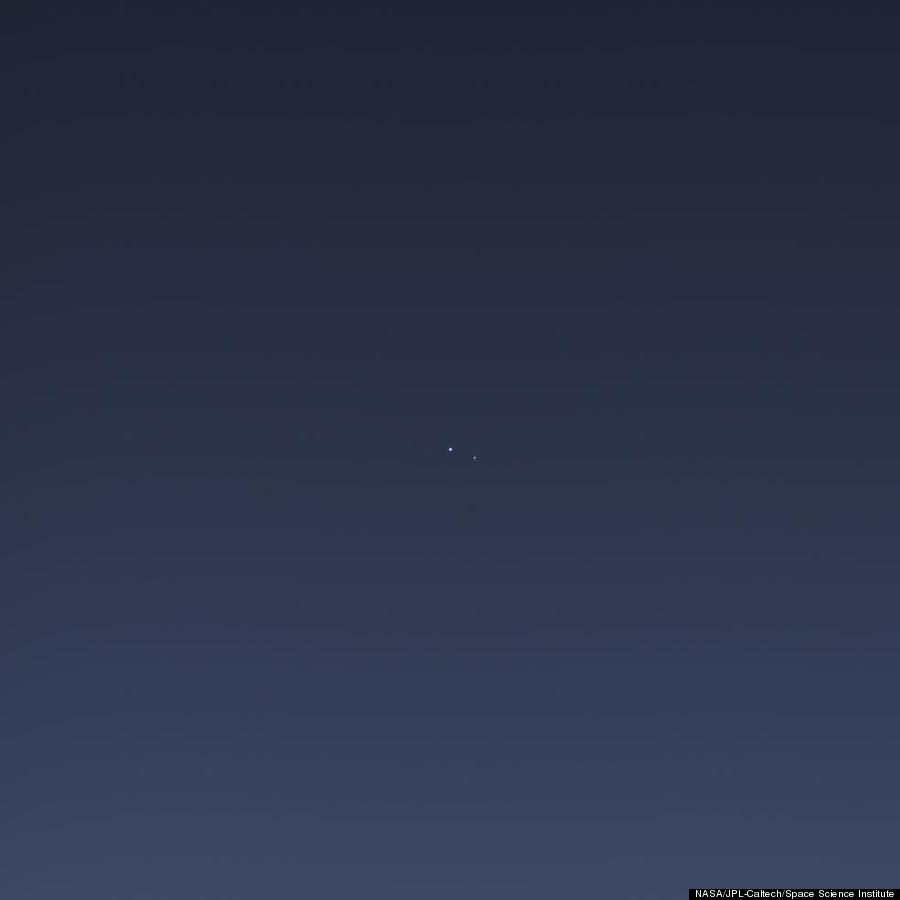 "We can't see individual continents or people in this portrait of Earth, but this pale blue dot is a succinct summary of who we were on July 19," Linda Spilker, a Cassini scientist at NASA's Jet Propulsion Laboratory (JPL) in Pasadena, Calif., said in a written statement. "Cassini's picture reminds us how tiny our home planet is in the vastness of space, and also testifies to the ingenuity of the citizens of this tiny planet to send a robotic spacecraft so far away from home to study Saturn and take a look-back photo of Earth."

This is only the third time Earth has been imaged from the outer reaches of the solar system. The first such image was the famous "pale blue dot" photograph taken 23 years ago by NASA's Voyager 1 spacecraft when it was even farther away from home -- a distance of 4 billion miles. The second was an image captured by Cassini in 2006, when the Saturn-exploring craft was 926 million miles away.

The new photo shoot was also first time that earthlings were told in advance that an interplanetary paparazzo would be taking our portrait. To mark the occasion, NASA encouraged people to step outside to wave at Saturn when the images were snapped.

The space agency even created a form on its website that lets users download a customized "certificate of participation" in the group wave.

As explained on a blog post published on the JPL website, everyone on the side of the Earth that was in sunlight at the time -- North America and part of the Atlantic Ocean -- was in the picture. Western Africa and Europe were also facing Cassini's camera, but were in darkness.

All told, more than 20,000 people waved at Cassini, according to NASA. That tally included about 200 scientists, engineers, and visitors who gathered at JPL's mall area (see image below): 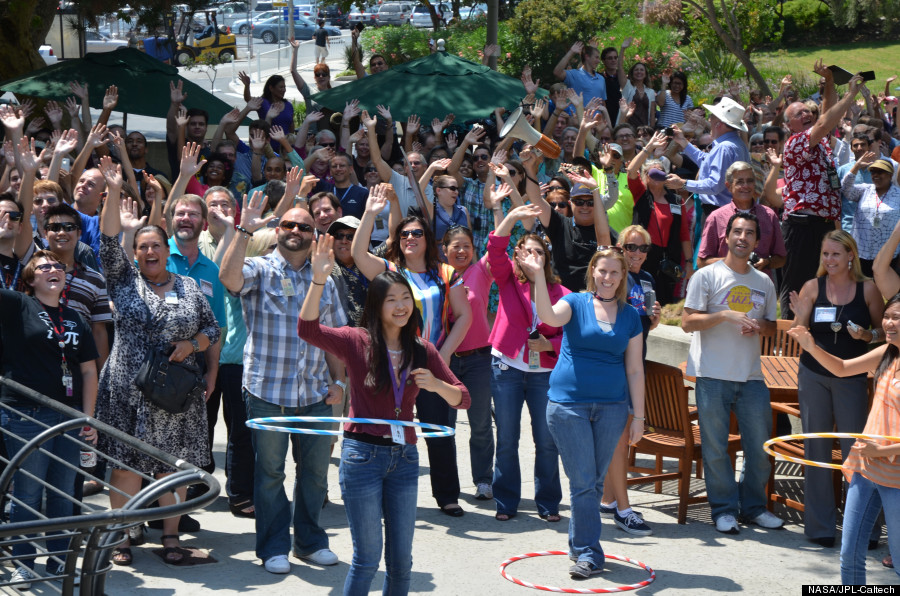 The Cassini-Huygens mission is a joint project of NASA, the European Space Agency, and the Italian Space Agency. Cassini was launched in 1997 and has been orbiting Saturn since 2004.

Cassini Earth PHOTOS: Saturn Orbiter Snaps Amazing Images Of Our Planet From 900 Million Miles Away
Cassini Pictures Of Saturn And Its Moons