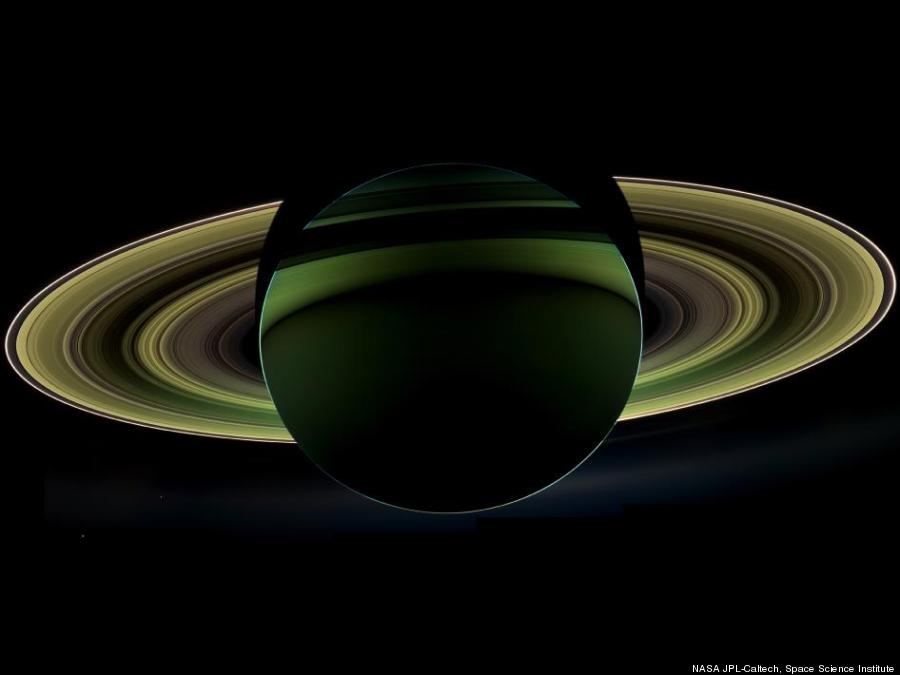 The Cassini spacecraft has taken lots of spectacular photos of Saturn over the eight-plus years it's been orbiting the ringed gas giant. But a new image released just in time for the holidays may be the most beautiful.

"Of all the many glorious images we have received from Saturn, none are more strikingly unusual than those taken from Saturn's shadow," the lead of the Cassini imaging team at the Space Science Institute, Carolyn Porco, said of the new image in a written statement released by NASA's Jet Propulsion Laboratory.

The institute is based in Boulder, Colo.

The glorious back-lit photograph--actually a mosaic of images taken in the violet, visible, and near-infrared parts of the electromagnetic spectrum taken when Cassini was about 500,00 miles from Saturn--was snapped on Oct. 17, 2012, during the probe's 174th orbit around the planet, according to the statement.

At the time, the space probe was situated in what space scientists call a "very scientifically advantageous and coveted viewing position"--namely peering back toward the sun while in Saturn's shadow.

The image shows neither the sun nor Earth but does capture two of Saturn's moons, Enceladus and Tethys, according to the statement. They are tiny but visible off the planet's lower left side, with Enceladus closer to the rings and Tethys below and to the left.

The last time Cassini snapped a photo from this position was in Sept. 2006. That mosaic image, processed to look like natural color, was called "In Saturn's Shadow." Unlike the new image, it showed Earth in the background.

Earlier in December, a photo snapped by Cassini showed evidence of a vast river system on Saturn's biggest moon, Titan.