NASA's Wide-Infrared Survey Explorer has captured a breathtaking image of the "Heart and Soul nebulae" located in the Cassiopeia constellation.

As the University of California's Ned Wright noted in his presentation of the image at an American Astronomical Society meeting, the nebulae are so-named because of their resemblance to a "Valentine's Day heart" (on the left-hand side of the image) and a " a surgical heart that you have in your body" (on the right-hand side).

The nebulae, around 6,000 light-years from Earth, are "star-making factories" that measure some 580 light-years across.

Wired explains that the portrait of the Cassiopeia nebulae was "stitched together from 1,147 individual frames."

See the nebulae below (via
Wired) 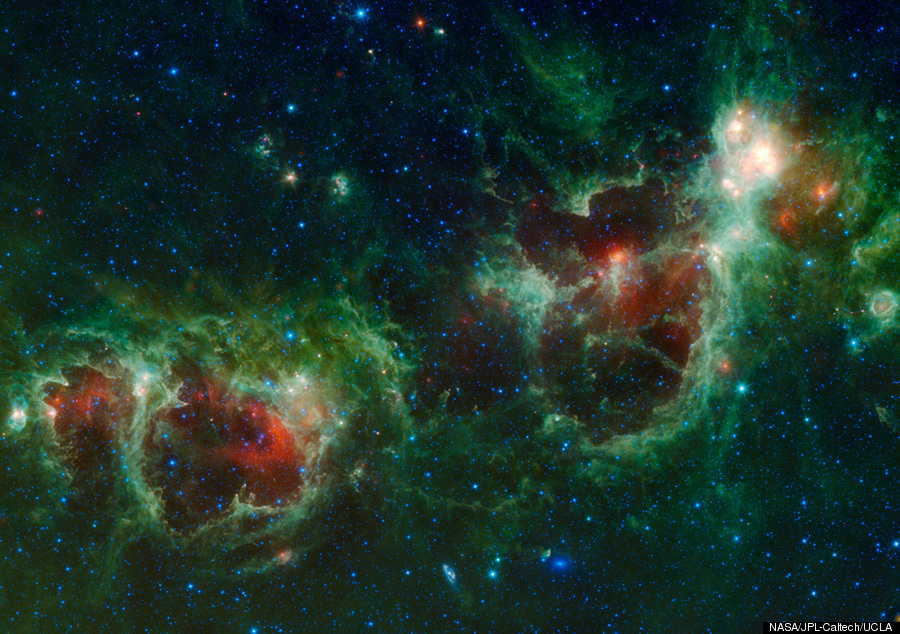