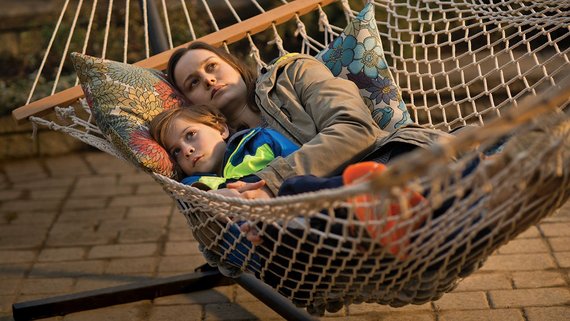 Jacob Tremblay and Brie Larson in Room (via The Hollywood Reporter)

In July 2013, the Academy of Motion Picture Arts and Sciences made a major announcement. After 84 years of excluding casting directors from voting, they finally opened up a new voting branch and let the casting directors in. This was a major accomplishment, but casting directors still don't feel like we are completely part of the Academy, because there is still no Best Casting category. That puts us in a peculiar position: We can vote, but we can't win.

Thanks to the buzz generated by Tom Donahue's 2013 Emmy nominated documentary Casting By, viewers learned about the inside world of casting and finally saw the detailed hard work and creative process of the casting director. The Academy also took notice. "The best news was that the movie made a stir," says one of the film's producers, Kate Lacey-Kiley. "A few days before our premiere on HBO the Academy announced they were adding a voting branch for casting directors which was a big first step. Casting is a pivotal element of the filmmaking process, and casting directors need to be diligent and unified in continuing their fight to finally gain that recognition."

That recognition has been slow to come. The casting director's job is to synthesize the director's vision for the characters and find actors who bring life to the story. It helps to have a really good memory and a lot of patience. We speak to agents, we conduct grassroots searches, we direct actors in the audition room, we sift through the hundreds of audition tapes, and send only the best actors on. Because casting takes place early on in the movie's production, it's private and confidential and often only the film's producer, director and casting director know who's being considered for a role. It's worth noting, too, that the Casting Society of America (CSA) estimated in 2013 that more than 73% of its 600 members were women.

London-based casting director Fiona Weir worked on two extraordinary movies this year, both of which are nominated for multiple Oscars, including Best Picture: Brooklyn and Room.

In Room, Weir had a particularly hard task: finding a young actor for the lead role of Jack. Weir and her global casting team (Kathleen Chopin in the United States and Robin Cook in Canada) conducted a four-month search for the role. Well over 950 young actors were screened in the U.S. and Canada combined, a process Weir describes as "trying to access kids from the furthest reaches -- London, Canada, and the United States -- in addition to the professional young actors with agents." Weir and her team narrowed in on Jacob Tremblay. He was very good in his first audition. By the end of the four-month casting process, he ended up being identified as one of the top choices. Weir commends Tremblay's immense talents: "Some children get better with each audition....Through the casting process, Jacob revealed himself to have a real capacity to go on the journey of the story." If you haven't seen Room, go see it. Great filmmaking, great acting and great casting.

"In the last few years, acknowledgement of our craft has grown immensely," CSA president Richard Hicks shared. "Thanks to the consistently excellent work of casting directors in all forms of media, there is now a deeper understanding of the contributive power of quality casting than ever before, and it's encouraging to see things moving in the right direction."

The casting can make or break a movie. When you tune into the Oscars on Sunday and watch the film clips of actors practicing their craft, remember that a casting director probably saw them first.

Jen Rudin is an award-winning casting director and author of Confessions of a Casting Director: Help Actors Land Any Role with Secrets from Inside the Audition Room (Harper Collins/It Books, 2013). She is a proud member of the Casting Society of America (CSA) and pens the monthly column "Speak Easy" for Backstage. Backstage recently named Jen one of the top NY CD's to follow on Twitter. Visit www.jenrudin.com and follow @RudinJen