A new video has popped up on YouTube that reveals a major "Castle" Season 6 spoiler, so read on if you dare.

For proof, check out Olivier's audition tape for "Castle" Season 6 below, which not only gives some insight into just how much his Fruitarian lifestyle drives Castle crazy, but also answers the biggest question of all: Will Beckett (Stana Kanic) accept Castle's proposal or will she go to Washington, D.C. where she was offered a job with a special task force?

Olivier posted a video of his audition to his Vimeo account and then deleted it, probably because the dialogue reveals the answer to that big question, which has been plaguing "Castle" fans since the Season 5 finale. Fortunately -- or unfortunately, depending on how you feel about spoilers -- Caskett fans caught wind of Olivier's audition tape and put it up on YouTube before he took it down.

Who knows if the dialogue will remain the same once Season 6 of "Castle" hits ABC this fall, but here's how the script reads in the audition tape above (starting at the :58 mark):

So, Beckett says yes and she still takes the job in D.C.?! Caskett just can't catch a break. But worry not -- Marlowe teased to TV Guide that Season 6 will be a "romantic" one, including "a birth, a new love interest for one character and possibly a wedding." He added, "Regardless of [Beckett's] answer, it is going to significantly change their relationship."

While we may not know who Castle finds to "talk about it" with, Beckett may be leaning on "House" alumna Lisa Edelstein, who will have a multi-episode arc on "Castle's" upcoming season as Rachel McCord, "a tough and highly-skilled Federal Investigator whose appearance plays a vital role in Beckett’s decisions about her future," according to TVLine.

Do you think Castle and Beckett will survive Season 6? Could we see their wedding this season? Sound off in the comments! 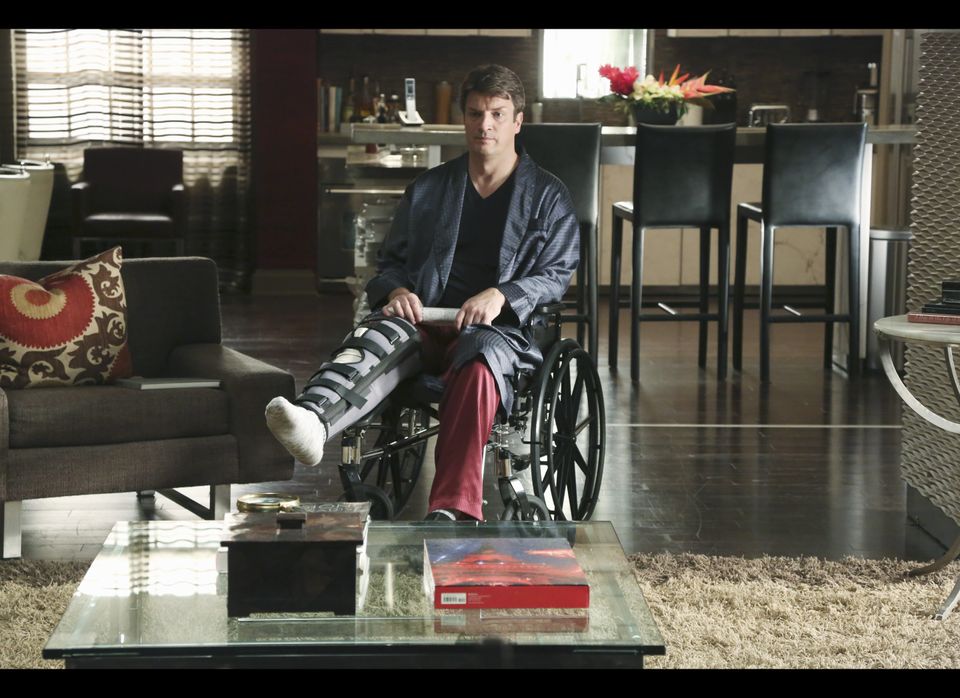